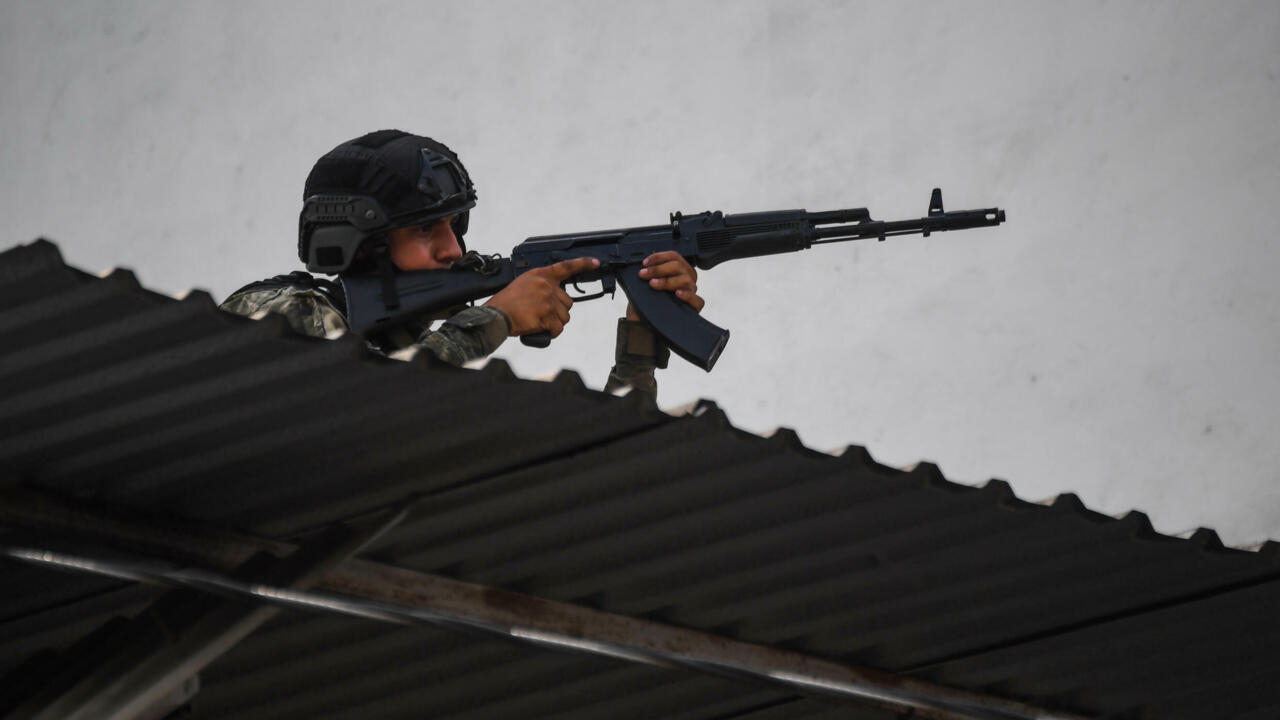 Gun fights broke out for the first time on Wednesday evening, forcing people to flee their homes.

“At least 20 Colombian paramilitaries, we captured three with their weapons, it seems that others were killed who are being identified,” said Maduro in front of the Miraflores presidential palace.

“I don’t know if the number they gave me is accurate, 10 dead, and others flee and we’re looking for them.”

Venezuela’s armed forces have clashed with Colombian armed groups along the border since March 21, displacing thousands of civilians who had fled to Colombia.

Venezuela does not name the armed groups it blames for the unrest, other than being called “terrorists” or associated with drug trafficking or Colombian President Ivan Duque.

Security sources in Colombia say, however, that they are likely dissidents of the now-defunct rebel group, the Revolutionary Armed Forces of Colombia (FARC).

“They had trenches, they had a place called bunkers, they had paramilitary logistical preparation for a war in Caracas,” he said, adding that “between 200 and 300 criminals” were paid with drug money.

At least 26 people died on Saturday after nearly two days of clashes between Venezuelan security forces and gangs controlling poor areas of Caracas.

She said an unspecified number of non-combatants died and 28 people were injured, including 18 bystanders.

There are enough “bullets for a year-long war,” said Maduro on Monday, without indicating whether the 10 paramilitaries were among the dead on Saturday.

Maduro has linked the criminal gangs to an alleged plan by the Venezuelan opposition, supported by the United States and Colombia, to “destabilize” his government.

Bogota, meanwhile, has long accused Venezuela of shielding members of the FARC and the armed rebel group ELN on its territory – an accusation Maduro denies.

Some FARC militants who refused to join the peace process have continued their struggle while also mingling with and fighting drug traffickers in lawless areas of Colombia.

Japan warns of crisis over Taiwan, growing danger from rivalry between the US and China