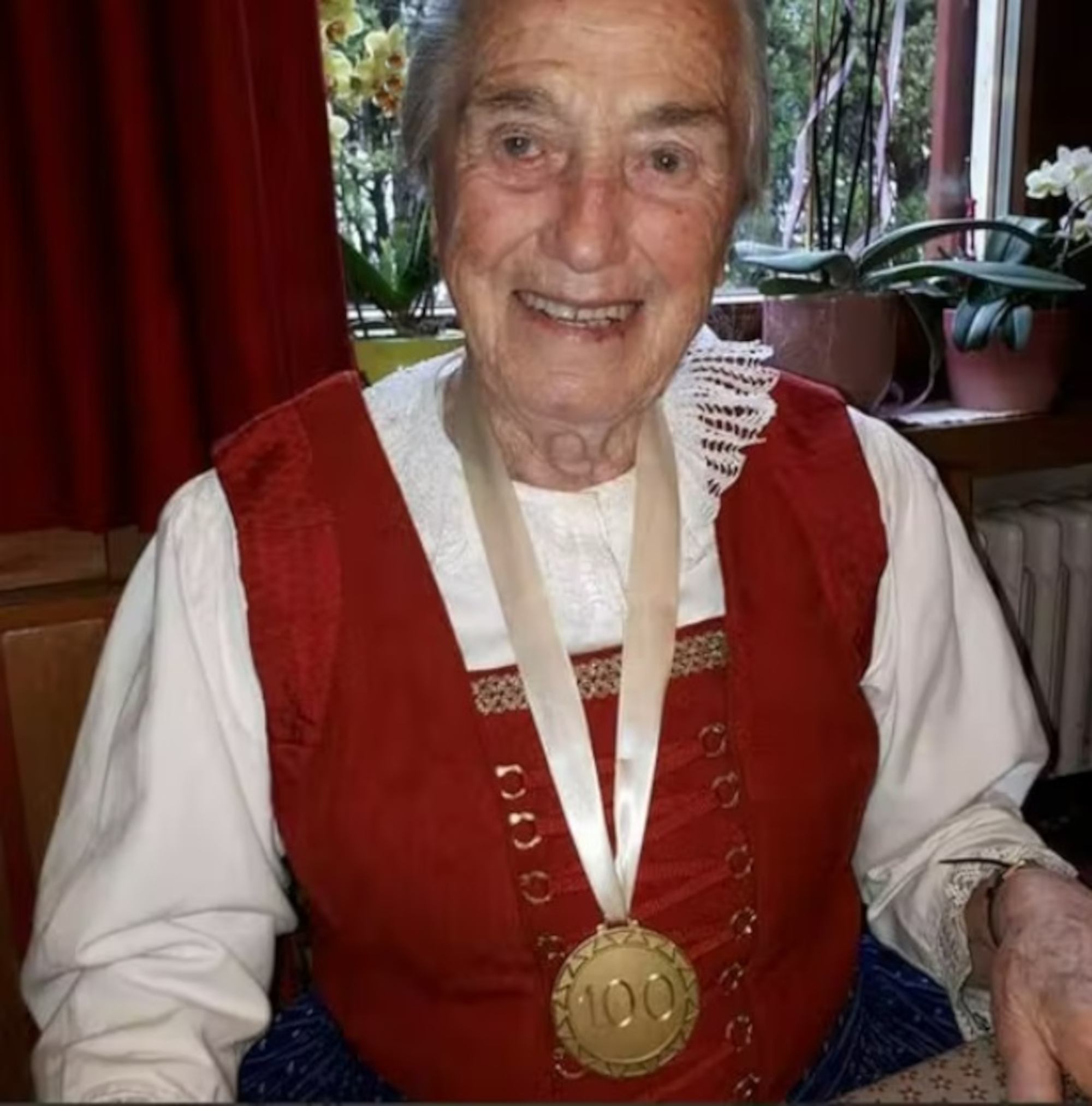 A brave woman who refused to accept that she had to speak Italian when Austria lost South Tyrol to fascists after World War I has said she wants her Austrian citizenship back before she dies.

Hermine Orian’s residential area was taken from Austria and handed over to Italy with the Treaty of London in 1915 in order to persuade Italy to join the Allies in the war.

Until 1918 it belonged to the Austro-Hungarian Principality of Tyrol, but this almost entirely German-speaking area was occupied by Italy at the end of the war in November 1918 and annexed by the Kingdom of Italy in 1919.

In the 1920s and 30s, the fascist dictator Benito Mussolini, who came to power in 1922, organized a mass movement of Italians into the region and the use of German was banned in schools and official buildings, including courts and public offices.

Hermine Orian, 103, from the Autonomous Province of South Tyrol in Italy, is fighting for Austrian citizenship and says she wants to die Austrian.
Andreas Hofer, Bund für Tirol AHBT/Zenger

Even German place names were changed to make them sound more Italian.

The German-speaking Orian, who was then a schoolgirl, risked her life by contesting this ruling and joining a network of underground schools known as “catacomb schools” where German could still be taught to children of local families.

The now 100-year-old, the last surviving catacomb school teacher, now faces one final battle – obtaining Austrian citizenship, because all she wants is “to die as an Austrian”.

The secret schools, like the one she worked at, were established illegally during the Fascist Italianization period of the 1920s.

German classes were banned nationwide by the federal government in 1923.

Only after the end of the Second World War in 1945 was Orian officially allowed to work as a teacher.

The South Tyrolean told the Austrian daily Kronen Zeitung: “For my 103rd birthday I have only one wish: to become an Austrian citizen. I was born Austrian and I want to die Austrian.”

The catacomb school network was organized and funded by patriotic clergymen and lawyers. Their main tasks were to provide books and to find suitable places such as cellars, stables and out-of-the-way shacks belonging to the movement’s supporters.

Orian was one of around 200 catacomb school teachers. At the age of 13 she joined her undercover network.

Orian has received various awards recognizing her passion and determination in promoting and preserving her native German language in the region.

Orian was born Hermine Aloisia Mair on April 29, 1919 in Kurtatsch, a municipality about 26 km southwest of the South Tyrolean capital of Bozen.

Today the great-grandmother, who is in good physical condition despite her advanced age, lives in Schenna, a small town around 26 kilometers north-west of Bolzano.

South Tyrol is an autonomous Italian province bordering Austria. Around 62 percent of the 532,000 inhabitants state German as their mother tongue. Italian is the mother tongue of only 23 percent of South Tyroleans.

Peter Wurm from the right-wing Freedom Party of Austria (FPÖ) said: “Becoming an Austrian citizen has become a gift for people from all over the world. The government has acted as if this precious gift was worth nothing.

“However, she refuses to recognize the merits of a respected citizen. That’s outrageous. She has been a part of our people for decades.

“The Austrian legislator should express our gratitude for Ms. Orian’s achievements by granting her an Austrian passport.”

Orian also received support from the Andreas-Hofer-Bund (AHB), a patriotic association named after Andreas Hofer, a landlord and leader of the Tyrolean uprising against invading Napoleonic troops during the Fifth Coalition War in 1809, a conflict of the Tyrolean Napoleonic Wars.

The AHB said in a statement: “This courageous woman has made enormous sacrifices. Your commitment prevented the erasure of the South Tyrolean cultural heritage intended by the fascists.”

The current Austrian coalition government of the ÖVP and the Greens has shown no intention of changing current citizenship regulations.

Italian citizens with German as their mother tongue living in South Tyrol cannot acquire dual citizenship of Italy and Austria.

The previous ÖVP-FPÖ government had expressed its intention to “rethink” the dual state law. It set up a committee of experts to consider options on the matter. However, the current ÖVP-Green coalition has put the matter on hold.

This story was provided to Newsweek by Zenger News.

Pandemic years have hit teens hard, especially in DuPage County. But there is reason…