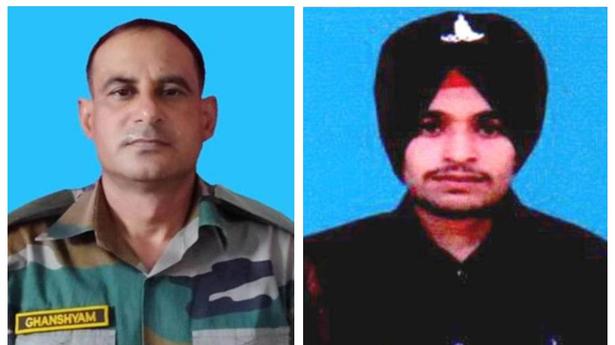 Up to 107 awards for bravery to the Armed Forces and Central Armed Police Forces (CAPF) have been approved by President Droupadi Murmu on Independence Day, including three Kirti chakras and 13 Shaurya chakras, a Defense Ministry statement said.

The President approved 40 mentions in dispatches to the Army, one to the Air Force and another to Army Dog Axel (posthumously) for their significant contributions to various military operations, including Operation Snow Leopard and Operation Trikut. The 2020 Galwan clashes in Ladakh, which saw 20 soldiers killed in violent clashes with the Chinese People’s Liberation Army, was codenamed Operation Snow Leopard.


Naik Devendra Pratap Singh of the Army was awarded the Kirti Chakra for showing indomitable courage and dedication beyond the call of duty which led to the elimination of two hardcore terrorists in Pulwama in Jammu and Kashmir. Eight Army personnel, two posthumously, and one from the Navy were awarded Shaurya Chakra. Of the eight army personnel, two are from the Para Special Forces while others were with the Rashtriya Rifles in the Kashmir Valley. All of the awards were for counter-terrorism and counter-insurgency operations in Jammu and Kashmir, an official said.


Sarkar was patrolling the Line of Control (LoC) in Jammu and Kashmir’s Kupwara on November 7-8, 2020 when he spotted terrorists trying to enter. He engaged the terrorists in hand-to-hand combat and killed one of them, but succumbed to his injuries. Guite engaged with a terrorist group near the LoC on December 1, 2020 and killed one of the terrorists despite receiving a bullet. He succumbed to his injuries.