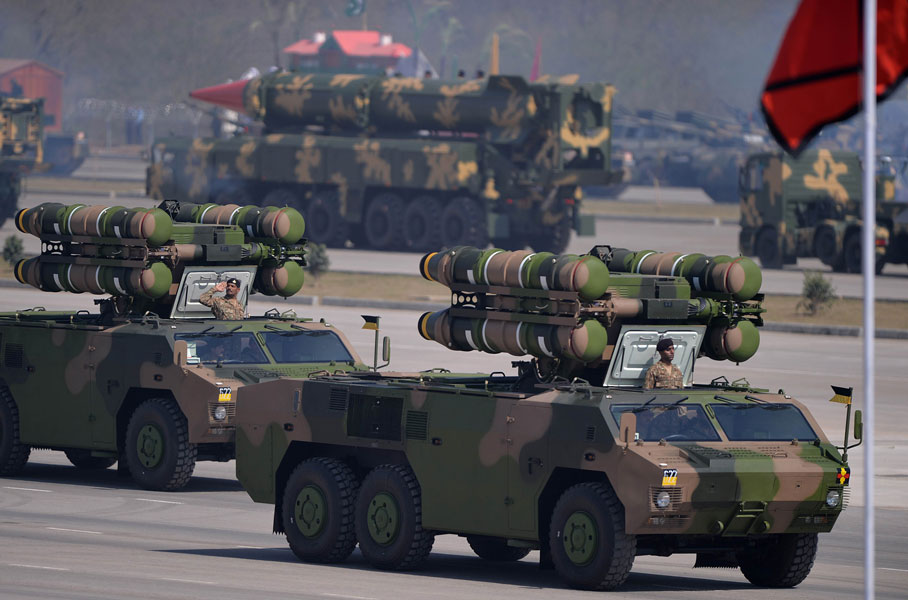 The government on Friday increased the defense budget for the current fiscal year by almost 6% to over Rs 1.45 trillion to meet the needs of the armed forces, including their increased salary requirements.

The decision to increase the defense budget by an additional Rs.80 billion was taken by the Cabinet’s Economic Coordinating Committee (ECC), which approved a total of Rs.182 billion in additional grants.

The ECC also approved the imposition of a 10% regulatory tariff on gasoline imports from China to curb abuse of bilateral free trade agreements. Some oil distributors diverted their imports through China to avoid 10% tariffs.

The Ministry of Defense had called for an additional defense budget of 80 billion rupees for “critical deficits”, in addition to budget adjustments for spending on Jinnah Naval Base, Turbat Naval Base and the multi-purpose headquarters office building.

Overall, the Ministry of Defense received Rs 153 billion in additional money this fiscal year, or 11.8% over last year’s revised budget, which is in line with the average rate of inflation in Pakistan. Defense spending is 2.2% of gross domestic product, excluding spending on the armed forces development program.

In July last year, the previous government gave all ranks of the armed forces a bonus of 15% of the current basic salary, adding another 38 billion rupees per year to the army’s budget needs.

On July 14, the EVZ revised the tax rates for all types and varieties of tobacco notified by the federal government.

The Ministry of Communications presented a summary of the funds required to settle liabilities of Pakistan Post Office Department (PPOD) utility and agency partners. Electricity bill collection is one of the agency’s tasks, carried out by the PPOD, and the amount so collected has been deposited into SBP’s Central Account-1. As of March 31, 2022, debts of Rs. 62.3 billion have been accumulated. The 25 billion rupees had already been approved to be paid to utilities in April.

The ECC, after much discussion, gave approval to release funds of Rs.37.33 crore for the PPOD to settle the remaining outstanding debts of the utilities and agency partners after verification of the requested amount by the SBP.

The Department of Commerce presented a summary of the levying of regulatory duties on imports of motor gasoline (MS). It has been informed that import of MS is subject to a 10% duty rate under Schedule 5 of the Customs Act 1969, but 0% under the China-Pakistan Free Trade Agreement (CPFTA). Those that took advantage of the FTA exemption paid no duty, while others paid a 10% duty. To correct this anomaly, after discussions, the ECC allowed the imposition of a regulatory duty of 10% on MS imports. However, if MS had paid 10% duty upon importation, it would be exempt from levying the regulatory duty.

The ECC also discussed and approved a summary of the guidelines for awarding honoraria presented by the Treasury Department, with instructions that the proposal could be redefined as the ECC Chair could, at his discretion, award additional honoraria to federal government employees.

The ECC approved Rs 40.5 crore for the Department of Commerce for payment claims approved by the SBP under the previous Government’s Duty Drawback Schemes (DLTL/LTLD) for textile and non-textile sectors. It allowed a payment of 2.2 billion rupees to the Federal Directorate of Education. Approximately Rs 4 billion has been made available to the Higher Education Commission under the World Bank project – Higher Education Development in Pakistan.

Russia-Ukraine War: What We Know on Day 99 of the Invasion | Ukraine