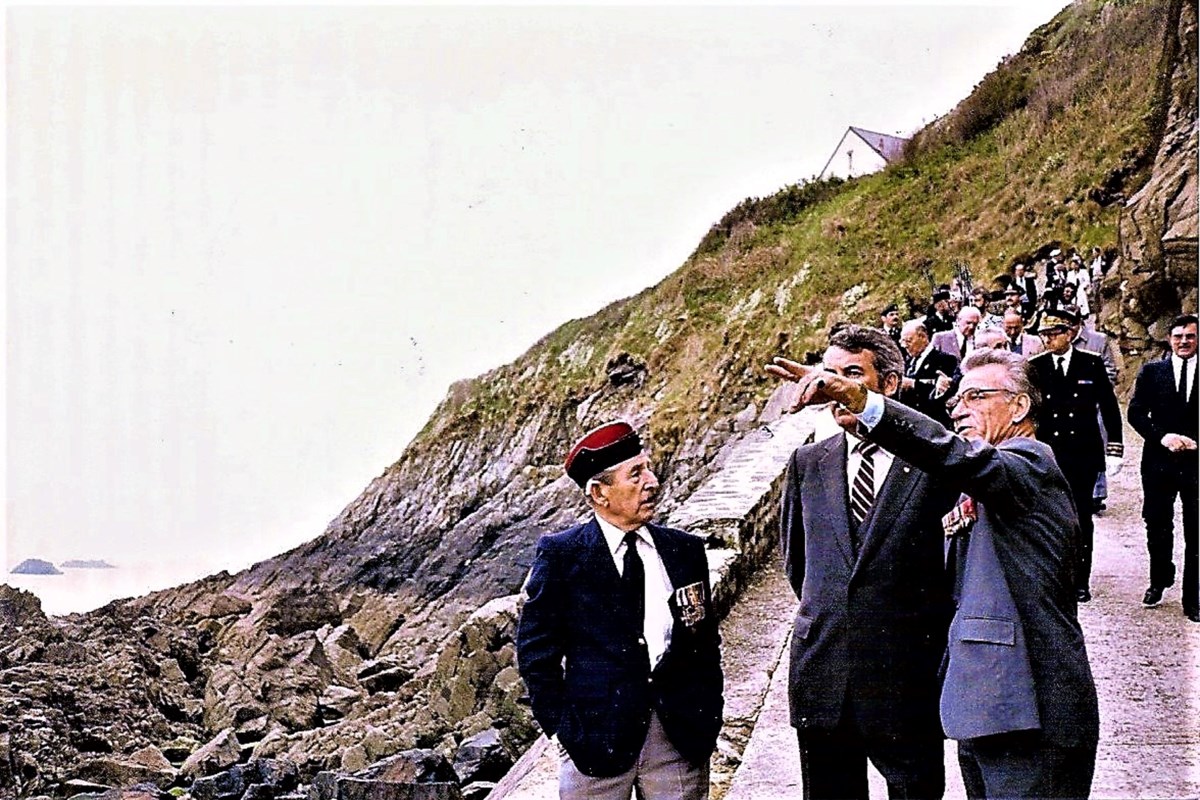 80th Anniversary of Dieppe: Sault soldiers suffered the horrors of an ambush

Gordon Kerr was part of the invasion force, codenamed Operation Jubilee, that landed in the heavily fortified French port city in the early hours of August 19, 1942

Back when I was a young teenager, my friend Garry Bassett and I attended Sunday School at Central United Church in Sault—and a memory haunts me to this day.

Our Sunday School teacher was a man named Gordon Kerr, and I wish he were alive today so I could thank him for his heroism during World War II. I would also like to apologize to him for our callous and reckless attitude when he attempted to share with us the details of his personal nightmare that occurred on August 19, 1942.

Mr Kerr was part of the invasion force, codenamed Operation Jubilee, which landed in the heavily fortified French port city of Dieppe in the early hours of this summer’s day exactly 80 years ago. The raid was doomed from the start. Of the 4,963 Canadians who sailed from England overnight, only 2,210 returned to their home ports – and many of them were wounded. The Germans took 1,946 prisoners of war and 916 Canadians lost their lives. Mr. Kerr was one of those wounded in the attack.

One of the fatalities was another Sault man. 27-year-old Private Orville John Bellmore of the Royal Regiment of Canada is buried in the Dieppe Canadian War Cemetery. He was the son of John and Victoria Bellmore. (Thanks to Sault’s media colleague Art Osborne, as well as to the Project ’44 website for providing me with the information on Private Bellmore).

To my eternal sadness, my friend Garry and I became more interested in a game of rock-paper-scissors at the back of the Sunday school class when Mr. Kerr tried to share his war experiences with us. We missed most of what he said and only looked up from our silly pastime when we heard a strange noise. It was Mr. Kerr, teary-eyed, noisily blowing his nose into a handkerchief. Unable to continue with the lesson, he choked out a few words letting us know that he would be finishing the lesson earlier than usual.

As I walked out into the summer sun that day, it never occurred to me that I had missed an opportunity to hear firsthand about an important historical event that had taken place just over a decade earlier. It would be nearly thirty years before that opportunity presented itself again.

In June 1984, as Communications Assistant to Minister for Veterans Affairs Bennett Campbell, I was fortunate to be part of the minister’s entourage who traveled to Plouha, Brittany for a ceremony where two French-Canadian World War II veterans were awarded medals for bravery by the French government.

Toward the end of the war, these two men had risked execution as spies when they agreed to be flown to Nazi-occupied France in a small Lysander plane. Disguised as French civilians, their bravery in helping the French underground (the Maquis) build an escape network would save the lives of nearly 150 Allied aircrew shot down. Their base of operations had been a farmhouse in this small town in northwestern France, halfway between Saint-Malo and Brest.

Lucien Dumais of Montreal had been a sergeant-major in the Les Fusiliers Mont-Royal Infantry Regiment when fate tapped him on the shoulder to become part of the invasion force for the ill-planned raid on Dieppe. I had the rare opportunity to spend three days in Plouha with him and his Ottawa colleague, Raymond LaBrosse, a former sergeant in the Canadian Corps of Signals.

As Lucien related his version of the events of August 19, 1942, my thoughts immediately turned to Gordon Kerr, and I sent my former Sunday school teacher a silent word of thanks for what he had gone through in the long and bitter struggle against Nazi aggression.

Lucien was there to tell the story because he was one of a handful of Dieppe’s 1,946 captured robbers who managed to escape his German guards. He ensured that no Franco-Canadian expressions entered the French he used on his freedom walk on the south coast of France, and eventually made it to England. When British intelligence urged him to rejoin the fray to set up an escape network codenamed Operation Bonaparte, he saw it not only as his patriotic duty, but also as a way of blaming the Germans for the brutal treatment of his men to avenge at Dieppe.

There are two schools of thought on that fateful event in August 1942. One group, myself included, still believes to this day that it was a colossal mistake that should never have happened. Most of the blame for this mess rests with the hapless Lord Louis Mountbatten, the Allied Chief of Combined Operations. The port was heavily fortified, the Germans knew in advance the raid was taking place through German spies in English pubs, and the invading force lacked the full air and naval support such an operation required to calm the enemy before the first Canadian Boots touched him French soil.

We armchair generals, who oppose the exercise, believe these troops were sacrificed to prove to Russia’s Joseph Stalin that it was too early in the war to launch a Second Front against the Nazis – whose forces were then beating the Soviet Union.

Apologists – the first of whom were propagandists for British intelligence during the war – have tried over the years to portray the disaster as a worthwhile exercise. Some of them suspect that part of the raid consisted of a squad tasked with capturing a German Enigma encryption machine.

Others say valuable lessons were learned that helped save lives two years later in the D-Day invasion further west along the Normandy coast. Lessons learned, of course – never penetrate a heavily fortified port, especially when the enemy knows you are coming and when you do not have adequate naval and air support. But those lessons should have been learned in military school.

Lucien Dumais, who deported at the Order’s ceremony in 1984, still fit and with a military attitude, recounted how he had to surrender in Dieppe to get medical help for his wounded. Back then, he had vowed he would never end up in the German POW camp one of their kidnappers had told them about when they were shot into cattle cars on a railway siding.

His opportunity to escape came when the train bound for Germany, still on French territory, slowed to negotiate a sharp bend. He and two other prisoners levered the planks out of one of the openings in their railroad car and jumped to safety. As mentioned in one of my military books, Lucien made his way back to England with the help of the French underground – and learned evasive tactics that would come in handy when he later volunteered to return to enemy territory.

Sweet revenge for the humiliations endured in Dieppe was meted out to Canada’s battle-weary World War II soldiers when the D-Day invasion on June 6, 1944 led to the Nazi surrender on French soil. This is how Canadian Press war correspondent Ross Munro, OBE, OC, described the Allies rolling into Rouen after the successful D-Day landings in Normandy in his post-war memoir, “Gauntlet to Overlord”:

“Columns of transports and half-tracks, tanks and guns, and hundreds of trucks full of fighters drove down the wide thoroughfares lined with ecstatic Frenchmen who gave a wild, sustained welcome. But the 2nd Division could not stay. It had a rendezvous with history 40 miles away.

“… At 10:30 a.m. on September 1, they entered Dieppe. The Germans were gone, fleeing as they approached. Instead of bullets and blood, Dieppe gave the Canadians flowers and wine. An insane population took to the streets to scream that the city was free.”

I hope with all my heart that Gordon Kerr of Sault was one of those victorious troops to enjoy the hero’s welcome he and his comrades so richly deserved.

Britain is investigating reports of affirmative action in its air force