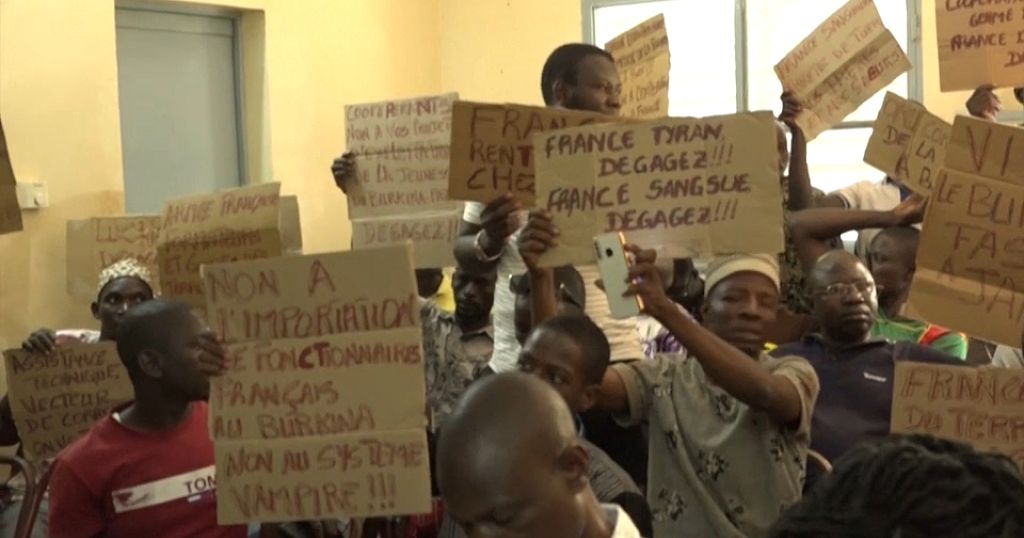 A new anti-France movement is emerging in Burkina Faso

Demonstrators rallied in front of the monument to former President Thomas Sankara in Ouagadougou on Saturday, July 30, to oppose the presence of the French military in the country. The figure of the Burkinabe revolution was assassinated during a coup led by Blaise Compaore, who was close to France until his ouster in 2014.

A newly formed coalition, M30 Naaba Wobgo, called for the termination of cooperation agreements with France.

“France clings miserably to its former African colonial empire, which it plunders, exploits its resources and orchestrates coups, kills their heads of state, ignites terrorism and foments wars and genocides.said Yéli Monique Kam, President of the M30 movement, to the crowd.

The protesters held banners reading “Down with UE, France’s accomplice”, “France is imperialist, tyrannical, parasitic, get out” and “No to cooperation agreements with France”.

“We take our fate into our own hands so that we have the freedom to choose partners and appropriate solutions that are good solutions to end the conflict.” added Yéli Monique Kam to an excited crowd.

The movement announced a rally for August 12 to demand “an end to French politics in all its forms and the departure of the French ambassador.”

These actions come just days after Emmanuel Macron ended his three-nation tour of Cameroon, Benin and Guinea-Bissau to “renew ties with countries in the region.”

Russia-Ukraine War Latest: What We Know on Day 158 of the Invasion | Ukraine