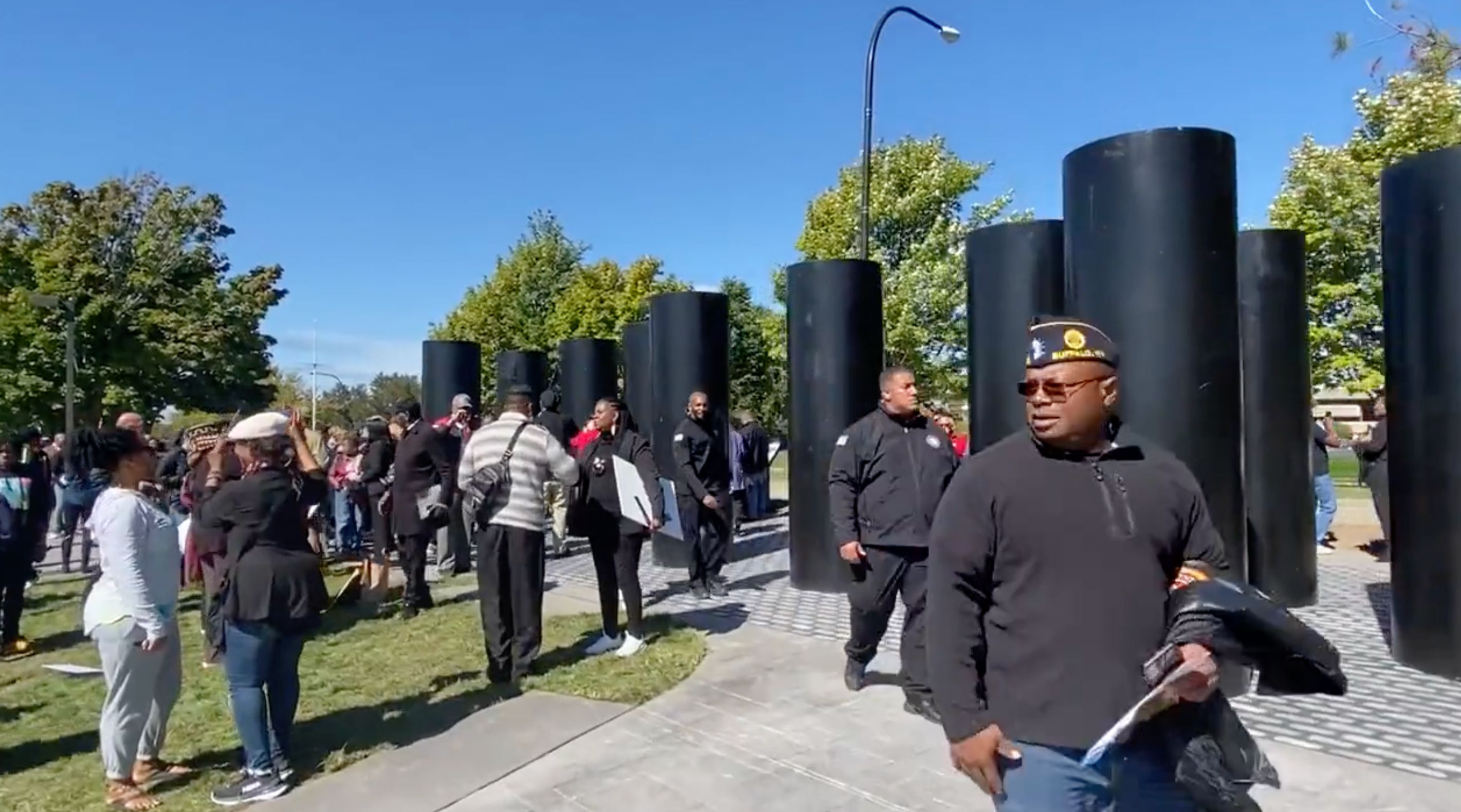 Black veterans from all five branches of the military were honored with a memorial to commemorate their service and contributions to the military.

The African American Veterans Monument was unveiled Saturday in Buffalo, New York, to honor black military personnel who have served and are currently serving in all five branches of the military during war and peacetime.

Blacks fought in all 12 break down barriers at the same timeof United States military conflicts since the country’s first war, whether volunteered or conscripted.

African American Veterans Monument: A first in US history

The memorial consists of 12 black concrete pillars, 10 feet high and 3 feet wide, arranged in chronological order, corresponding to each of the country’s 12 military conflicts.

The tops of the 12 black concrete pillars glow, representing the candles that families placed in their windows as beacons to guide a soldier home. The light emanating from the top of each pillar shines continuously as an eternal reminder of the commitments made by Black veterans.

New York Gov. Kathy Hochul attended the unveiling of the memorial and shared her excitement that Buffalo is the country’s first memorial to black veterans.

The history of our military cannot be told without considering the contributions of the African Americans who have served.

Proud that Buffalo is the country’s first memorial to African American veterans. We honor this story and are committed to passing it on to future generations. pic.twitter.com/2EILiTx2io

Warren Galloway, the chair of the memorial’s organizing committee, said: “There are many cities that might have statues of African Americans honored for WWI or Vietnam or whatever. But there is no other memorial in the country that we researched that honors African Americans in all 12 conflicts. That’s the difference,” he said.

The monument is a result of six years of planning and fundraising, honoring members of the Army, Air Force, Navy, Coast Guard and Marines.

The armed forces must have a mechanism for disciplinary proceedings against army officers for adultery: SC