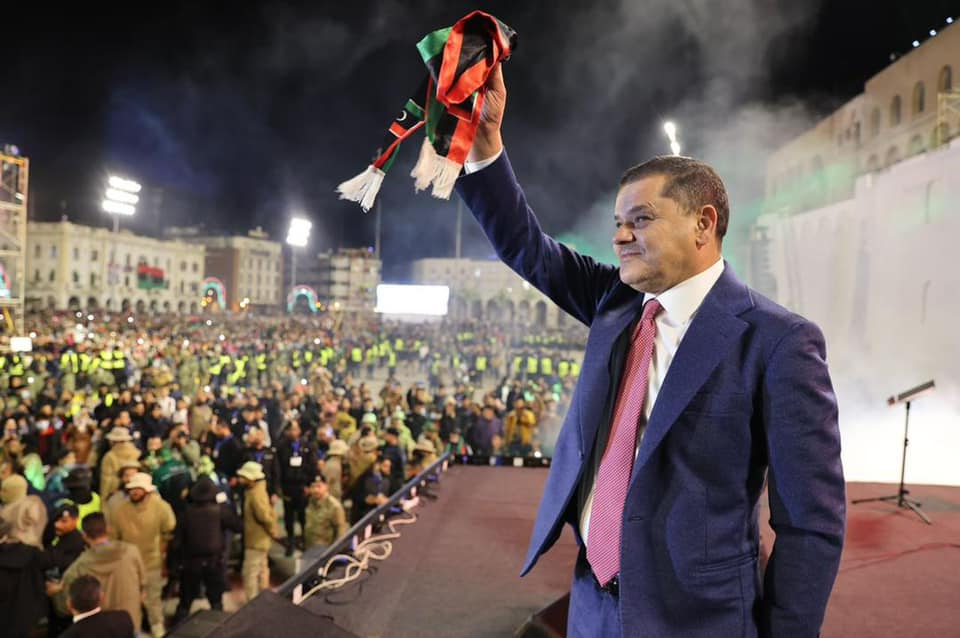 Aldabaiba proposes new roadmap for holding elections, loans and land for youth and money for health care for war-wounded – LibyaHerald

Acting Prime Minister Abd Alhamid Aldabaiba last night unveiled a new political roadmap for holding the postponed elections. He said details of the roadmap will be announced within the next two days, including the start of the election process next June.

Aldabaiba addressed the assembled thousands during celebrations of the 11th anniversary of the February 17 revolution in Tripoli’s main square, Martyrs’ Square.

No to war, no to partition

The caretaker prime minister, who lost a vote of confidence in the House of Representatives (HoR) last September, warned that “there is a group trying to foment wars in Tripoli and we tell them enough is enough,” adding: “We can’t fight anymore, and whoever wants to go back to war, we say no, and we won’t accept it, and we don’t accept division.”

The caretaker prime minister did not mention anyone by name, but it is widely believed he was referring to his opposing political coalition of Fathi Bashagha, HoR spokeswoman Ageela Saleh and eastern military commander Khalifa Hafter.

Aldabaiba is struggling to hold his position

Aldabaiba, who is struggling to keep his position after the HoR controversially elected former Interior Minister Fathi Bashagha as his successor, said his government will start distributing 50,000 lots for young people across the country from next Sunday.

Loans are also provided by the State Investment Bank for youth to build on the land, and 100,000 homes under construction are also distributed to young people to complete through allocated loans.

A billion for the war wounded

Aldabaiba added that 1 billion LD has been allocated and a committee formed to follow up the conditions of war wounded at home and abroad.

Salary increases in the Ministry of Interior

The salary increase for employees of the Interior Ministry will also be activated soon, he promised.

He also promised that the marriage benefit will continue without interruption

He also pledged to complete the health insurance project to include broader segments of society.