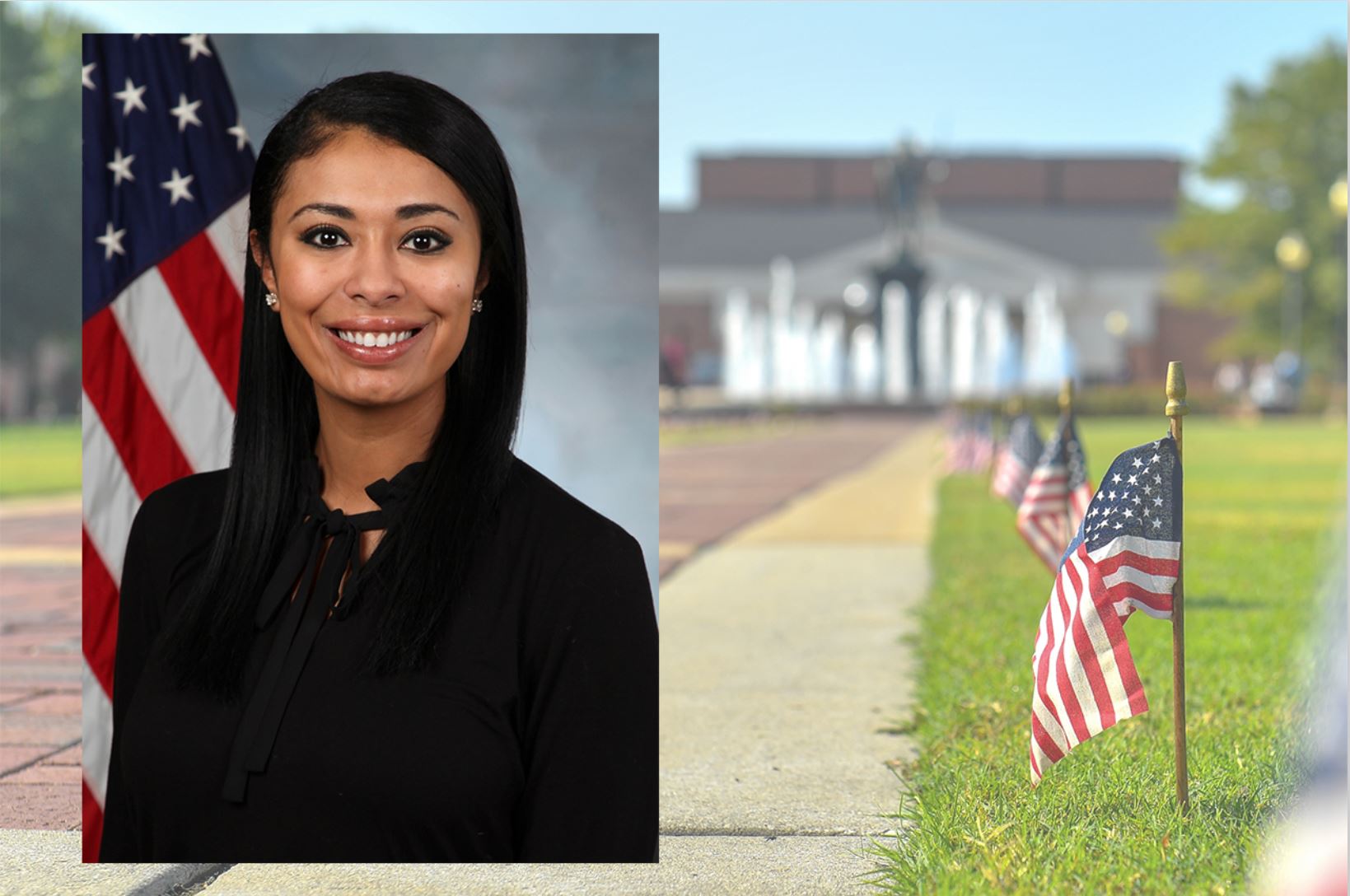 Alumna nominated for Military Spouse of the Year award.

the MSOY award was established in 2008 to honor military spouses from all ranks and branches of service and to recognize their contributions and commitment to their families, their community and their country. Pellegrino is one of 149 men and women nominated for this year’s award.

“Armed Forces Insurance’s Military Spouse of the Year program is more than an award,” said Lori Simmons, Armed Forces Insurance’s chief growth and marketing officer. â€œIt is the largest and longest established mission-driven community of military spouse leaders. If there’s one thing I’ve learned over the years, it’s that we really are stronger together.â€

A native of Ocean City, New Jersey, Pellegrino moved to Philadelphia, Pennsylvania when he was 17 to attend Saint Joseph’s University. While visiting Saint Joseph’s, she met her husband of nearly 13 years, Air Force Lieutenant Colonel Christopher Pellegrino. The couple later both graduated from the TROY Online master’s degree together.

Over the course of their marriage, the Pellegrinos have experienced 12 deployments, eight official permanent station changes (PCS) and multiple temporary relocations (TDY) with stops in Alabama, Arkansas, Texas, Florida, New Mexico and England. Having never lived so far from home – apart from a year abroad in Greece, her junior year of college – Pellegrino said she was concerned about military life and the many changes that awaited her.

â€œI separated from my career, my family and my friends. I didn’t know a single person, nor was I familiar with the area,” she said of her first move to Florida. “Chris was studying at the time and I moved to the area all by myself to try to settle in before we got married. There was a very steep learning curve. After Chris completed the training things started to fall into place, but then we were faced with countless TDYs and stressful assignments.

“At this point, I’m going with the flow when it comes to moving. I focus on my family and what we need as a unit to help us assimilate and thrive. We value open communication and do so many activities together to ease the transition and discomfort. We try to keep stable activities for our children to build intimacy and trust; We all live this lifestyle together and we can learn a lot from each other.â€

In addition to being a full-time civilian budget analyst for the Air Force, Pellegrino is the author of The Military Child Chronicles series of children’s books dedicated to helping military children adjust to the ever-changing life of the military family. Although she has experience in military life, she said she never realized the full extent of the difficulties faced by military families until they had children of their own.

“I was hoping to find books that could help families overcome PCS challenges, but resources seemed to be minimal,” she said. “I wanted to create a resource that families can use as a tool to help in these difficult situations and to encourage them to communicate with each other.”

In each new community, Pellegrino makes a point of becoming a member of the local spouses’ group. She has served as President of the Air Command Staff College Spouses Club (ACSC), which consists of over 400 spouses from across the country and internationally, and served on the board of the Maxwell Gunter Spouses Group as the ACSC liaison.

“We’ve loved organizing community events, fundraisers, game nights, fitness groups and newsletters,” she said. â€œMy interactions with such a large group of spouses from around the world have taught me the importance of building and having an interactive military community. It is crucial for us to have a military community and also to be involved in the local community. We’ve made a lot of friends with local people who are genuinely interested in getting us involved and supporting the military.â€

She was recently nominated and selected to participate in the Defense Civilian Emerging Leaders Program (DCELP). DCELP is a highly selective, competency-based leadership development program for emerging leaders that provides a comprehensive blueprint for professional development at the â€œLead Selfâ€ and â€œLead Teams/Projectsâ€ levels, in accordance with the US Department of Defense (DOD) Civilian Leadership Development Model offers. Pellegrino will serve as the United States Air Force Financial Management Field representative.

â€œHaving faced many career obstacles as a spouse in the military, I know how difficult it can be to maintain and grow a career. As a result, I participate in various podcasts to share my career experiences and tips,” she said. â€œI also offer mentoring, resume editing and feedback, and spousal-friendly employment opportunities for military personnel on my social media pages. I truly believe that it is important for spouses to pursue their dreams and I love to see this become a reality for them.”

â€œBy being recognized as the AFI Military Spouse of the Year, I hope to expand my platform and create awareness of the importance of supporting the military community and family. I believe it is my calling and duty to support the military community,” she said. â€œI promise to be an advocate, role model, and leader to give us the family, financial, educational, and emotional support we need. I will continue to serve my community with the utmost respect and dedication.â€

Currently, the family is preparing for their next endeavor – welcoming their third child in April.

Nominations for the MSOY award are accepted from both the general public and the military community and are organized by base, district and state.

The industry vote will take place on March 1st and 2nd, and the national vote on March 10th and 11th. The winner will be announced on May 5 at the Armed Forces Insurance Military Spouse of the Year awards event.