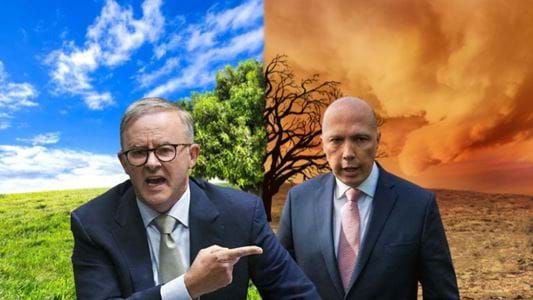 The PM has accused the opposition leader of failing to be proactive on climate aid for Australia’s Pacific neighbors.

Criticism followed claims Peter Duton that the PM “rules out compelling Australia to compensate other countries as part of the deal being negotiated at Cop27 in Egypt.”

Keep up to date with the latest news with Australia Today’s Morning Agenda – For those looking for intelligent and unbiased coverage:

Mr. Dutton’s challenge was In response on the COP27 opening speech by the UN chief Antonio Guterres and warned that countries could either sign “a climate solidarity pact or a collective suicide pact”.

but Anton Albanese has chastised the opposition leader for trying to “score a cheap domestic political point”.

“One of the things I won’t do is joke in front of a boom mic about the drowning of our island neighbors,” he said.

Instead, Mr Albanese reaffirmed commitments his government has already made to the region to help Pacific countries tackle the climate crisis.

Minister of Energy Chris Bowen representing Australia at the conference, said that while Australia had not made a specific commitment to support the Loss and Damage Fund proposed at the summit, Australia would remain involved in the planning.

“This isn’t about compensation, this is about development aid, working with countries, facilitating cooperation, and we’re particularly focused on the Pacific here,” Mr Bowen told ABC.

The energy secretary said Mr Dutton’s comments only show the coalition has no interest in progress on climate change.

“Peter Dutton is showing quite openly that if he were prime minister, he would take a destructive approach to international negotiations,” he said.

Introducing The Science Briefing: a podcast about the science of everything and your new favorite podcast for your science news snapshot. Moderated by Dr. Sophie Calabretto and with journalists from Cosmos Magazine. Hear is now available in the LiSTNR app.