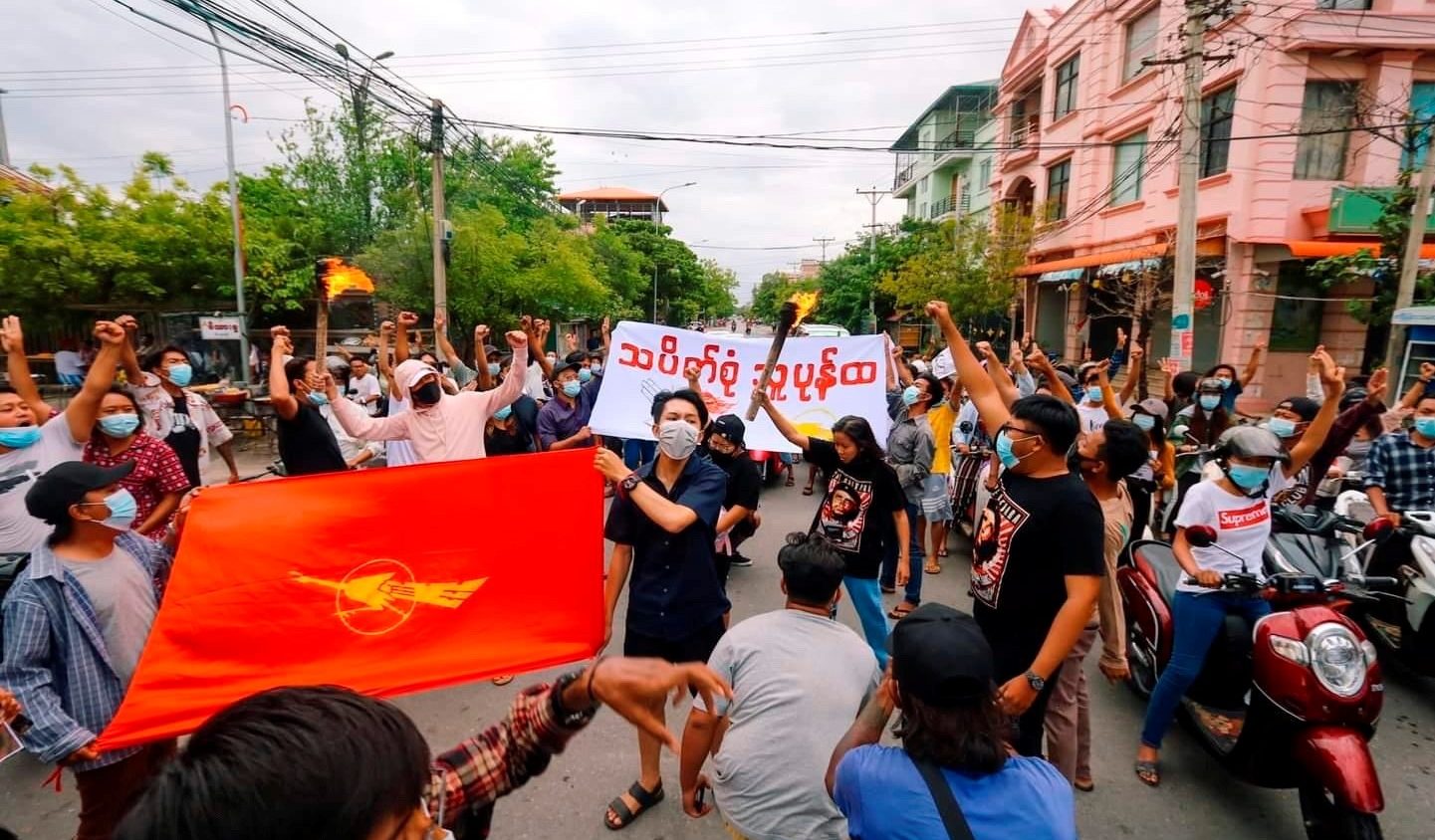 Archbishop of Mandalay: Myanmar people are grateful for the Pope’s support

Archbishop Marco Tin Win of Mandalay says that people of all religions in Myanmar appreciate the Pope’s support for them and for a return to peace and democracy.

A Catholic bishop of Myanmar expressed the gratitude of the people of the country to Pope Francis for calling for help to the suffering people and for promoting a peaceful solution to the country’s crisis through dialogue. “When the Pope speaks, the people of Myanmar feel very encouraged and moved. Not only Catholics, but also people of other religions. It is very important support for all of us in this tragedy, “said Archbishop Marco Tin Win of Mandalay.

Since the February 1 military coup that overthrew Myanmar’s elected government and its leader Aung San Suu Kyi, the country has been in turmoil with nationwide protests and strikes calling for the restoration of democracy. In addition to the ongoing protests, the coup has also revived some of the country’s old conflicts between the military and some ethnic rebel militias in high-Christian states.

Call of the Pope

In an interview with the Vatican news agency Fides, Archbishop Win commented on the Pope’s appeal at the end of his “Angelus” midday prayer on Sunday 20 June. The Pope said he was adding his voice to the appeal by the bishops of Myanmar to provide humanitarian corridors for innocent civilians involved in ethnic conflicts.

The Holy Father said the bishops drew attention to the “heartbreaking experience” of thousands of displaced people trapped in conflict areas and starving. Myanmar’s bishops called for humanitarian corridors for these people, saying “they have the basic right to food and security”. “They also demanded that“ churches, pagodas, monasteries, mosques, temples, schools and hospitals, ”in which thousands have sought refuge, should be respected as neutral places and not targeted.

Several churches and other places of worship were raided and shot at by the military, particularly in the states of Chin and Kayah. The Pope demanded that “the heart of Christ touch the hearts of all and bring peace to Myanmar!”

Since the coup, Pope Francis, who visited the impoverished Southeast Asian country in November 2015, has repeatedly expressed his solidarity with the people and called on the military leadership to turn to dialogue and strive for peace. On May 16, he celebrated a mass for Myanmar together with the country’s Catholics living in Rome.

Archbishop Win called on all parties to the conflict “to listen to the voice of the Pope and to put an end to all violence”. are exhausted from violence and suffering. He said: “The army also burned humanitarian aid and this is a great cruelty to innocent people”.

In a sermon on Sunday, Cardinal Charles Bo of Yangon pointed out that more than 120,000 people have been displaced in the conflict areas of Mindat, Chin State and Loikaw, Kayah State. They are without food or medicine, cold and soaked from the monsoon rains in the jungle where they have sought refuge.

The United Nations passed a resolution on June 18 to end arms sales in Myanmar and the release of political prisoners and violence against peaceful demonstrators. Archbishop Win expressed satisfaction with the move, saying people hope “it will be a first step to stop the violence and resume a path of peace”.

However, the legally non-binding decision has no teeth. As a result, Myanmar coup leader Senior General Min Aung Hlaing flew to Russia, one of its key supporters and arms suppliers, on Sunday to strengthen military ties between the two countries. Human rights activists and groups have accused Russia of legitimizing the Myanmar junta. Russian Defense Minister Sergei Shoigu told the Myanmar coup leader on Tuesday that Moscow was determined to strengthen military ties with Myanmar, Russian news agency RIA reported. Military ties between the two countries have grown in recent years, with Moscow providing army training and university scholarships to thousands of soldiers, and selling weapons to a military that has been blacklisted by several Western countries.

Archbishop Win of Mandalay complained that security forces were brutal against demonstrators. He said that young people have no choice but to defend people with weapons. As a result, violence and clashes have increased.

Archbishop Win said the Myanmar Catholic Church has always preached and sought peace amid the tragedy of people’s blood. There is currently no way out because the dialogue is stagnating and is being rejected by both sides. Therefore, they can only pray that God will move the hearts of the junta. (Source: FIDES)

“An Era of Constant Competition”: British forces prepare for the next generation of conflict