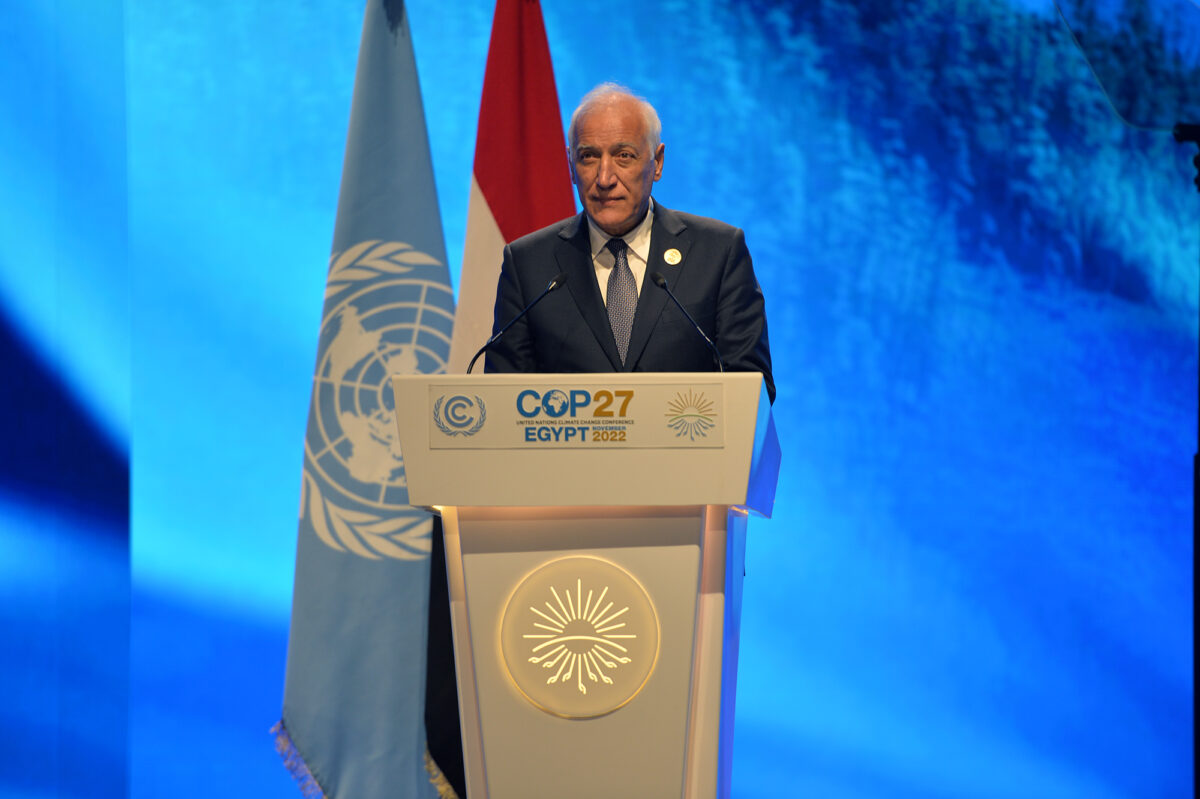 Climate change is progressing even faster than previously thought, said Armenian President Vahagn Khachaturyan at the 27th Conference of the Parties to the UN Framework Convention on Climate Change (COP27) in Sharm El Sheikh.

The President noted that the fight against climate change is an important part of the global agenda that requires the collective commitment of all.

“Climate change is progressing even faster than previously thought. Mankind is not only witnessing this change, but is also directly affected by it. Ecosystems are at risk, water resources are running out, floods, storms, wildfires, heat and drought are becoming more common,” President Khachaturyan said.

Unfortunately, he said, Armenia is facing such a challenge recently. “In September, Azerbaijan launched an aggression aimed at the territory of Armenia. Densely populated cities in eastern and southeastern Armenia, including the city of Jermuk, known as a mountain resort and medical tourism destination, were heavily shelled. Military operations against said regions were accompanied by the use of a wide range of weapons, including artillery and combat drones, which caused significant damage to the unique environmental complex. The shelling of the Kechut Reservoir could also result in many human casualties and have catastrophic environmental consequences.”

President Vahagn Khachaturyan stressed that despite the challenges and security issues in Armenia, the climate change agenda remains a priority on the government agenda.

“In particular, climate-resilient and low-carbon development based on a sustainable and long-term adaptation strategy to climate change, large-scale afforestation, investments in renewable energies and energy efficiency, the use of innovative and modern climate technologies, the promotion of electromobility and the expansion of nuclear energy were identified as priorities. said the President.