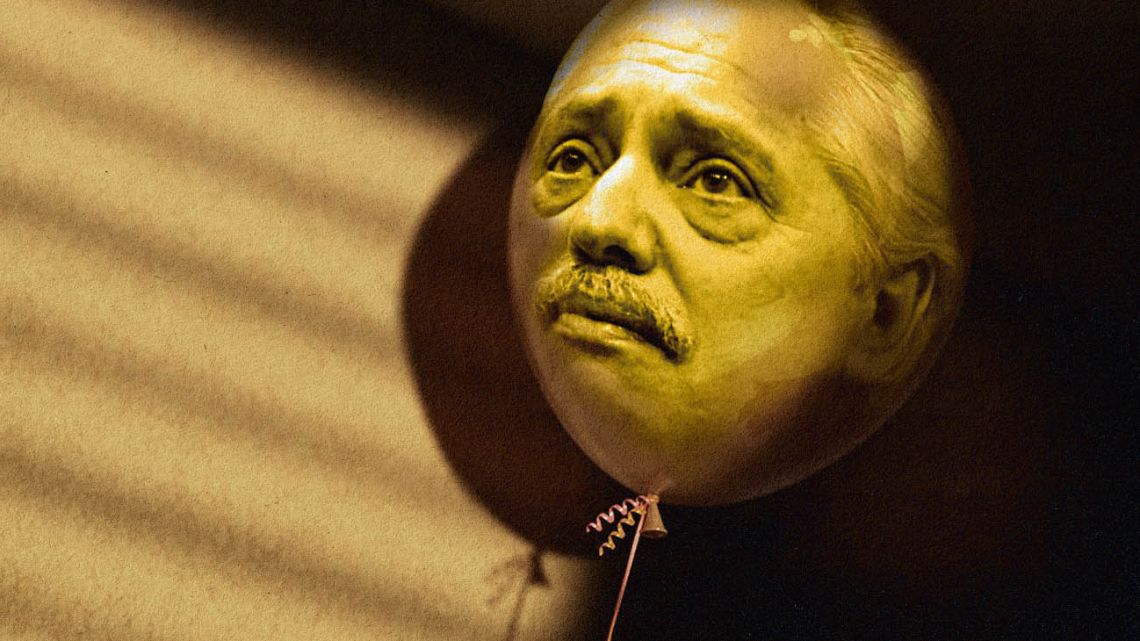 While rumors of a possible divorce between Alberto Fernández and Cristina Fernández de Kirchner and resignations that would trigger 2001-like institutional implosions have receded, the specter of an uncontrollable spiral of inflation has raised renewed doubts about the proper peaking of the president’s mandate. It would be – at least – the third chapter of a more recent story involving Fernando de la Rúa and that fateful crisis of 2001 and Raúl Alfonsín in 1989 during the last bout of Argentina’s hyperinflation. The big difference: both were members of the Radical Civic Union (UCR) and were succeeded by Peronists who “saved the day” and earned the radicals a reputation for being unable to rule the country, at least since democracy returned in 1983. Now it is a pan-Peronist coalition, led in some ways by the Fernández-Fernández tandem along with Sergio Massa, leader of the Renewal Front, that is on the verge of the brink as inflation remains stubbornly high. In fact, one of the most important political achievements of the Mauricio Macri government was becoming the first non-Peronist government to fulfill its mandate since the return of democracy.

The obsession with a possible disruption of constitutional rule is a constant in a country that, until 1983, had failed to secure democracy for more than a few consecutive years before relapsing into military dictatorship, and seems overly pessimistic. Much of this is being fueled by the “War of the Roses” being waged by the President and his Veep, which has become a very real obstacle to governability since things began to get difficult for that administration. President Alberto was chosen to lead the Peronist front against Macri via Twitter because of his moderation, which contrasted with Cristina’s virulence and was able to attract other Peronist sectors to a coalition later dubbed the Frente de Todos.

Much like its predecessor in power, Cambiemos (now renamed Juntos por el Cambio), the electoral coalition was initially hugely successful, but reversed itself when it came to running Argentina’s intricate and complex state apparatus. During Macri’s four years, the problems were solved by a certain verticality, which the founder of the PRO party enforced at the expense of other members of his coalition, the UCR and Lilita Carrió’s civic coalition. Under the current conditions, Alberto is seen as unable to hold his own against Cristina, who picked him and brought the votes under her arm to win the 2019 election. A huge loss in the 2021 midterm election marked the turning point in a political marriage that has likely passed the point of no return. But remember, anything is possible in Argentina.

The longing for a climb Albertism That would go against Kirchnerism, something that was discussed before Alberto, First Lady Fabiola Yánez and the presidential dog Dylan took possession of the official residence in Olivos. She was encouraged from both inside and outside the ruling coalition, particularly after Fernández de Kirchner ordered ministers who had answered her to offer their resignations after the PASO primary. Alberto has so far resisted the urge to take the Kirchnerite bait and jump into the ring for the ultimate showdown. It’s what those close to Macri believe they need to put him back in the running for the presidency, with the rupture of the ruling coalition leading to another painful economic shock coupled with social revolt.

Cristina celebrated the first sovereign debt restructuring that Economy Minister Martín Guzmán signed with private creditors. But she quickly lost confidence in Guzmán, Alberto and the rest of the economic team, including Productive Development Minister Matías Kulfas, Labor Minister Claudio Moroni and Central Bank Governor Miguel Ángel Pesce. The gruesome defeat in the midterm elections, in which the ruling coalition lost around 40 percent of the votes won in the 2019 presidential campaign, convinced CFK that the president was finished. Her firstborn, Máximo, resigned from the presidency of the Frente de Todos faction in the Lower House Chamber of Deputies, and since then the political sectors responding to mother and son have been waging a communications battle against the president. They voted against the all-important International Monetary Fund deal, a major political victory for Alberto and Guzmán only after they knew the government had enough votes to pass the law. Harsh words, pragmatically timed.

Inflation has now become the main battleground for an embattled government that was naïve enough to declare war on it while the world watches the brutal showdown between Russia and Ukraine. A global inflationary spurt has finally arrived, with rich countries like the United States hitting 40-year highs. In this context, the government’s response to galloping price hikes has been absolutely ineffective. In fact, official sources concede that the IMF deal is bound to result in high inflation at this early stage, as a reduction in energy subsidies to deal with massive budget deficits will lead to aggressive increases in gas and electricity prices. Furthermore, the structural lack of dollars means import restrictions that reduce industrial production – and limit potential economic recovery – along with possible shortages of certain products, which is also inflationary. The need to import energy in a world at war also goes to the heart of the IMF program, with the upside of rising commodity prices fueling a surge in agricultural exports. For many, the “inflation tax” is a “good thing” for this government as it’s the only way the tax math makes sense given that internal costs are growing at a slower rate than tax revenues. Short-term pain and long-term pain.

Inability to control inflation is a bane that has dogged at least the previous three governments (Cristina’s second mandate, Macri and now Fernández) in February and unofficial estimates for March could show a marked deterioration in monthly statistics. Kirchner supporters, who have pushed for the use of price controls and export bans that have proved ineffective, will look to the next numbers for Guzman’s head and a major cabinet reshuffle. Alberto is in a bind, having shielded his economy minister from the constant attacks of Kirchnerism and is currently empowering him and the rest of the economics team to wage the “war on inflation”. However, a short-term “victory” seems unlikely, giving Kirchnerism and the opposition ammunition to call his government a failure.

If there’s one thing that has shaped Cristina, Macri and Alberto’s fight against rising prices, it’s a lack of credibility in their respective governments. Another thing is printing money. Oh, and currency controls. We could go on…until a government can count on enough sociopolitical support to put the country on a sensible economic and political path, then it will fail in its attempts to control inflation, whatever its ideology.