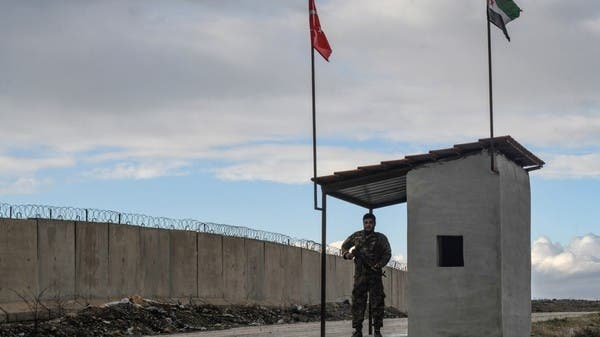 Clashes between Syrian opposition groups backed by Turkey ended on Sunday after they agreed on a ceasefire, local residents and opposition sources said, easing fears of a wider war of annihilation among opponents of President Bashar al-Assad’s rule.

For the latest headlines, follow our Google News channel online or via the app.

They are part of the Syrian National Army’s coalition of armed opposition groups, backed by Turkey.

At least eight people were killed and scores injured in fighting between factions near the town of al-Bab in northwest Syria’s Aleppo province on Saturday.

The clashes prompted Hayat Tahrir al-Sham, the former al-Qaeda affiliate, to deploy in areas under the control of his rivals in the Syrian National Army, stoking fears that he was attempting to invade areas under their control in Idlib province to expand further into the Afrin region.

Under the truce, the factions returned Ahrar al-Sham’s headquarters and retreated to their previous positions. The agreement ended the specter of protracted fighting.

Northwest Syria near the Turkish border is the last part of the country still in the hands of militants trying to overthrow the Syrian president, but control has been tightened between extremist factions and others backed by Turkey. divided up.

Ideological differences separate militant extremists from nationalist groups in the Free Syrian Army, which have rallied under the banner of the Turkey-backed Syrian National Army.

Turkey, with the help of the Syrian National Army, has conducted four operations in northern Syria since 2016 and has seized hundreds of kilometers of land. Opposition commanders say they have increased their willingness to support any new invasion.

The armed opposition has been plagued by power struggles since the uprising against Assad began in 2011. Turf wars have helped the Syrian president with his Iranian and Russian allies retake much of territory previously held by the opposition.

Moscow’s provocations in Syria risk a conflict with the US, military officials warn

Russia tried to talk Turkey out of an operation in Syria: report