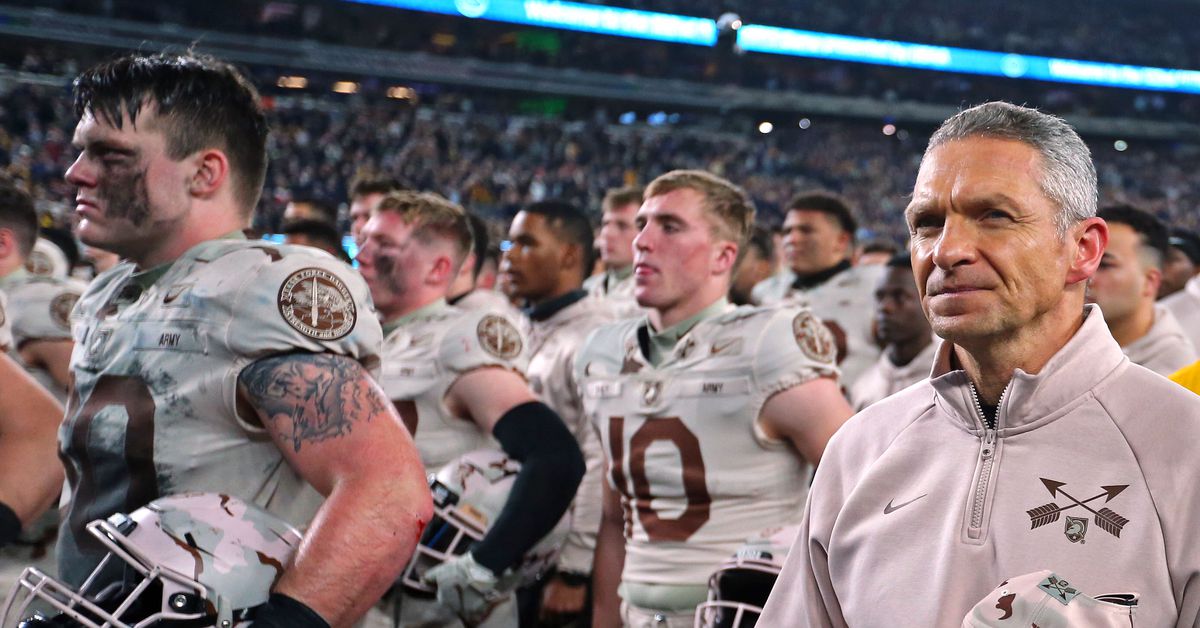 College Football: Lessons Learned from the Loss of the Army versus the Navy

It’s been a tough weekend being an Army fan.

On Friday night, the Navy ACHA D1 hockey team defeated the Army ACHA D2 squad in a 7-3 victory. Luckily my wife and I went to a comedy show and I was spared watching the game live, but little did I know that Friday’s laughs would be the last of the weekend.

Saturday marked the 122nd Army-Navy meeting on the grate and was filled with all the pomp and pageantry of ESPN College Gameday, the march, and more. While it would have been cool to be part of the atmosphere in person, it felt good to get involved in the big game from the warmth and comfort of home.

For a full rundown of the game, see the Against All Enemies breakdown by game season).

While I acknowledge factors like a few missed calls to delay the game, an obvious personal foul (ripping off a player’s helmet is against the rules the last time I checked – Watch this clip from around 4:25 PM to 4:31 PM) and others that Army believers pointed out on Twitter ultimately cannot be used as an excuse to justify a loss.

Last of the heavy ones

Some shadow was thrown on the motto or the team culture of the army for the 2021 season, “last of the tough”. And while the Black Knights didn’t come out on top on the scoreboard, it wasn’t a lack of courage. It was a 4 point loss in arguably the greatest sports rivalry in history. The Army’s offense tried to get the ball to Tyrell Robinson and use QB zoning rather than relying on their full-backs, and the Navy defenses adapted to that, which limited success especially in the second half.

Looking ahead, the Black Knights may have to re-sign as full-back against Mizzou. You are likely to have greater success against the Tigers, whose defenses give up on average more than 220 yards on the ground. And if there are any questions about whether Army is keen to live up to that â€œlast of the toughâ€ mentality, watch this clip:

As I listened to various sources previewing the Army-Navy game, I remember something that drew a lot of attention – the Navy’s tendency to turn the ball and the Army’s propensity to force sales . However, the Navy’s offense didn’t even flip the ball, meaning the Black Knights couldn’t force a turnover. In many cases, the army’s ability to force fluctuations was a key to victory.

Unfortunately the Black Knights are didn’t get enough pressure on Navy QB Tai Lavatai forces a mistake. With only one sack, one QB rush, and no passes defended, the Navy Yards offensive could win when they needed it. In order to end this season with a victory, the army defense has to put pressure and turn over troops in the Armed Forces Bowl next week.

It’s no secret that the Army’s special teams have been burned several times this season. From an opening kickoff returning for a touchdown to multiple fake punt conversions on the 4th down. And one of those fake punt conversions turned out to be the dagger against the Navy. Navy LB Diego Fagot took the snap and converted 4th and 1st on Navy 34 to keep the Mids’ final scoring drive alive in the fourth quarter.

Although the Navy was still leading 14-13 at the time, with significant time left in the game, getting the ball back could have shifted the outcome of the game in favor of the Army. The Black Knights cannot afford such a rebuilding if they want to end this season with a bowl game win next week.

In conclusion, it was a terrible weekend to be an Army fan. I was hoping for a pick-me-up after the hockey loss to the Navy on Friday night, but instead I saw Army stall on the soccer field. It was even more daunting to see Army fans arguing on Twitter after the loss.

One thing struck me – and Navy fans can correct me if I’m wrong – but I don’t remember Army player (Fans are a whole different story) are calling out Navy or their team culture after the recent Army victories. However, there seemed to be a lot of that among Navy players after they won this year. It really stands in stark contrast to the idea that is repeated EVERY year on TV that the players join and serve on a team after that game on the field together.

We seem to have strayed from this ideal on the soccer field; Regardless of the outcome, army and navy hockey players always stand side by side at least once a year to recognize the idea of â€‹â€‹a team, a fight. Hats off to Navy Hockey for its class.