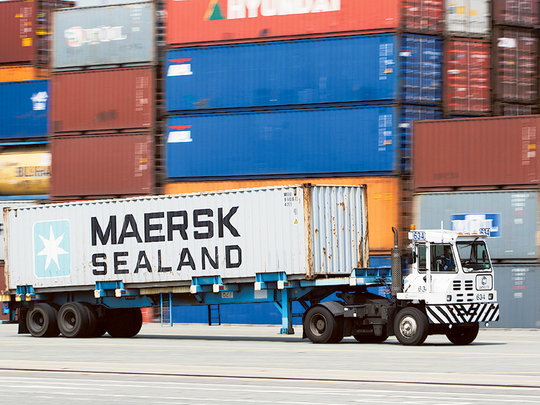 China’s â€œbelt and roadâ€ ambitions have escalated the conflict over control of global trade routes in a way that will have ramifications for all. A few years after starting work on China’s transnational project, aspects of this simmering conflict have taken shape. The savagery has become evident after investing large funds and joining dozens of countries to the Chinese project.

While other countries and blocs do not stand by and give the Chinese dragon its will, we see China consolidate its influence to take control. This has led to strong differences even between the allies, as in the case of the US and France over a submarine deal that the US made with Australia.

The US sees the Belt and Road Initiative becoming the cornerstone of Beijing’s foreign policy strategy. The initiative guarantees China abundant natural resources, access to preferred trade routes and a lot of political influence. In Pakistan alone, China is investing US $ 60 billion in the project, forcing the Biden government to compete directly with China.

The UK has decided to join the Comprehensive and Progressive Trans-Pacific Partnership Agreement (TPP), which it regards as an important part of its trade plans. Britain also plans to expand the Royal British Navy’s sphere of influence in the Arctic to contain strategic rivals Russia and China.

Control of the Artic

Russia is pitching its own and entering the fight by announcing the “South-North” project which will link the Far East to Europe across the Arctic, a project that is likely to harm Suez Canal interests. Think of Russia’s technological know-how in building icebreakers.

First of all, there are the underground conflicts between these nations, including espionage and sabotage operations.

China has invested heavily in Africa in order to build a trade infrastructure to such an extent that other companies from other countries would not be able to enter the African market without a green signal from Beijing. These companies are suffering more than anywhere else in Africa today because their projects have been exposed to administrative complications and corruption.

Obviously, the powers that be are sharpening their knives for the next phase of the conflict. You will develop naval skills and encourage other minor powers to join.

Acceleration of an arms race

This explains the talk and action around warships and nuclear submarines, as well as the changing attitudes of former allies. The expanded American interest in the Pacific and Indian Oceans will therefore continue in the next global conflict over trade routes.

India, Moscow’s traditional ally, has now entered into the “Quad” alliance with the US, Japan and Australia, which has angered Beijing. Strategic interests have brought NATO member Turkey together with Russia, angering Washington and the European Union, which seems to be getting lost in the midst of these conflicts.

The seriousness of this conflict can be seen from the fact that the military and technical weapons preparation for a possible future conflict is initiated differently than after the Second World War. This means that all countries will face challenges in choosing between the great powers over control of trade supplies, particularly energy and raw materials. This requires that these countries be well prepared to walk the tightrope and take a risk not to fall. The only sure option is to maintain balanced relations with all great powers and to safeguard national interests.

– The author is a specialist in energy and golf economics.