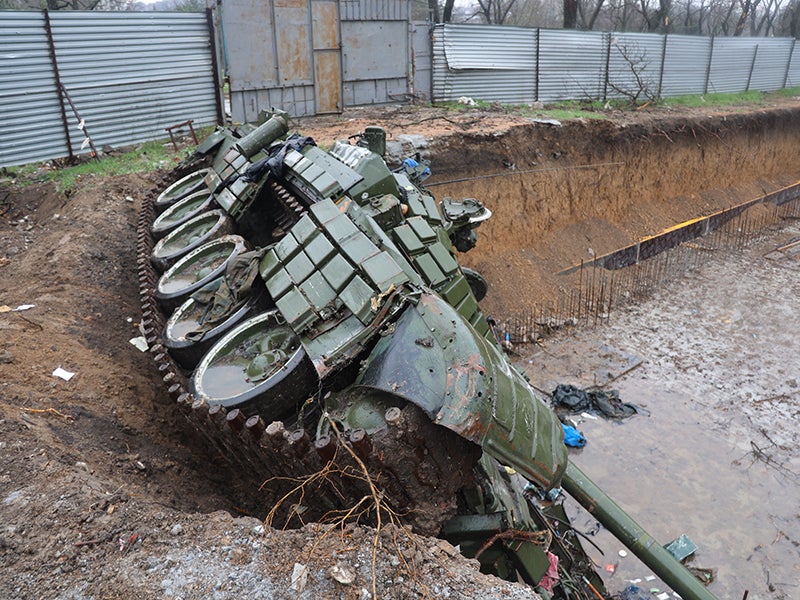 In 2014, a relatively small Russian force, estimated at between 8,500 and 11,000 men, fought alongside some 26,000 separatists in eastern Ukraine to stall a similarly sized Ukrainian force. This invasion by Russian troops led to obvious revelations about Russian combat capabilities.

A decade of successful posing

The Ukraine war seemed to show that Russian modernization, which began in 2010, had borne fruit, an impression largely confirmed by Moscow’s supposedly successful operation in Syria in 2015.

There, Russian forces reportedly attacked targets using real-time reconnaissance relayed from the battlefield back to the National Defense Management Center in Moscow. The Russian armed forces have used a variety of cruise missiles to hit targets from ranges as distant as the Caspian Sea, even testing the Orion armed UAV for the first time in 2018.

Alongside this, regular reports from the Russian Ministry of Defense (MoD) indicated that the latest weapon systems were rapidly entering service. The first T-90M Proryv main battle tank was delivered in April 2020, and T-72B3M and T-80BVM deliveries were widely reported, as well as the much-publicized BMD-4M infantry fighting vehicle deliveries for the Russian Air Force (VDV) .

Most exercises involved some form of UAV and artillery coordination, and the Russian Air Force was assembling new aircraft at an impressive pace while its air defense systems grew in number and complexity.

Why the Russian Armed Forces fought in Ukraine

All of this and the perceived dire state of the Ukrainian Armed Forces in February 2022 gave analysts cause for concern. It seemed certain that the advanced Russian military would push aside the Ukrainian forces within days. However, as Operation Z unfolded, it became clear that something was amiss – not only were Russian forces failing to achieve their initial objectives, but they were also failing to meet basic military standards.

It is true that the Ukrainian resistance was phenomenal; However, a question remains about the Russian armed forces and the threat they may or may not pose to Europe and Russia’s other neighbors. As noted by Michael Kofman, director of CNA’s Russian Studies program, the challenge is convincing people that Russians are not “six feet.”

On the one hand, the Russian operation in Ukraine was characterized by poor assumptions and intelligence flaws. It is evident that Russia’s Federal Security Service (FSB) had misjudged the situation in Ukraine, leading to the assumption that regime change would be welcomed and resistance would be light.

The purge of 150 FSB officers in April is a sign of Putin’s dissatisfaction with the service’s performance in Ukraine. It seems reasonable to assume that at least some of the shortcomings stem from the fact that the FSB directs the structure of the operation, and that inherent weaknesses of the FSB have compromised its ability to provide an honest assessment of the situation.

Additionally, the secrecy of the operation meant that some of the units originally fighting in Ukraine were not warned about what they were about to do, instead believing they were embarking on an exercise. Similar conditions reportedly emerged in 2014, when Russian troops reported they expected an exercise rather than war.

Taking time to prepare for the conflict may have allowed some units to prepare supplies and organize according to Russian doctrine. This may have prevented some of the initial confusion evident within the Russian armed forces and allowed for better coordination between the VDV and ground forces, for example during the battle for Hostomel Airport.

Aside from fundamental flaws in intelligence and preparedness, there were other flaws in the Russian armed forces that may be more difficult to address.

An example is the use of unencrypted radios for communication. Some evidence suggests this is more endemic than previously thought. Russian bloggers are working to raise money to source commercial radios for Russian troops fighting in Ukraine, and open-source analysts have intercepted and recorded conversations between Russian troops fighting in Ukraine.

The failure to provide encrypted and secure communications is likely due to many shortcomings, including corruption and systems that have proven too technically challenging for some Russian soldiers. If corruption is the main cause of Russia’s communication problems, it will be difficult to fix this problem since corruption is a part of military life in Russia.

Additional challenges were observed in Russia’s ability to provide its troops with fuel, food, warm clothing and spare parts. This can be one of the causes of Russian vehicles being abandoned in perfect condition or the Russian advance losing momentum. It has also resulted in poor conditions for Russian soldiers, with some reporting frostbite or stale rations.

The causes of these problems are also varied, but the logistics can be adjusted and improved – especially as inexperienced soldiers recover from the initial shock of combat and adjust their procedures.

Building a future deterrent against Russia

A final element to consider is the overall picture of the Russian military organization. It has demonstrated the ability to use massive cruise missiles and ballistic missiles in attacks on Ukraine’s critical national infrastructure, and some evidence suggests these attacks are becoming more sophisticated as multiple missile types hit a target simultaneously. Ultimately, Russia’s deterrence rests on its nuclear triad, which remains the largest nuclear arsenal in the world.

The failure in Ukraine does not prove that Russia’s nuclear arsenal is incapable of endangering the western way of life. That is why analysts, government and industry need to carefully consider what lessons the war in Ukraine is teaching about Russia as a country and as a military.

Russia is unlikely to be dismissed as a threat, but the threat it poses should be carefully weighed against the Russian military’s ability to project force and achieve Moscow’s national goals. This can then shed light on how NATO will conduct deterrence in the years to come.

Pandemic years have hit teens hard, especially in DuPage County. But there is reason for hope. – Chicago Tribune