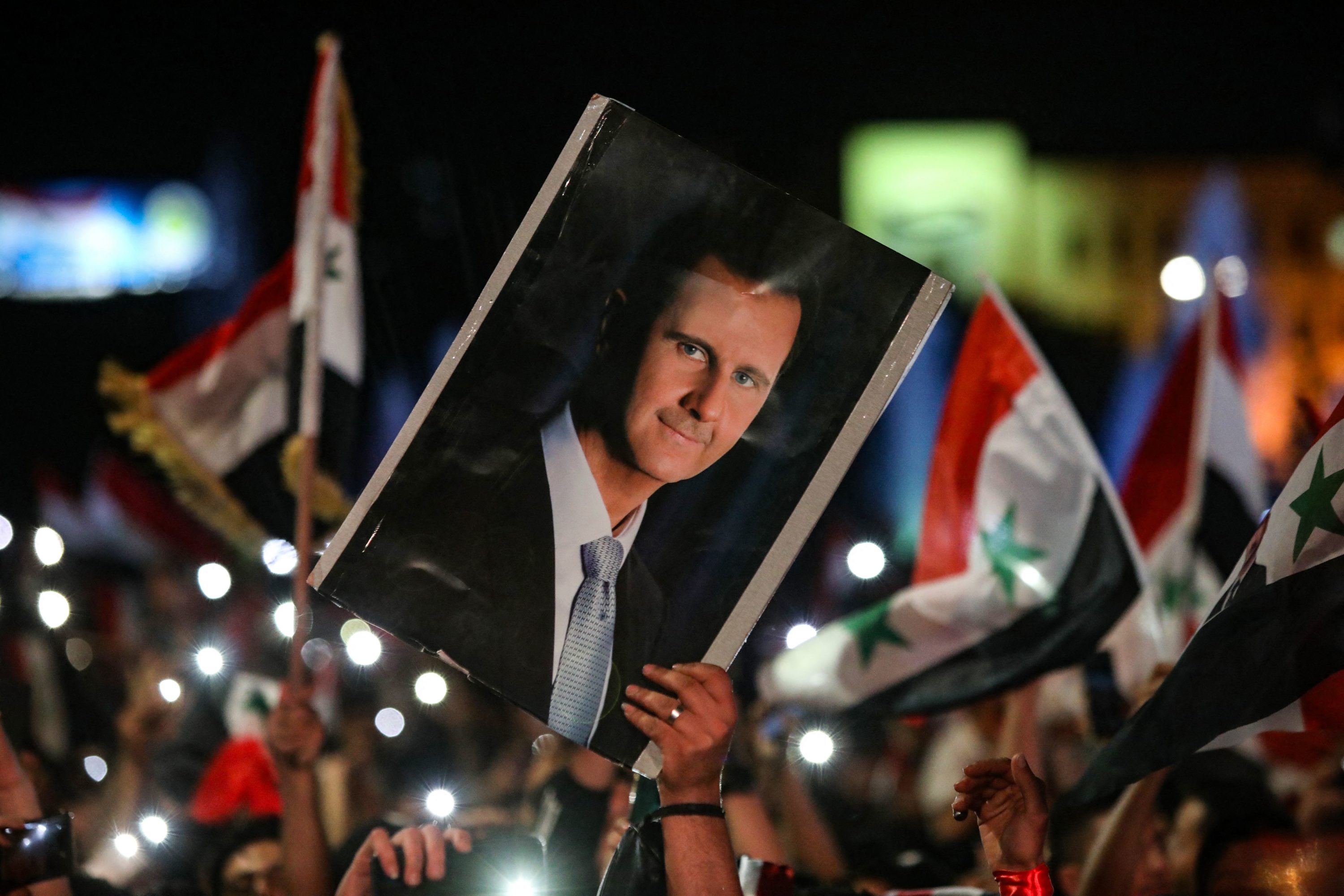 What if the free world ignores the misdeeds of vicious autocracies, as it is now in the case of Syria? The story provides a guide.

In 1935, fascist Italy tried to extend its rule over Ethiopia. Western opinion was divided, if at all, on how to respond to Mussolini’s brazen aggression, especially given the fact that Italy still represented a potential counterweight to Germany (the so-called Pact of Steel between Hitler and Mussolini wasn’t signed until 1939) and East Africa was hardly a central arena in the great competition between democracy and dictatorship.

Winston Churchill demanded, on the one hand, the energetic resistance of the liberal powers of the time against the invasion of Italy in Ethiopia. His position called for opposition from skeptics who claimed that Italy’s hideous behavior had no bearing on British interests or the global order. “That’s not what we object to,” Churchill clarified, “it’s the kind of thing.” Wink at the Italian aggression in Ethiopia today, he indicated, and provoke even more and greater aggression tomorrow – from Italy and others.

The same goes for the growing legitimacy of the Syrian regime today. While Damascus and its allies continue to stifle the opposition, Bashar Assad has sought to repair the diplomatic and economic ties that broke during his brutal crackdown on the country’s Sunni majority in the wake of the pro-democracy protests more than a decade ago.

Just a few years ago, Assad’s reputation laundering program would have been hard to imagine. But given the deteriorating state of the world order, a number of nations appear benevolently inclined to go along with Assad’s wishes.

In a notable twist, the bloodstained rulers of Damascus have already begun to reclaim their place on the world stage and regional powers are leading the way. The United Arab Emirates and Bahrain have already reopened their embassies in Damascus. Jordan has reopened its border with Syria and the Arab League is expected to resume membership in the near future. Crucially, the Chinese Communist Party has extolled Assad’s power consolidation and cited his support for China’s Belt and Road Initiative. Others will surely follow suit. Even INTERPOL reintroduced Syria to the global law enforcement club after the country was banished in 2012.

Treating Syria like any other country is as much a moral shame as it is strategic folly – at least for those states that envision themselves to be part of a decent international order.

The Assad dynasty has given up even the semblance of civilized power. It is responsible for sparking a conflict that has uprooted 13 million Syrians – more than 6 million internally displaced persons and roughly the same number of refugees forced abroad – and which is fueling instability from the Levant to the heart of the European Union . More than half a million Syrians were killed in the government’s barbaric campaign supported by the pathetic forces of the Islamic Republic of Iran and Putin’s Russia to destroy the democratic revolution. Chemical warfare has been unleashed against civilians across Syria (despite Syria’s accession to the Chemical Weapons Convention).

Widespread recognition of such a horrific regime would mark a crucial and depressing turning point in the world order. In one fell swoop, the world would signal that the worst crimes against humanity would go unpunished and that the most pathetic regimes would be welcomed on the international stage.

As in Italy during the Abyssinian crisis, the leniency that the civilized world offers the butcher of Damascus is abused by strong men and tyrants around the world. The more legitimacy given to Assad, the less pressure the United States and its allies can put on China, Venezuela, Cuba, Russia and similar regimes to respect the rights of their people and to abide by the norms and rules of the international system.

The legitimation of Assad’s regime would of course not be without example. The historical record is littered with disastrous bargains to revive rogue regimes, not to mention valiant efforts to disregard international outlaws. Appeasement failed spectacularly with Nazi Germany. Neither negotiations nor strategic patience have paid off with North Korea. Separating non-proliferation issues from other malicious behaviors has not worked and is not working with Iran. China has shown no signs of becoming a “responsible actor”. Neither of these attempts has proven successful in the human rights cause, but they have usually encouraged forces seeking to undermine the international order.

Any normalization with Assad will turn into a farce of the Biden administration’s avowed desire to put human rights at the center of US foreign policy. It will also undermine the West’s (already limited) strategic position in the Middle East. It will give valuable legitimacy to a government that has explored – and further explored – the depths of barbarism.

None of this should be considered remotely tolerable. The Assad regime is a vicious blemish in the history of mankind and those who have had and have the ability to prevent, mitigate, or end it. In his character and behavior, it is the kind of thing that civilized nations should object to – starting with the United States.