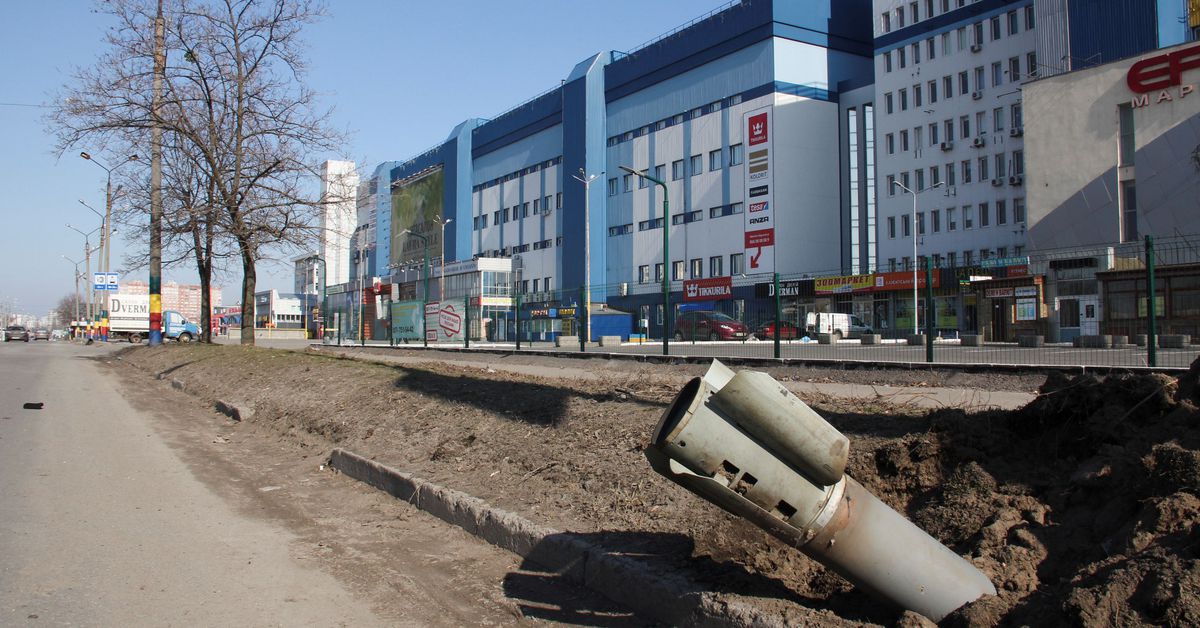 EXCLUSIVE Russian missiles in Ukraine have a failure rate of up to 60%, US officials say

A missile is seen after being shelled amid Russia’s invasion of Ukraine in Kharkiv, Ukraine March 24, 2022. REUTERS/Oleksandr Lapshyn

WASHINGTON, March 25 (Reuters) – Russian precision-guided missiles fail in up to 60% of cases in Ukraine, three US officials with intelligence knowledge on the issue told Reuters, a possible explanation for the poor progress of the Russian invasion.

The US officials, speaking on condition of anonymity due to the sensitivity of the information, provided no evidence to support the assessment and did not disclose what exactly led to the high failure rates of Russian missiles.

Reuters could not independently verify the figures.

Although Reuters could not determine what a standard failure rate for airborne cruise missiles would be, two experts interviewed by Reuters said that any failure rate of 20% or more would be considered high.

The Kremlin says what it calls a “military special operation” is on track and that Russia will achieve all of its goals. It portrays the United States as an “empire of lies” that has unleashed an information war against Russia.

In the past few days, Russia’s defense ministry has praised the armed forces‘ professionalism and missile technology. Claims of failure are said to be misleading propaganda being peddled by US-led enemies of Russia.

US defense officials told reporters this week that the Pentagon estimates that Russia has fired more than 1,100 missiles of all types since the war began. US officials have not yet said how many of those hit their targets and how many didn’t make it.

Citing US intelligence, three US officials said the United States estimates that Russia’s failure rate fluctuates from day to day, depends on the type of missile being launched and can sometimes exceed 50%. Two of them said it reached up to 60%.

One of the officials said the intelligence agency had shown that Russia’s air-launched cruise missiles had a failure rate ranging from 20 to 60 percent, depending on the day.

Russia has been seen using two types of air-launched cruise missiles in Ukraine, the Kh-555 and the Kh-101, according to the Center for Strategic and International Studies think tank’s Missile Defense Project.

Bugs can include anything from launch failures to a rocket failing to explode on impact.

The United States believes that Russia fired air-launched cruise missiles from Russian airspace earlier this month when it attacked a Ukrainian military base near the Polish border, and one of the US officials told Reuters there was a particularly high failure rate in that attack have. According to the Ukrainian authorities, 35 people were killed in the strike.

Missile attacks were a feature of the Russian invasion, with Russia announcing attacks on military targets including weapons depots.

The invasion has killed thousands and displaced a quarter of Ukraine’s 44 million people from their homes. The bombardment has hit residential areas, schools and hospitals in Ukrainian cities, including Kharkiv and the besieged port of Mariupol on the Sea of ​​Azov.

Russia says the operation was necessary because the United States is using Ukraine to threaten Russia while Russian speakers in Ukraine are being persecuted. Moscow denies attacking civilians.