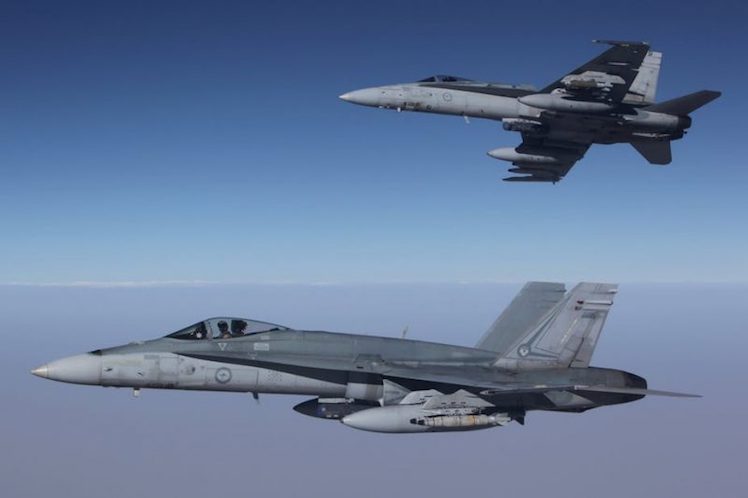 When it comes to politicians’ powers to send Australians into foreign conflicts, the mainstream parties cling to the stereotype: if it ain’t broke, don’t fix it. But the system is broken, as pro-war reform advocates have said Zacharias Szumer.

For advocates of war power reform, Labor’s recently announced examination of decision-making in international armed conflict has not got off to a promising start. The defense secretary and the deputy chair of the defense subcommittee have already opposed parliamentary approval of military operations abroad, the reform advocates are seeking.

Defense Secretary Richard Marles said he “strongly believes” the current system “is adequate and should not be disrupted”. In a letter referring the inquiry into decision-making in international armed conflicts to the Joint Standing Committee on Foreign Affairs, Defense and Trade, Marles said current arrangements “enable the duly elected government of the day to act on matters of the greatest national importance.” Importance of acting swiftly in the interests of the security of our nation and its people.”

So said Green Party Senator Jordon Steele-John, spokesman for the party on Foreign Affairs, Peace and Nuclear Disarmament MWM that “Marles’ comments reflect a Labor Party that is self-contradictory. We see Richard Marles endorsing the current system while many Labor Group members are pushing for an inquiry.”

Labor MPs Julian Hill and Josh Wilson tabled the resolution at the last ALP conference, which led to the inquiry being included in the party’s political platform. The defense subcommittee handling the investigation is chaired by Hill and also includes Wilson. However, none of the Greens, who have long advocated requiring parliamentary approval before deploying abroad, are represented on the subcommittee.

Don’t mention the war powers: what’s behind Labor’s silence on the inquiry?

Liberal MP Andrew Wallace, vice chair of the defense subcommittee, recently said the guard that he was “surprised that the Labor Party would even consider moving to a system” that had “served us well for many, many years”.

“The executive branch must be given the power to govern the country, particularly in relation to national security issues. I don’t care if it’s Labor or Liberals – they can’t be paralyzed by Parliament,” he added.

Steele-John said it was “sad to see that Andrew Wallace and the Liberals are so staunchly opposed to an inquiry into this matter, but transparency, inquiry and making decisions on the basis of that inquiry are not the characteristics of the party that.” thought invading Iraq was a good idea.”

Green Senator David Shoebridge, spokesman for the party for Defense and Veterans Affairs, echoed Steele-John’s views. “This is a disturbingly accurate insight into the attitude of the Coalition and many Labor parties – they don’t want parliamentary democracy to get in the way of their club of ‘ruling parties’. Imagine the government being ‘paralyzed’ by Parliament.” The senator tweeted The beginning of October.

“To see a democratically elected politician so willingly refusing parliamentary oversight on ‘national security’ issues should worry us all. Democracy is not optional in times of crisis or when the drumbeats of war begin,” Shoebridge added.

Steele-John also interviewed Marles and Wallace, who had opposed the reform so soon after the inquiry was announced. “I hope that all political parties and MPs will address this committee in good faith,” he said. “The ability for all MPs and parties to question the decision to deploy the ADF will add a level of transparency and accountability to avoid repeating the catastrophic mistakes made by the executive branch over the past 20 years.” , he said.

Beyond the Parliament Halls

Peter Hayes, a former Royal Australian Air Force Group captain and Vietnam War veteran, narrated MWM that he was “disappointed” by Marles’ testimony, which, he said, “appeared to pressure the inquiry rather than await impartially its conclusions and recommendations.”

“The inquiry could have accepted submissions from the Department of Defense and others without Minister Marles having to make his personal views public,” said Hayes, who also previously served as Director of Information Warfare at Australian Air Force Headquarters.

Hayes also contradicted Wallace’s argument that the current system had “served us well for many, many years,” saying the system “failed utterly” when former Prime Minister John Howard “alone decided and authorized ADF killing elements.” to be joined in the US-led coalition invasion of Iraq… prior to the public announcement on March 18, 2003, only to be followed by the bombing of Iraq in the early hours of the following morning.”

“Howard’s decision, meanwhile, was based on false and misleading information. History has also revealed serious flaws in the decision to send Australian forces to war in Vietnam, in Afghanistan, in Syria, let alone other covert intelligence operations in the post-WWII era,” Hayes added.

Former diplomat Bruce Haigh echoed Hayes’ criticism Wallace, tells MWM that “it is a dangerous statement by someone who is the vice chair of this subcommittee.” According to Haigh, Wallace’s claim simply “doesn’t stand up to the facts”.

“The engagement in Vietnam, Iraq and Afghanistan did not go before Parliament,” said Haigh. “There were huge protests against the war in Iraq that ended badly for Australia. Had they been properly debated in the Australian Parliament we might not have gone, or the way we deployed our forces might have been different… It refutes everything Wallace is saying.”

Haigh was posted to South Africa in the late 1970s, where he put the Australian Embassy in contact with members of the South African anti-apartheid movement, including dissident Steve Biko, who died in police custody. He later accepted diplomatic posts in Saudi Arabia, Indonesia and Pakistan and was Deputy High Commissioner at the Australian High Commissioner in Colombo.

“Our democracy demands that we behave like a democracy,” Haigh said. “The issues related to entry into Vietnam, Iraq and Afghanistan were all contentious, none of them were top secret, none of them required any degree of restraint from us so as not to alert the so-called enemy. These were all subjects that should have had as much debate as there was at the universities at the time.”

“The ultimate goal of our defense policy is not to defend Australia independently, but to show relevance to the United States,” said Fernandes, who served in Australian Army Intelligence before becoming an academic. “Our current arrangements are aligned with the ultimate goal and have served us very well in that sense.”

However, if the goal is to minimize threats against Australia or its citizens, Fernandes believes the system hasn’t “served us well”:

In Afghanistan, the real goal was to show Australia’s importance to the United States. We stayed because of US domestic politics and not because of the military situation on the ground. After the Taliban’s comeback in 2008, the Obama administration did not want to be attacked in domestic elections because it could not defeat the Taliban. And we can see the results – in 2001, Islamic terrorists were stationed in Kabul, Kandahar, Jalalabad and some small corners of rural Afghanistan. Twenty years later, the Taliban are back in power and US wars – made possible by the intelligence facility at Pine Gap – have led to a massive expansion of terrorist activity around the world.

The Book of Fernandes Island off the coast of Asia contains a proposal for a new system under which the Australian Parliament would have more control over military operations. He will reportedly make an inquiry into the investigation based on this suggestion.

Public submissions for the investigation are open until November 18th.

This Means War: How Australia’s Key Allies Make the Biggest Move Any Nation Can Take

Zacharias Szumer is a freelance writer based in Melbourne. In addition to Michael West Media, he has written for The Monthly, Overland, Jacobin, The Quietus, The South China Morning Post and other media.