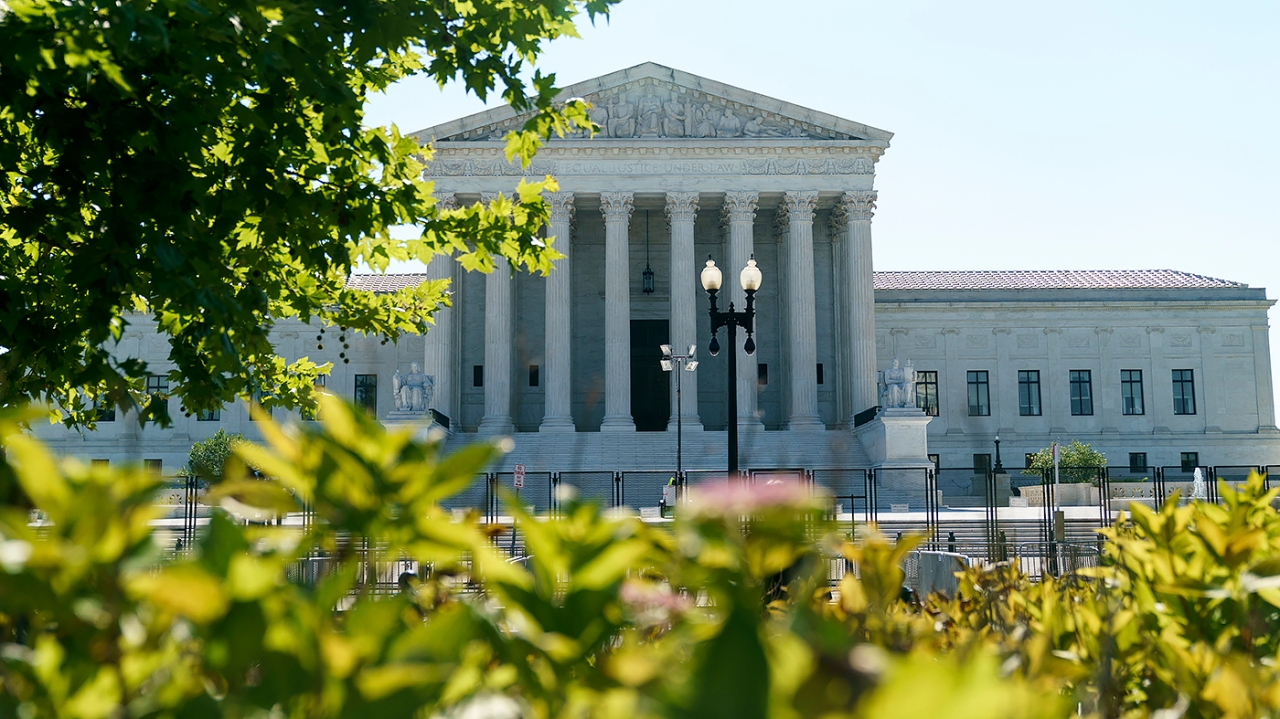 A group of retired military heavyweights has asked the Supreme Court to uphold affirmative action in higher education when judges consider a legal challenge to racially sensitive admissions policies at the University of North Carolina (UNC) and Harvard.

The former officers argued in court filings that when colleges and service academies consider race as a factor in admissions decisions, helping the US military achieve its goal of building a diverse officer corps.

A ban on racially sensitive recordings, on the other hand, would threaten the national security of the group argued in an amicus brief signed by 35 former top military leadersincluding senior military officers under Presidents Trump, Obama, George W. Bush and Clinton.

“History has shown that placing a diverse army under the command of a homogeneous leadership is a recipe for internal resentment, discord and violence,” they wrote. “By contrast, entities that are diverse at all levels are more cohesive, collaborative, and effective.”

When the Supreme Court hears arguments in the case in October, the focus will likely remain on the interplay between diversity goals, higher education and the limits the Constitution places on the use of racial classifications to benefit minorities.

But as the former officers’ letter, as well as the science linking diversity and improved military performance, suggest, the case’s potential ramifications could extend far beyond academia — perhaps to the battlefield.

“Historically, diverse and inclusive armies have outperformed their more marginalized rivals on the battlefield,” Jason Lyall, a government professor at Dartmouth College and author of Divided Armies: Inequality and Battlefield Performance in Modern War, told The Hill.

“They tend to have higher casualty rates and less desertion and defection, even when they are outnumbered,” he added. “Because of their problem-solving skills, they are capable of more complex battlefield maneuvers, making them more deadly and resilient than less inclusive enemies.”

The disputed lawsuit arose after a Conservative-backed group, Students for Fair Admissions (SFFA), sued UNC and Harvard over their use of affirmative action in admissions decisions. The group accused schools of failing to pursue diversity goals through available racially neutral alternatives, as Supreme Court precedent requires.

The SFFA suffered defeat in the lower courts, where judges dismissed their arguments based on the landmark 2003 decision in Grutter v. Bollinger and related cases. In Grutter, the court ruled 5 to 4 that colleges can use race as a factor in admissions decisions to diversify the student population.

In court filings, the SFFA urged judges to overthrow Grutter. That decision, they argued, contradicted the constitutional guarantee of equal protection under the law and had prompted college admissions officers to engage in “gross stereotypes” based on race.

The SFFA, in its lawsuit against Harvard, alleged that the school’s admissions policies discriminated against Asian Americans. The group argued that Harvard’s subjective “personal evaluations,” which tended to reflect cultural stereotypes, made it harder for Asian Americans to gain admission compared to applicants of other races.

“Applicants who tick the African American box at Harvard and UNC, for example, are racially preferred, whether they grew up in poverty and went to bad schools, have parents who were multi-millionaires in the executive ranks, their formative years in Europe are the direct descendants of slaves or are second-generation immigrants from Africa,” they wrote, urging the judiciary to reverse nearly two decades of precedents of affirmative action.

But the former military officers behind this week’s amicus brief warned judges against such a move. Overturning Grutter and related Supreme Court precedents would make achieving the military’s diversity goals more difficult and hamper military cohesion and effectiveness.

An SFFA lawyer did not respond when asked to comment on the potential national security implications of overriding racially sensitive admissions policies in higher education.

The retired officers argued in their briefing that diversity in military leadership results directly from diversity in higher education, with the majority of military officers graduating from service academies such as the US Army’s Military Academy at West Point, NY, or the Reserve Officer’s programs Training Corps originates from civilian universities.

“Diversity in the academic halls directly impacts performance in the theater of war,” they wrote.

They added that the demands of recent US humanitarian missions – including operations in Haiti, Somalia and Latin America – underscore the need for diversity in the officer corps. That goal is no less critical in elite special operations units like the Navy SEALs, which currently face a serious shortage of minority officers, they wrote.

“The life-or-death missions undertaken by these units require a variety of skills, including foreign language skills and knowledge of other cultures, along with the ability to work with a wide variety of individuals and cultural empathy,” they wrote.