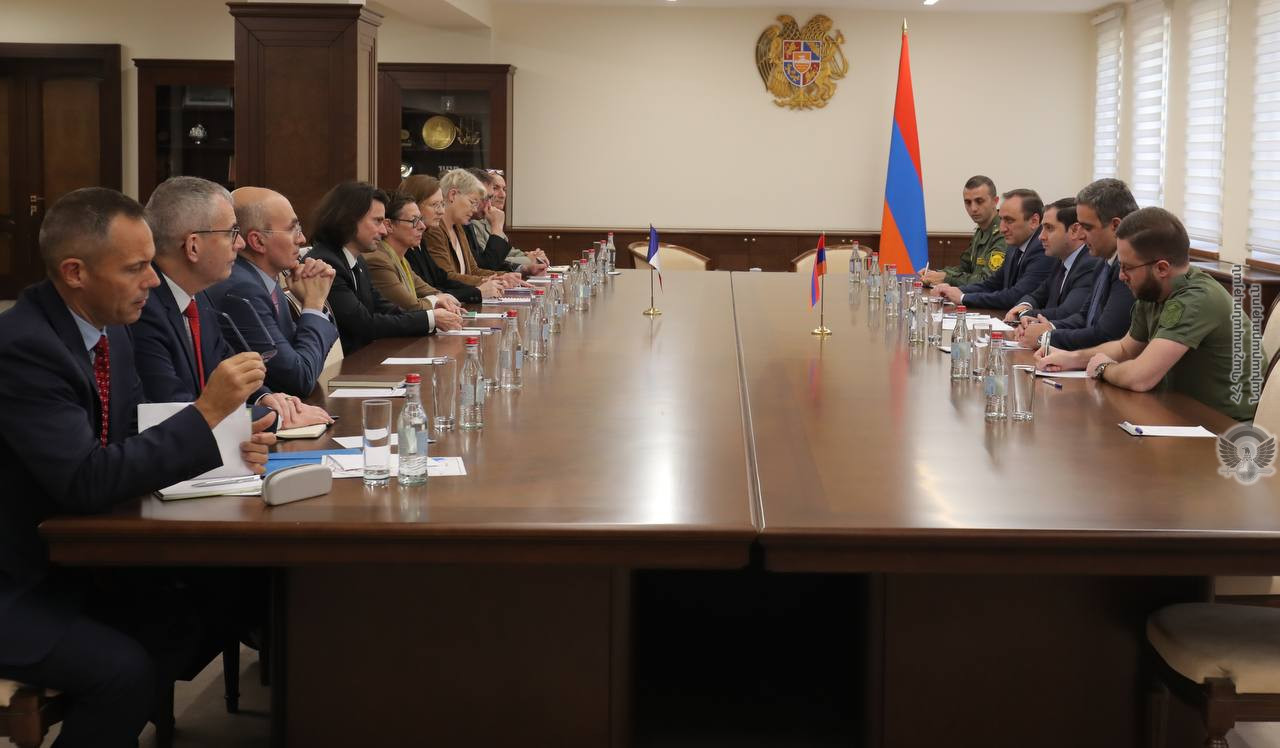 The Ambassador Extraordinary and Plenipotentiary of France to Armenia Anne Louyot also attended the meeting.

The implementation of the agreements reached during the working visit of the Minister of Defense of the Republic of Armenia to France and the possibilities for the development of Armenian-French defense cooperation were discussed.

Earlier, the delegation held working talks with the 1st Deputy Minister of Defense, General Staff of the Armed Forces of Armenia, Major General Eduard Asryan, and the Head of the Defense Ministry’s Department of Defense Policy and International Cooperation, Levon Ayvazyan.

Earlier, the French delegation met with Secretary of the Security Council of Armenia Armen Grigoryan.

During the meeting, Armen Grigoryan also presented the process of reforming the Armenian army and efforts to achieve regional peace.

They discussed prospects for the development of defense cooperation.