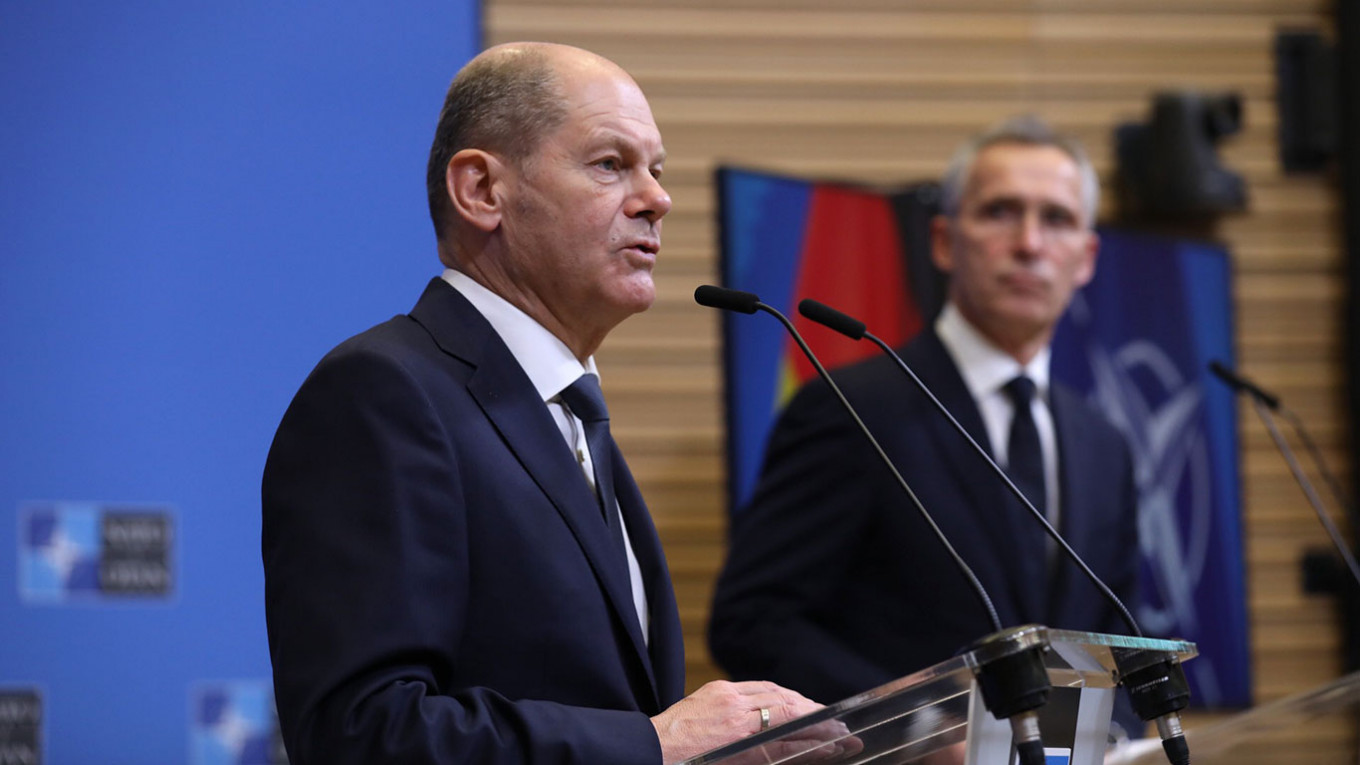 Germany’s new government is under pressure to crack down on Russia after pro-Moscow remarks by a German naval chief angered Kiev and mounting anger over Berlin’s fence-sitting over the Ukraine crisis.

After a week of hectic diplomacy, which included a visit to Berlin by US Secretary of State Antony Blinken, Chancellor Olaf Scholz’s government struggled over the weekend to pledge support to Kiev amid fears of a Russian invasion.

The spat was sparked by German naval chief Kay-Achim Schönbach’s musings that it was “nonsense” to believe that Russia was about to march on Ukraine and that President Vladimir Putin deserved respect.

Schönbach resigned late Saturday but the damage was done.

The incident “massively calls Germany’s international credibility and reliability into question – not only from a Ukrainian point of view,” he told the newspaper “Die Welt” on Sunday.

The Ukraine crisis is the first major test for Scholz, who took over the post from long-serving boss Angela Merkel last month.

His coalition government made up of SPD, Greens and the business-friendly FDP has promised Russia “dialogue and toughness”.

But it has struggled to bridge internal divisions and find a unified response on how to deal with an emboldened Moscow.

Noting that the tendency of German politicians to “understand Russia” is still alive, the Handelsblatt asked: “Where is the line between openness to dialogue and strategic naivety?”

A key point of contention between Germany and its western allies is Berlin’s refusal to supply arms to Ukraine.

The decision puts Germany at odds with the United States, Britain and the Baltic States, which have already agreed to send weapons, including anti-tank and anti-aircraft missiles.

Germany has traditionally been reluctant to get involved in military conflicts, traumatized by its past instigating two world wars, and the Scholz government insists that arming Ukraine would only fuel tensions.

In Germany, too, some are calling for a rethink.

Henning Otte, an MP for the centre-right opposition party CDU, told the Bild daily newspaper last week that if Ukraine asks for weapons to stave off a possible attack, “we must not refuse this request”.

Another sore point in the Ukraine crisis is the controversial Nord Stream 2 pipeline, which has split the new cabinet in Berlin.

The completed pipeline, which is currently awaiting approval from the German authorities, is expected to double Russian gas supplies to Germany.

The previous Merkel-led government has always insisted the pipeline was a purely commercial project – irritating allies who fear the pipeline will give Russia too much leverage over European energy.

While Scholz describes Merkel’s line on the pipeline as a “private project,” his Foreign Minister Annalena Baerbock of the Green Party is a well-known opponent of Nord Stream 2.

But in a sign that Scholz’s position could be hardening, he reiterated last week that he stands by a German-American deal not to allow Moscow to weaponize the pipeline and that “everything” is on the table on sanctions .

“Hopefully, Scholz’s new statement should now bring more coherence to the German debate and reassure partners abroad who had begun to see Germany as a weak link in the West,” said Jana Puglierin from the think tank European Council on Foreign Relations.

The German SPD has a “nostalgic reflex” when it comes to Russia, the weekly newspaper “Die Zeit” said, recalling ex-SPD chancellor Willy Brandt and his “Ostpolitik” policy of rapprochement with the East in the 1970s.

In an open letter in Zeit earlier this month, 73 Eastern Europe and security experts called on Berlin to end its “special treatment” towards Russia and correct course.

Germany has been observing the Kremlin’s actions “critically but largely inactively for three decades,” they wrote. Now “Germany must act”.

Formula 1 bans military flyovers, but not in the UK