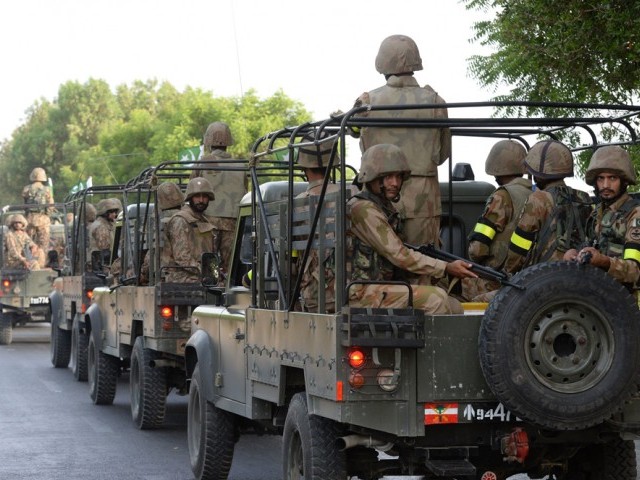 The government has proposed a further 15% wage increase for all ranks in the armed forces to offset minimal or no wage increases over the past two years and to end wage inequalities.

The Ministry of Finance has postponed the executive summary for advice to the federal cabinet, which is based on the recommendation of the Wages and Pension Commission, according to a senior official at the ministry.

Prime Minister Imran Khan has ordered the executive summary to be placed at the next cabinet meeting, according to a executive summary that the federal cabinet will discuss on Tuesday. The Ministry of Finance has proposed “with effect from July 1, 2021, to grant all ranks in the armed forces a special 2021 allowance of 15% of the current basic salary”. “The total (financial) impact would be 38 billion rupees a year,” said the Treasury Department. The government has already budgeted the amount.

This will increase the total salaries of the armed forces to 25% after Finance Minister Shaukat Tarin included an ad hoc allowance of 10% for civilian and military workers in his budget speech. The Ministry of Finance has also separately reported 10% ad hoc allowance for civilian employees.

In addition to a 10% ad hoc allowance, the federal government has also granted civilian workers in the Pak Secretariat a 25% disparity reduction allowance, increasing their additional monetary benefits to a total of 35% in the new budget. The staff of the civil secretariat protested against differences in pay between different government agencies.

Now the salaries of the Bundeswehr are to be increased to 25%, subject to the approval of the Federal Cabinet.

Due to the delay in submitting the interim report on June 11, the Federal Cabinet decided on aid measures in which members of the armed forces and civilian employees would be granted ad hoc relief of 10% of their basic salary.

The executive summary said the ministry had asked the prime minister for permission to raise the armed forces’ salaries by an additional 15%, who had instructed the matter to be brought before the federal cabinet.

The Prime Minister’s Special Assistant for Finance, Dr. Waqar Masood Khan, did not comment. A federal minister said the government would issue a statement after the cabinet meeting.

The federal government had not granted the armed forces or civilian workers any salary increases for the 2019-20 financial year. A year earlier, the 10-15% increase had only been given to class 19 workers, while the rest of the workers remained high and dry.

Sources said this had sparked resentment among the ranks and files, and civil and military workers were expected to receive at least a 20% pay increase in the budget speech. In its interim recommendation, the Wage and Pension Commission had also recommended an increase in civilian and army salaries by 15 to 20%.

The Treasury has announced the 10% increase in salaries in the form of ad hoc relief, which is subject to income tax, while the allowance is allowed during vacation. It also states that the ad hoc discharge will not be part of the base salary for reallocations and increases.

Public service reform has been part of the government’s agenda, but things are moving at a snail’s pace. The government hired an insurance brokerage firm in May of this year to review the pay structure, which will take at least six months to complete the deal. It is unlikely that the Commission will present its final report by December this year.