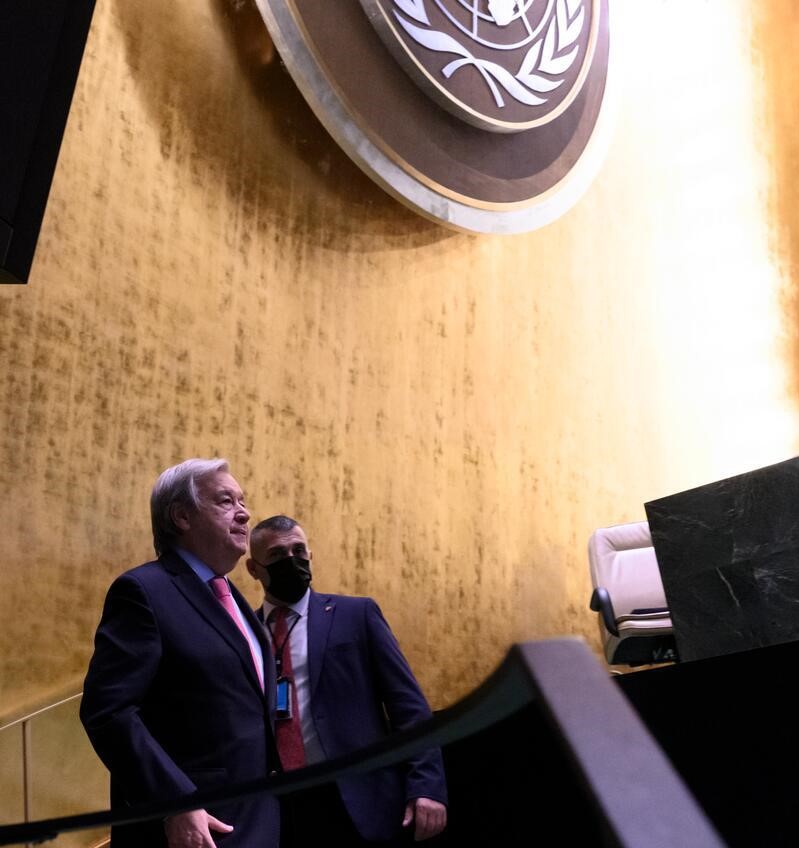 Think of Antonio Guterres. Public platforms don’t get much bigger than those of the Secretary-General of the United Nations, but no one seems to heed all that he says – or at least no one with the power to make a difference.

His speech at the opening of this week’s UN General Assembly was part of a series in which he has highlighted some of the interlinked crises facing the world, from climate change to conflict to an erosion of trust in political processes that “The ass threatens the future of humanity and the destiny of the planet”.

“We can’t go on like this,” stresses Guterres. He may be right, but ‘we’ are part of the problem: ‘we’ simply don’t exist in a meaningful way that could actually enable the unprecedented forms of international cooperation that seem necessary, particularly to combat climate change.

One would have to be an optimist of the bravest kind to imagine Xi Jinping and Joe Biden — let alone Vladimir Putin — getting together to devise a plan to combat global warming.

The sovereign states that make up the UN continue to jealously guard their sovereignty and impose their will on others. Guterres is undoubtedly right when he argues that “the logic of cooperation and dialogue is the only way forward,” but Russia is not the only country driven by an anachronistic, revanchist view of history. On the contrary, the preoccupation with restoring national greatness is not limited to autocracies or states in the Global South.

It is not necessary to reiterate the UN’s well-known shortcomings to see that it has some potentially insurmountable problems. Certainly its many specialized agencies and peacekeeping forces have done much useful work, but the reality is that the UN is always hostage to the veto of the great powers, particularly in the Security Council. Little can be achieved without the cooperation of a handful of states.

The big difference between Guterres and national leaders is that when the latter cannot persuade their people to act in the “national interest,” when all else fails, they can command them to do so. Guterres has no such leverage to pull. Indeed, the idea of ​​a powerful UN with real agency is likely to provoke widespread concern, particularly in the United States, where large numbers of people are decidedly paranoid about the prospect of collective international action, no matter how unlikely it may actually be.

The prospects of developing what Guterres calls a “coalition of the world,” rather than “the willing” of the sort who invaded Iraq without a UN mandate, seem remote indeed. One would have to be the wildest optimist to imagine Xi Jinping and Joe Biden — let alone Vladimir Putin — getting together to devise, say, a plan to combat global warming.

And yet, as the Secretary-General scrupulously emphasizes, “our planet is burning”. No wonder fear among the young reaches epidemic proportions when they despair of the efforts of their elders, or more specifically, a lack of effort to face future challenges rather than correct perceived past mistakes.

At the very least, Guterres seems to genuinely understand the scale and urgency of the challenges, even if he can do little to actually address them without the cooperation of powerful nation-states. Paradoxically, states remain the most effective ways of organizing collective action that we have developed so far. Unfortunately, we haven’t figured out how to consistently use this power across borders, at least not outside of wars. Let’s hope Guterres can help us avoid at least one more.