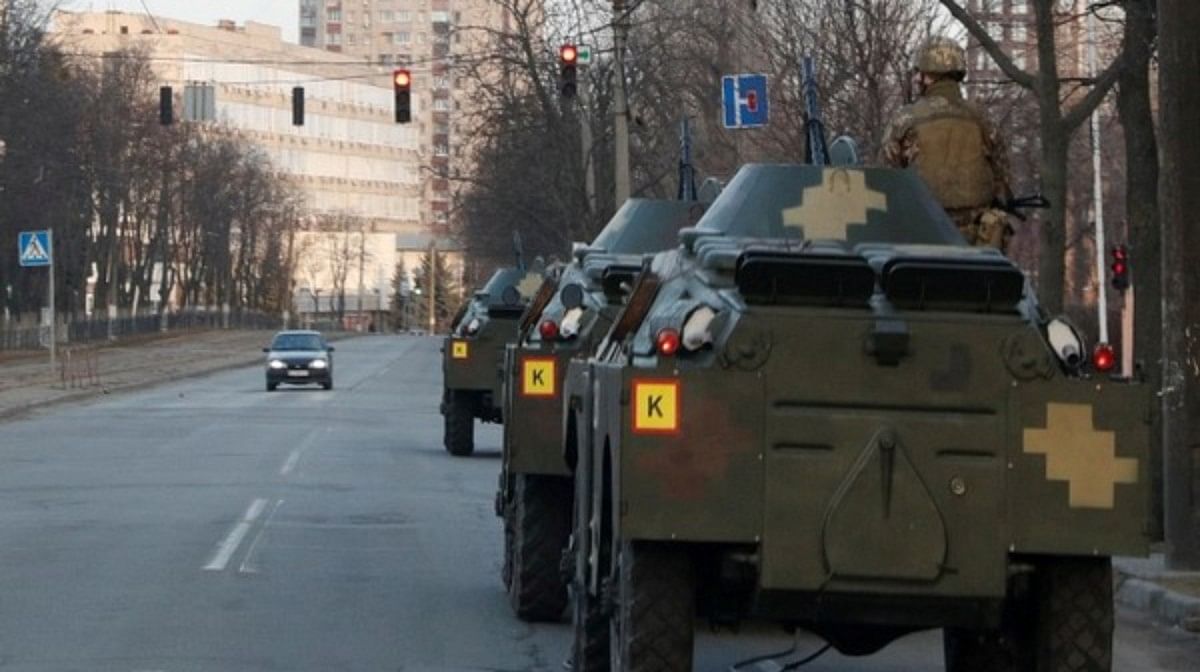 New Delhi: Similar to them Berlin Blockade In 1948-49, when the United States, Britain and France had to transport vital supplies, food and fuel to West Berlin, another airlift is underway on Ukraine’s western borders – albeit for arms shipments.

From the Amari air base in Estonia, cargo planes are being loaded with ammunition and weapons destined for delivery to the Ukrainian armed forces. NATO has also flown tons of military equipment to Poland and Romania on Ukraine’s western borders, from where the weapons are transported by road Ukraine.

Since the beginning of the conflict, NATO and the US allegedly 17,000 anti-tank weapons sent in – including Javelin missiles, next-generation short-range light anti-tank weapons (NLAW) and rocket-guided grenades.

While the Ukrainian troops have been credited for the effective use of missiles and harsh climatic conditions in northern Ukraine have blocked Russia’s march, larger issues amid the current stalemate need to understand – what anti-tank missiles are used by Ukraine? What military strategies has Ukraine used to repel Russia? What parts of Russia’s military strategy are questionable? What lessons can India learn for its military doctrine?

Also read: Why Putin is so completely wrong when he accuses the Ukrainian leadership of being Nazis

The conflict between Russia’s offensive military capabilities and Ukraine’s defense capabilities is summed up by Ukraine’s lieutenant Yevgeny Yarantsev, who said so The New York Times“they have many tanks, we have many anti-tank weapons”.

the Small arms survey describes anti-tank missiles as “portable, guided missiles” capable of changing course in flight to accurately hit their target. Originally these were designed to destroy armored vehicles. However, they are also used against personnel, light vehicles, and civilian structures.

The Javelin missiles, used extensively by the Ukrainian Armed Forces, were developed by the US. They represent the latest generation of anti-tank missiles and are programmed to attack the weakest part of an armored vehicle – the top. Before impact, the missiles initiate a steep upward motion to ensure a downward impact on the vehicle’s roof.

The Javelin missile has an estimated range of about 3 kilometers. Its only flaw is that it weighs around 50 pounds (22.6 kg) and isn’t the easiest rocket to launch around.

The NLAW missiles also hit armored vehicles. These fly a meter above the target before impact and then initiate a downward blow. They have a shorter range than the Javelin missiles and require the target to be within 800 meters. The NLAW rocks around 12.5 kg, and is relatively easy to carry and transport.

Together, these two anti-tank missiles have played a critical role in Ukraine’s targeted destruction of Russian weapons, disrupting supply lines and logistical orders, and significantly helping the nation slow the invasion — for now.

Ukraine has effectively espoused the strategies any weaker or smaller military would employ against a larger enemy — namely, avoiding large, open battles and conflict and focusing on targeting supply chains. The attacks on supply chains have limited Russia’s ability to launch a coherent attack.

In essence, Ukraine relied on fast ambushes on supply lines and logistic commands – commonly described as “Hit and run“Maneuver.

Central to the defense of Ukraine were attacks on large Russian attack convoys, such as the much-vaunted 40-mile (64 km) convoy that was headed for Kyivwhich could change the balance of the conflict if given a clear path.

In addition, the way Russia has used its armored vehicles and convoys has given the Ukrainians easy targets. Logistics and delivery problems, compounded by fuel shortages, have meant many Russian vehicles are simply standing and holding their own. These then became easy targets for Ukrainian anti-tank missiles.

In addition, the Ukrainians have maximized their “home conditions” advantage, skillfully choosing where and how to use firepower and quickly transporting troops from one conflict area to another Another.

Russia’s military miscalculations could be traced back to this biased intelligence Reports that guided their approach before the war.

Russian intelligence assumed that Ukraine would collapse within days of an invasion. The nation’s strategists overestimated theirs Strengthen and underestimated Ukraine’s military and national capacity unit.

Symptomatic of the flawed intelligence and military concepts guiding Russia’s actions was the “combined arms” Teach. Therefore, infantry, tanks, and air force were not used simultaneously and coherently to launch an all-out attack.

Also, tanks and armored vehicles with insufficient numbers of soldiers were sent to protect them. The Russians have also stuck to the highways and main roads – making them easy targets for Ukrainians.

Another major obstacle to Russia’s invasion was poor logistical planning. Supply chains, communication lines, and command and control protocols have been botched, resulting in a vehicle run out situation fuel and troops do not know their targets.

Inexperienced forces, which included conscripts and non-commissioned officers, were sent to the front without any authority to make decisions, and they had no meaning before either decisions.

Colonel Vivek Chadha (Retd), research associate at the Institute for Defense Studies and Analysis, notes that Russia has deviated significantly from its recent campaigns in Syria and Crimea. The use of proxies, limited campaigns, and asymmetric warfare should also have guided the current approach.

Eventually, Russia resorted to mass attacks on civilians, abandoning the idea of ​​”surgical strikes” and hitting only the opposing army. This could potentially lead to uprisings that could last for decades even if Russia pulls it off ultimately overwhelm Ukraine.

“First, the success and lessons learned from previous military campaigns should feed into any new military strategy,” he added.

Second, the ultimate goals of any modern military campaign should be clearly established. These should be achievable, pragmatic, short-term and not “overambitious,” he stressed.

Colonel Chadha added that for any campaign, supply chains and logistic commands are the lynchpin. “These should be given priority, as well as timely and methodical planning. As we saw for Russia, without proper plans, the campaign was difficult,” he said.

He concluded by declaring: “Any campaign in a country where the populace does not support you will have a significant cost in lives and resources. This should be assessed before each campaign”.

Although Ukraine has been able to stop Russia and has been aided by Western armaments and Russia’s military planning errors, it is difficult to estimate how long this semi-stalemate will last.

Also read: War in Ukraine and the growing dismay at the UNSC, its power, authority and importance