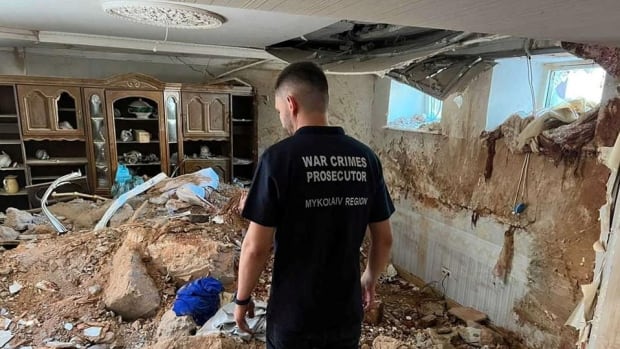 Human rights groups have criticized some Ukrainian acts of war. Experts say they should be taken seriously

More than five months after the start of the Russian invasion, Ukraine’s Prosecutor General’s Office has launched an investigation more than 26,000 alleged Russian war crimes. However, it is unclear to what extent Ukraine is investigating actions by its own armed forces that may have violated international laws or put civilians at risk.

There is ample evidence linking Russian forces to atrocities and flagrant war crimes in Ukraine, including mass killings, indiscriminate assaults, the use of rape as a weapon of war, and the alleged forcible deportation of hundreds of thousands of Ukrainians from their country.

Although the scale of Russian brutality in Ukraine is high, recent reports from Amnesty International, the Office of the United Nations High Commissioner for Human Rights (OHCHR) and Human Rights Watch have also raised concerns about the behavior of the Ukrainian armed forces. These include the mistreatment of prisoners of war, extrajudicial punishment, and the use of residential areas for military operations, putting civilians squarely in the line of fire.

On Thursday, Amnesty International Secretary-General Agnès Callamard said there was “a pattern of Ukrainian forces endangering civilians” and “being in a defensive position” was no exception to complying with the rules of war.

The Amnesty report prompted the organization’s country director in Ukraine, Oksana Pokalchuk, to resign on Friday.

She said Amnesty unwittingly “created material that sounded like support for Russian narratives of the invasion. In an effort to protect civilians, this study became a tool of Russian propaganda.”

“There is never a completely clean page”

Despite controversy over recent reporting, human rights experts say it’s important that Ukraine prosecutes all violations of international law for reasons of accountability – and to prevent Kyiv from providing fodder to Moscow to justify its bloody invasion.

“Even in the most asymmetric wars there is never a completely clean side,” said Mark Kersten, assistant professor of criminology at the University of the Fraser Valley in BC and senior consultant at the Wayamo Foundation, a German nonprofit organization dedicated to promoting justice for international crimes.

Although Kersten said Ukraine was undeniably the victim of Russian aggression, he told CBC it should take seriously all “credible allegations” against its military and other armed groups if it wants to maintain its “moral superiority in relation to international law.” .

Both Russia and Ukraine are signatories to treaties that enshrine human rights in armed conflict and regulate the rules of war. Among them are the Geneva Conventions of 1949, which set standards for the humane treatment of civilians and prisoners of war.

On the ground in Ukraine, prosecutors are collecting evidence of alleged war crimes against Russia. Her work comes as a Russian soldier pleaded guilty to killing an unarmed civilian in the first war crimes trial since Russia invaded Ukraine.

Protecting and endangering civilians at the same time

Russian forces have been widely accused of violating international laws requiring them to minimize civilian deaths. But regardless of whether their adversaries follow the rules of war, Ukrainian forces also have legal obligations to limit harm to civilians, said Belkis Wille, senior crisis and conflict researcher at Human Rights Watch (HRW).

in one report Human Rights Watch, published in July, raised the alarm about several incidents in which Ukrainian and Russian forces endangered civilians by setting up military operations in residential areas or public facilities, such as schools or health centers, without taking adequate steps to protect civilians or to bring them to safety.

An incident involving Ukrainian forces investigated by HRW occurred in the village of Yakovlivka. The report, written by Wille, details how militants arrived shortly after Russia invaded the country and settled in a schoolhouse. Days later, an attack on the area killed four civilians and wounded ten others.

The OHCHR also warned against military operations in civilian installations and the possible use of human shields. It is reportreleased in June, blamed both Russia and Ukraine for one Attack on a nursing home in the Luhansk region, in the first weeks of the conflict. Dozens of “vulnerable civilians” are believed to have been killed after Ukrainian forces deployed at the strategically located facility. Staff and residents were not evacuated before Russia-linked forces attacked, OHCHR reported.

“Of course, if there are armed forces in the area, that means that the area becomes vulnerable,” said Wille. “Wherever Ukrainian forces are stationed, that is a legitimate military target for the Russian side.”

She told CBC News that there were instances where residents in some areas welcomed the presence of Ukrainian forces because they wanted protection from invading Russian forces, but she explained that because of the obligation to remove civilians from those areas, ” somehow irrelevant to the law”.

The OHCHR report identified several other concerns about the conduct of the armed forces on both sides, including:

Wille said a complicating factor in investigating whether Ukrainian fighters were responsible for violating international law is that there are a number of different uniformed factions alongside Ukraine’s military. Many fighters may not have formal training.

The Territorial Defense Force is a branch of the military, but is made up of ex-active-duty soldiers and civilian volunteers. The Azov Battalion was formed in 2014 as a far-right militia that eventually became subordinate to the Ukrainian National Guard. Another group called the Kraken Regiment, formed early in the war and associated with Azov, also operates largely voluntarily. Ukraine has also opened its doors to some foreign fighters.

Wille said these “newly formed combat groups” are in a “grey area” without a clear command structure and abuses may go “completely unchecked”.

“We have no idea what kind of training they receive in the principles of the laws of war and to what extent there would be a sufficiently robust system to investigate and record these potential abuses if they violate the laws of war and they are responsible,” she said.

Kersten explained that not all fighters act on orders when they commit suspected human rights violations.

“While I don’t think people should blame bad apples for these things, there will always be bad apples who, you know, commit individual war crimes outside of the military command structure,” he said.

Enormous efforts are being made to gather evidence of alleged war crimes by Russian forces in Ukraine. Investigators from the International Criminal Court, Amnesty International and Human Rights Watch are on the ground collecting reports of extrajudicial executions, enforced disappearances and torture, among other things. Today, Belkis Wille, senior researcher at Human Rights Watch, talks about what she and her team have found so far and why she thinks it’s important that “people around the world, leaders but also citizens of Russia, can actually read about what this war is like and what abuses are being committed.” WARNING: This episode contains graphic content and may affect those who have experienced or know someone who has been affected by sexual violence.

Why accountability matters to Ukraine

Ukrainian President Volodymyr Zelenskyy has slammed Amnesty International’s report released on Thursday, accusing the organization of trying to “shift responsibility from the attacker to the victim”.

“If you provide manipulative reports,” Zelenskyy said in his nightly video address, “then you share responsibility for the deaths of people with them.”

Asked by Reuters about the controversy surrounding its latest report and the resignation of its country director in Ukraine, Amnesty said on Saturday it was preparing a further statement.

WARNING: This story contains graphic images | When it comes to pushing propaganda about the war in Ukraine, Russian President Vladamir Putin has help from a group of Westerners with a long history of peddling disinformation, including John Mark Dougan and Canadian Eva Bartlett.

CBC News contacted Ukraine’s Prosecutor General’s Office to inquire about an investigation into possible violations of international law by Ukrainian militants. No reply had been received at the time of publication.

Global Affairs Canada would not say whether Canadian officials have urged Ukraine to investigate claims its forces violated international law. Canada “unwaveringly” supports Ukraine against Russian aggression and wants to “ensure all those involved in these horrific crimes and the illegal war are held accountable.”

Although Russia is unlikely to investigate its own atrocities, University of the Fraser Valley’s Kersten said it was “in Ukraine’s best interests” to investigate possible violations by its armed forces – in the interests of what happens when the conflict ends ends.

“It’s harder to live side by side [after the war] knowing that there are perpetrators in the other person’s community who have not been meaningfully held accountable, that there has not even been an acknowledgment that there has been any wrongdoing.”