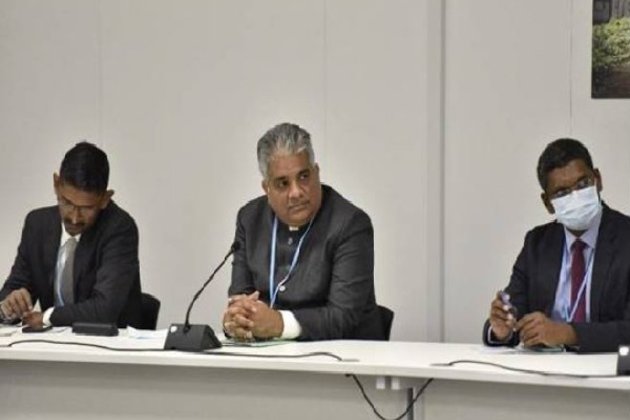 India calls for climate finance to be increased to $ 1 trillion

New Delhi [India]Nov 3 (ANI): Union Minister for Environment, Forests and Climate Change, Bhupender Yadav, on Tuesday called on like-minded developing countries (LMDC) to work closely together to protect the interests of developing countries and called for climate finance to cease The levels decided in 2009 should be raised to at least $ 1 trillion in order to achieve the goals of combating climate change.

In his speech at the LMDC ministerial meeting on the sidelines of COP 26 in Glasgow, Yadav underlined the unity and strength of the LMDC as fundamental to the negotiations on the United Nations Framework Convention on Climate Change (UNFCCC) to safeguard the interests of the Global South in the fight against the Climate change.

The Environment Minister also stressed that India, under the dynamic and visionary leadership of Prime Minister Narendra Modi, is working on ambitious climate action in line with sustainable development priorities.

He urged LMDC members to partner with India to support the global initiatives it has driven, including the International Solar Alliance (ISA), the Coalition for Disaster Resilient Infrastructure (CDRI) and the Leadership Group for Industry Transition (LeadIT).

The Minister also recognized the efforts of the Third World Network (TWN) to support LMDC and expressed the need to allocate resources to TWN.

Yadav urged LMDC countries to work closely together to protect the interests of developing countries, including the need to ensure a balanced outcome with equal treatment of all items on the agenda including funding, adaptation, market mechanisms, response measures and transfer delivery decisions to environmentally friendly technologies.

The countries jointly underlined the need to ensure that the voices of the LMDC countries are heard loud and clear. The results of COP 26 must respect the basic principles of the Convention, including justice and shared but differentiated responsibilities and skills (CBDR-RC). Developed countries must provide developing countries with options for implementing climate finance, technology transfer and capacity building.

They stressed the empty promises made by developed countries and the inability to deliver the $ 100 billion a year by 2020. They also called for the Paris rulebook to be completed quickly. (ANI)

The roots of the Central American migration crisis