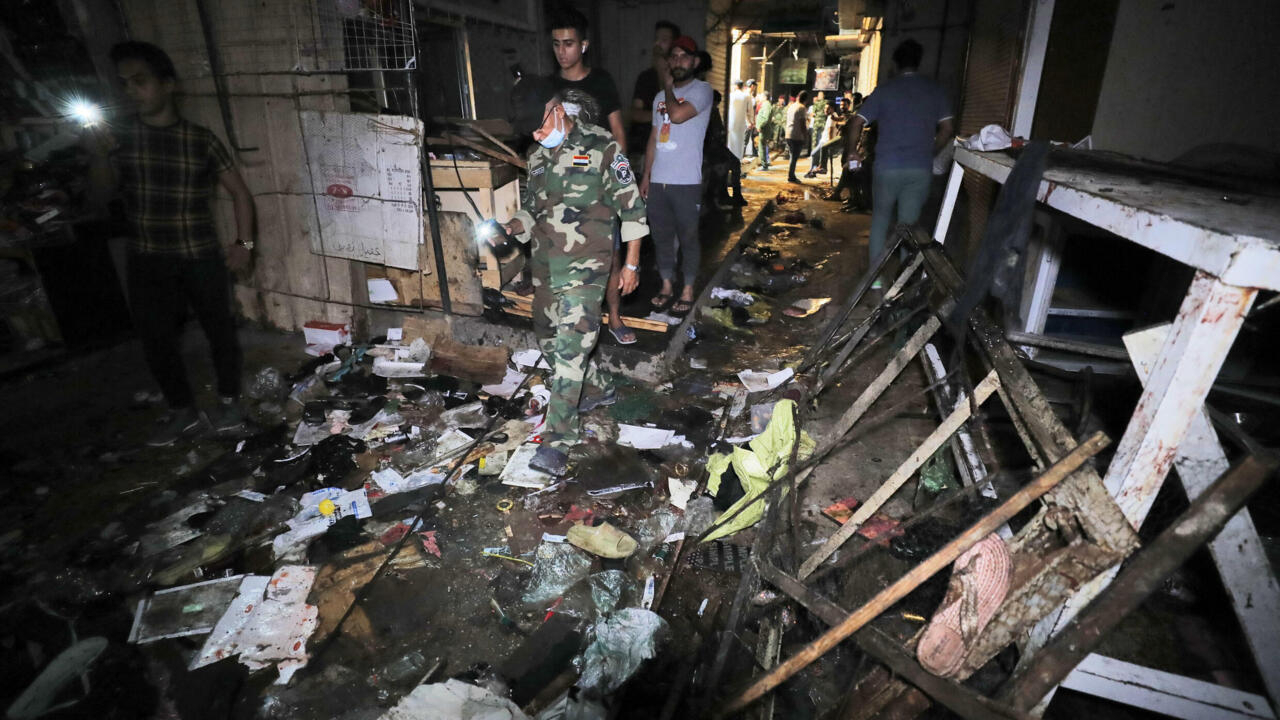 An explosion shook a busy market in the Iraqi capital on Monday, killing nearly 30 people in an apparent suicide bombing ahead of the Eid celebrations, according to medical sources.

In one of the worst attacks in Baghdad in recent years, body parts of victims were scattered around the previously busy market, which was crowded with shoppers before the Islamic festival of Eid al-Adha, according to an AFP photographer.

Doctors said that around 50 people were injured in the explosion.

Iraqi President Barham Salih described the bombing in the densely populated, predominantly Shiite suburb of Sadr City as a “heinous crime” and expressed his condolences.

“They attacked our civilians in Sadr City on the eve of Eid,” Salih said in a message on Twitter. “They don’t allow people to be happy for even a moment.”

Eight women and seven children were among the dead, according to medical sources, who said the death toll ranged from 28 to 30.

There was no immediate responsibility, but two security sources told AFP that this was caused by a suicide bomber wearing an explosive belt.

Video footage shared on social media after the explosion showed bloody victims and people screaming in fear. The explosion was so strong that the roofs of some of the market stalls were torn off.

“Several victims were killed and others injured in a terrorist attack using a locally manufactured IED (improvised explosive device) on the Woheilat market in Sadr City in eastern Baghdad,” said the Iraqi Interior Ministry.

Fridges full of bottles of water were soaked in blood and shoes were lying on the floor next to fruit, AFP journalists said.

“It is a sad Eid night in Iraq,” said the International Committee of the Red Cross. “Our deepest condolences and condolences go to those who have lost loved ones.”

The Baghdad Task Force, a joint security organ of the military and the Interior Ministry, said it had opened an investigation into the explosion, and police and forensic teams searched the smoking wreckage for clues late Monday.

In January, the Islamic State group committed itself to a rare suicide bombing that killed 32 people – also in a crowded market in Baghdad.

This explosion was the city’s deadliest attack in three years.

Such violence was commonplace in Baghdad during the sectarian bloodletting following the US-led invasion of 2003 and later when ISIS swept across much of Iraq and targeted the capital as well.

But after years of deadly violence, militant attacks have become relatively rare in the capital, Baghdad.

The attack sparked an angry response from Iraqis on social media.

“Terrorism and government failures keep stealing our lives,” tweeted youth activist Alaa Sattar. “The authorities have nothing but condolences to distribute and investigative committees to empty.”

Another Twitter user wrote: “Every oath, there is a tragedy in Baghdad. It is impossible to celebrate like the rest of humanity”.

However, the group’s dormitories continue to operate in desert and mountain areas and typically target security forces or government infrastructure with minor casualty attacks.

Sadr City, where the bomb explosion took place on Monday, is named after the revered Shiite cleric Mohammed al-Sadr.

His son Moqtada Sadr – a hot-blooded clergyman with millions of supporters and the commander of paramilitary groups – is a major player in Iraqi politics who has often protested against US and Iranian influence.

Sadr’s boycott of the upcoming October elections is a blow to Prime Minister Mustafa al-Kadhemi, who called for an early vote in response to demands from pro-democracy activists.