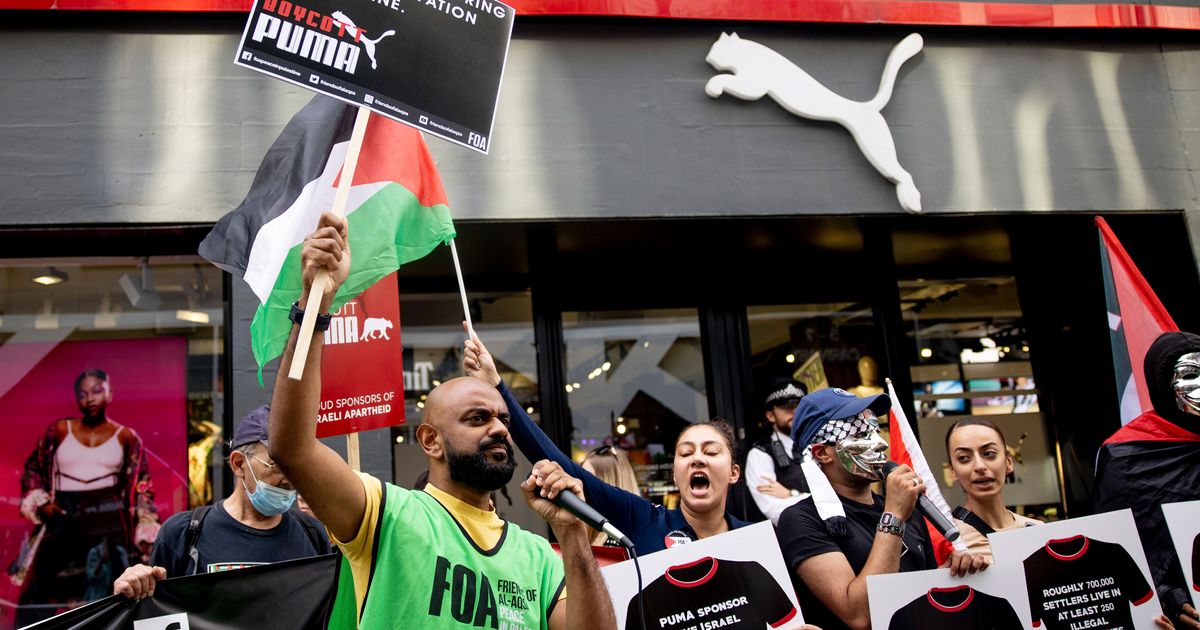 Is the BDS movement too alienating to bring about real change?

Big Thief, a popular indie rock band, recently announced two concerts in Tel Aviv, Israel, where one of the band members is originally from. Shortly thereafter, the band faced harsh condemnation from fans and activists who support the Boycott, Divestment and Sanctions movement, which seeks to economically isolate Israel over its history of violence against the Palestinian people. In a statement defending their decision, the band said they were “well aware of the cultural aspect of the BDS movement and the desperate reality of the Palestinian people.” and could not “claim to know where the moral high lies, and we want to remain open to other people’s perspectives and to a love beyond disagreement.”

Anger at Big Thief only intensified. The leftist publication Mondoweiss accused the band of “violent complicity” with the Israeli government. Some fans of the band flooded it with angry comments online. Days later, Big Thief canceled the shows and apologized for the “recklessness and naivety” of their previous statement. “We are against the illegal occupation and systematic oppression of the Palestinian people,” the band said. Palestinian activists welcomed the decision and the firestorm died down. It was a victory for BDS advocates by every measure.

But Big Thief’s reversal raised uncomfortable questions that left-wing activists must soon reckon with, as Israel itself shows no sign of backing down on its decades-long oppression of the Palestinians. While BDS has undoubtedly made notable gains in the US and the global left—and gained a kind of acceptance unimaginable just a decade ago—it is nowhere near its ultimate goal of Palestinian liberation. BDS supporters point to the example of the boycotts against South Africa that led to the collapse of the apartheid regime, but the racist white minority there enjoyed far less global support than Israel does today. If the BDS, formed in 2005, exists in the spirit of the anti-South Africa movement, it cannot claim such influence. It may never be able to.

Meanwhile, it’s unclear whether conventional liberals and moderates have been persuaded to join a cause linking Zionism to genocide. To dramatically change Israeli policy, where reactionary right-wing lawmakers wield great power, it will take the US government, Israel’s greatest patron, to force that change. BDS runs the risk of being too alienating, tactically and rhetorically, to accomplish this.

While two pro-BDS politicians, Ilhan Omar and Rashida Tlaib, have been elected to Congress, there is no substantive alliance between leftists and more liberal Zionists that could change the US administration’s staunchly pro-Israel stance. Indeed, the biggest shift in U.S. foreign policy toward Israel over the past decade came before the BDS movement entered the political mainstream and the Democratic Socialists of America, the dominant electoral vehicle for BDS-backed politicians, came to power. In the mid-2010s, Barack Obama, a supporter of Israel (like other US presidents), brokered the Iran nuclear deal in the face of furious opposition from the entire Republican Party, many Democrats, and the Israel lobby united front. Donald Trump would later nix the deal, but it was a remarkable achievement in the short term.

Many liberals in the US have been angry with Israel for obvious reasons. Until recently, Benjamin Netanyahu, a corrupt conservative ideologue, was the nation’s overly powerful prime minister. He lashed out at the Democrats and drew closer to Trump, who became a virulent Israel hawk. There is no longer a viable left, or even left-leaning, movement in Israel, a nation where socialism once had a footing and a young Bernie Sanders could credibly live on a kibbutz. Netanyahu swung to the right to retain power as ultra-Orthodox politicians gained influence. A centrist government that had banded together to overthrow him is now collapsing. After early elections, Netanyahu could be back in the fall.

The question is how supporters of BDS are likely to achieve their goals in this daunting environment. The goals of BDS are a mixture of the pragmatic (Israel’s withdrawal from the occupied territories in accordance with international law) and the radical (gaining the Palestinian refugees and their descendants the right to return and claim the property they lost during the Palestinian war lost from 1948). 1967 Six Day War). The radicality of the latter goal lies not in whether it is fair—supporters of US-style pluralistic democracy should embrace the idea of ​​a binational state that treats Palestinians and Israelis equally—but in the catastrophe it would likely unleash. Israel, a parliamentary democracy established to be a Jewish state and safe haven for those facing anti-Semitic violence around the world, will never accept a nation that is not fundamentally Jewish in character. It doesn’t matter that democracy and theocracy should be incompatible. No major western nation would join an Israel with a Jewish minority. A civil war like the one that killed more than 100,000 people in Lebanon in the 1970s and 1980s could be the darkest outcome of the one-state solution if it ever comes to fruition, although more optimistic scenarios could materialize.

The problem, of course, is that increasingly conservative Israeli governments have consistently flouted international law and failed to uphold the terms of the two-state solution, which would grant the Palestinians their own land. Illegal settlements in the West Bank are roadblocks to peace. BDS advocates and other progressives are rightly disillusioned with the two-state solution, and it is understandable to demand more. What needs to be questioned in the activist spaces beyond the Middle East is whether the strategies of the BDS movement really work. Is Israel under significant external pressure, or is it merely hardening against cultural boycotts, which are often portrayed – rightly or not – as anti-Semitic? Does banning an Israeli food truck from a street festival, or asking rock icons to avoid Israel, further the cause?

For activists who see Israel as the equivalent of apartheid South Africa, this is a necessary gesture. Build up enough cultural pressure and the diplomatic responses will somehow follow. For most mainstream voters in the US and elsewhere, Israel presents a more complex case. A cultural boycott of a particular nation invites comparisons that need to be considered—at least politically. Other democracies, including the US, are involved in horrific crimes. BDS exists as a social justice movement for Palestinians; it is wrong to ask her to suddenly have answers on all sensitive international issues. But the average person in need of persuasion may ask BDS advocates in the US why so much energy is being expended on Israel and so little on other destructive nations like China or Saudi Arabia. If Big Thief supports Palestinian oppression by being set in Israel, it can be argued that a US tour of any number of cities would constitute a demonstration of support for the US military and its crimes, as well as the systemic racism that has always existed nor plagues the nation. Why not send shows to Canada, a country that may have fewer battles on balance?

If the question seems disingenuous, activists have pushed them into the arena. To actually win, proponents of BDS must form a coalition with organizations they despise — like the liberal Zionist group J Street and moderates, who don’t share their policies but might be open to embracing the natural cause of solidarity with the oppressed minority . BDS needs to focus on specific goals. For example, Andy Levin, a Jewish congressman from Michigan, has proposed legislation that would ban the use of US military aid in the occupied territories. Instead of focusing on cultural boycotts, activists could try to build a much larger base for this bill and elect more Democrats who could get it through Congress. The idea of ​​conditioning military aid has gained momentum — and Bernie Sanders welcomes it in the Senate.

While the political terrain may seem friendlier to BDS than it did four or five years ago, the Israel lobby has quietly regrouped. The American-Israeli Public Affairs Committee and the Democratic Majority for Israel have spent heavily in recent years to help elect Democratic Israel-hawks to Congress over progressive challengers. Twice DMFI helped Shontel Brown defeat Sander’s henchman Nina Turner in Ohio. In North Carolina, Israel Hawks helped Valerie Foushee beat Nida Allam, a progressive critic of Israel. Other congressional proxy wars loom: Levin must defeat Haley Stevens, a fellow heavily funded by AIPAC bundlers, and Donna Edwards tries to fend off an AIPAC-backed challenger in Maryland.

Neither Edwards nor Levin have any serious appeal to the BDS movement. However, their defeats would further set back an activist class that must find a way to win over Washington in the next generation. Israel cannot change from within: the far right is too influential and will influence elections there for years to come. Only the US can bring these forces under control through diplomatic and military pressure. To change US policy, pro-BDS activists and other advocates for the Palestinian people must aggressively contest elections and join J Street in raising funds for candidates who will help them in Congress. There is enough progressive money sloshing through Washington now, from small donors and wealthy individuals alike, to fund super PAC efforts to counter AIPAC and DMFI.

Winning means compromise. If activists yearn for a one-state solution, they should differentiate themselves from the populists and talk less about it, instead channeling their rhetoric towards more palatable positions such as ending the occupation and imposing conditions on US military aid. In general, there should be fewer demands that satisfy only the most ardent believers while driving out those who don’t know the intricacies of Israeli-Palestinian relations – like tiresome debates about whether Zionists can be feminists. A band with a bass player from Israel wants to return to the city where the musician grew up. Preventing the group from playing a club in Tel Aviv will not save the Palestinian people; The innocent civilians dodging Israeli missiles don’t care where Big Thief plays its music.

Daily news about politics, business and technology shaping our world.