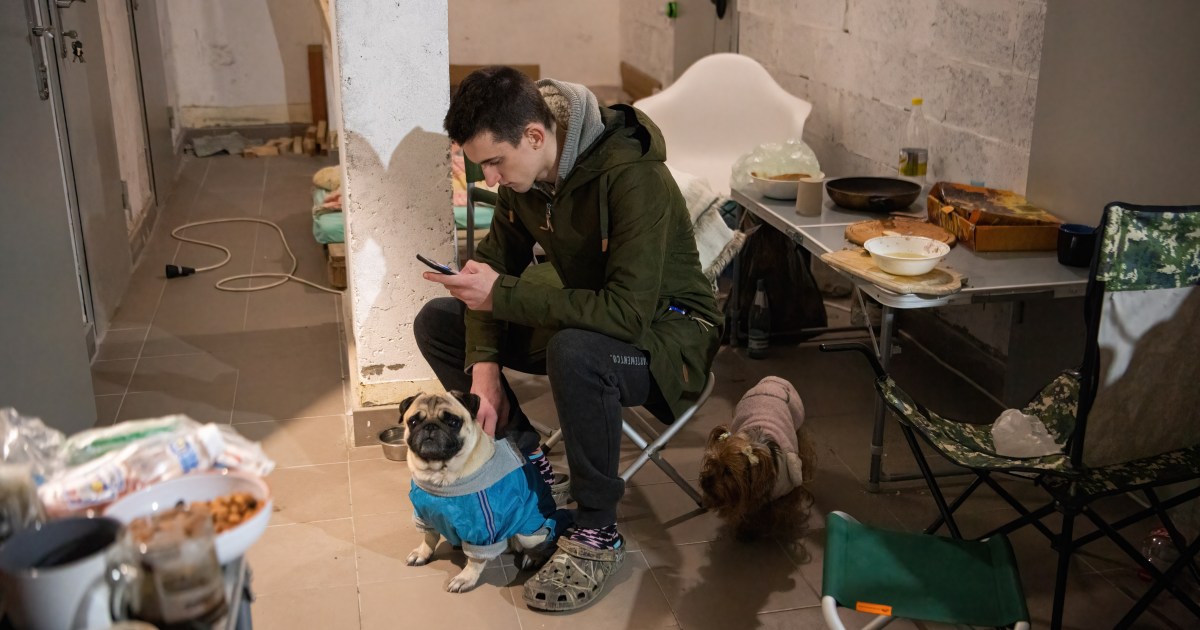 Since February 2022, Ukrainians have been producing live streams videos of warfare, including missile launches, explosions of critical supplies, and the horrific impact of Russian military aggression on civilians. Such collective documentation has appealed to the humanitarian empathy of those who view and share these vignettes on television and social media platforms, while reflecting an apparent lack of diplomacy and conscience on the part of the Russian leadership. Modern communications have historically been used or manipulated to share the egregious nature of military action or the attitude of political zealots War in Vietnam which was broadcast over television networks to show videos showing the aftermath Chemical attacks in Syria. Similarly, social media and other technological tools not only provide a real-time narrative of the Ukraine conflict to reinforce viewers’ disapproval of Russian President Vladimir Putin, but also show calls for public diplomacy issued in the current video appeals of Ukrainian President Zelenskyy before the US Congress and the US media. The fact that private technology and telecom companies are also creating the rules for how technology is used during the Ukraine-Russia conflict is also interesting, especially since their digital ventures have little to no government oversight. In this blog, we explore three areas where the private sector has been most active in the technological arena — social media, internet infrastructure, and content moderation — and propose questions about how the laissez-faire approach to technology has changed during the war or serious global confrontations may impact future diplomatic efforts.

The role of social media in the Russia-Ukraine conflict

Before the invasion of Ukraine, Russia increased its disinformation and propaganda capacities on social media to spread false narratives supporting an invasion of Ukraine and the need to do so “denazify” the country and manufacture Expectations of Ukrainian aggression. In the early days of the invasion, the Russian state media was quick to catch on re-characterize the conflict; blame their brutality in Mariupol on neo-Nazis “hiding behind civilians as a human shield”; Attacking an area by a nuclear complex while claiming to protect it; that it was Ukraine and not Russia that indiscriminately attacked Kharkiv’s residential areas; and more. While the government of Ukraine hasn’t launched any comparable false/disinformation efforts, it has stories of warlike them Confrontation on Snake Island and The spirit of Kyivhave skirted the boundaries of fact and fiction.

Outside of both countries, global citizens have also flooded social media in recent weeks with reports of devastation from other conflicts, including Russia previous annexation of Crimeathe ongoing conflict in Syria, The Israeli-Palestinian conflict, and more, making it difficult for the average online user to discern the authenticity of the content they are viewing. Supporters of the American far-right have also engaged in spreading disinformation, including exposed conspiracies by American-funded biolabs in Ukraine that were taken over by Russia.

As the Russia-Ukraine conflict continues, social media platforms such as Meta and Twitter, have identified inauthentic activities and campaigns and removed them from the platform. While these companies have attempted to increase their content moderation, they have also been criticized for not responding more quickly to such potentially dangerous content. Facebook, for example, has been criticized for this to fail to stop conspiracies by American-funded biolabs in Ukraine, promoted by Russian and Chinese state media, and for overlook Spanish language disinformation. In response to the misinformation surrounding Tik Tok, the Biden-Harris administration recently stepped in preparation Influencers on their biggest questions about current events in Ukraine.

With much of the activity taking place on privately owned platforms, the broader debate should focus on the greater responsibility of private tech companies to step up their content moderation strategies on rapidly evolving events, and whether governments should exercise greater oversight. Examine the proactive role played by the EU ban immediately Russian news outlets are proposing a role for the government, but are also setting a new precedent for how to handle technology in these times.

Here in the US, political battles are raging over the monopolistic and deceptive control that platform companies enjoy in our democracy, particularly over social media. While the slight surge in de-platforming of divisive content has helped defuse unnecessary divisions, more research is needed as to whether these privately owned online companies should be solely responsible for such decisions, particularly in real-time during international crises. Or should social media companies consider government input consistent with First Amendment restrictions when setting norms for content hosted on their platforms?

In addition to the increasing use of social media, the availability and use of internet backhaul has been a critical aspect of this international conflict. After Russia’s invasion of Ukraine requested ICANN and RIPE NCC, two major Internet organizations responsible for maintaining the core technologies that allow the world’s computers to communicate with each other in order to cut off Russian Internet services from the rest of the world. Both organizations eventually rejected Ukraine’s request, claiming that despite the war, its main task was to facilitate communications, not restrict access to parts of the Internet. Similar calls were made by Ukrainian officials and activists for Cloudflare and Akamai, two major web infrastructure and website content providers, to cease operations in Russia similarly rejected. Both companies echoed the views of ICANN and RIPE, saying they would continue to operate in Russia so that ordinary Russians could continue to have secure means of accessing open and accurate information about the conflict.

Private infrastructure players have also played an unexpected role in this conflict. Billionaire Elon Musk, the CEO of SpaceX, answered calls expedient provision of Starlink satellite Internet access terminals for Ukraine. While the Ukrainian use of the service is currently unknown, the companion app for accessing the internet has been most downloaded app in the country in March 2022. In response to efforts to strengthen internet backhaul and connectivity, Russian forces have reportedly attempted to do so jam satellite terminal signals. Likewise, a cyber attack on Viasat, a satellite internet provider and Western defense companies operating during the opening hours of the Russian invasion of Ukraine attempted, with some success, to permanently disable access terminals in Ukraine and other parts of Europe.

While cyber experts had expected it widespread cyber attacks from Russia, the country had conducted limited attacks on Ukraine’s communications infrastructure and the scale was small. This has shown restrictions of cyberwar in modern warfare and shows that warfare will remain physical and bloody. Warfare infrastructure issues will continue to focus on who should and should not have access to international resources in order to stay connected, even if some sort of compromise is reached between the two countries. And as private sector companies embolden themselves to respond to Internet backhaul sabotage, increasing national security concerns associated with such novel developments will arise.

After the Russian invasion of Ukraine, many Western companies have done so began to withdraw from the country. Western tech companies have also restricted their operations inside Russia, imposing restrictions on what Russian internet users can do on their platforms. For example, YouTube has blocked all Russian state media worldwide, while TikTok has blocked users in Russia from posting on the platform. In return, Russia clogged enter to Facebook, Twitter and Instagram in retaliation for actions taken by the platforms. The country too passed a law criminalizing uploading “false information” about the invasion of Ukraine.

As Russia’s Internet isolation grows, many have begun wonder if the Kremlin moved to create controls akin to the Great Firewall in China. While the Kremlin was able to found Triggering oversight filters and short-term internet outages, moving from a free internet to a more restricted one could be difficult. of Russia attempt Banning Telegram in 2018 was largely ineffective, one order even government officials not complied with. VPN usage within Russia has already been done heaving in recent weeks while the government tried to block external access limited Success. Regardless, these developments raise important questions about the role of a free and open internet in times of global conflict and how authoritarian countries can attempt to seize sovereignty over their digital space, leading to increased online political propaganda or further restrictions on the People carries rights and other freedoms.

The Russian invasion of Ukraine has raised many important questions about the role of technology and difficult choices that must be made to ensure openness and accessibility for citizens. In the past, decisions to disable power or financial grids during wars have passed through the hands of the government and military. Now content on social media and internet infrastructure is left in the hands of these private actors, adding another dimension to diplomatic decision-making. This can lead to two possible paths. The first will strengthen closed Internet architectures and communication systems that contribute to global turmoil. The other will allow for an exchange of information that condones both passive and explicit acts of aggression, while involving the outside world audience as observers. As Congress debates national arguments about technology’s role in democracy, you may wish to reflect on what it means to democratize internet governance and hold corporations accountable for decisions made during this international crisis.

Thanks to James Seddon for his research assistance.

Facebook and Google are general unrestricted contributors to the Brookings Institution. The insights, interpretations and conclusions published in this article are solely those of the authors and are not influenced by donations.

After Russia invaded Ukraine, a US non-profit organization shifted its mission