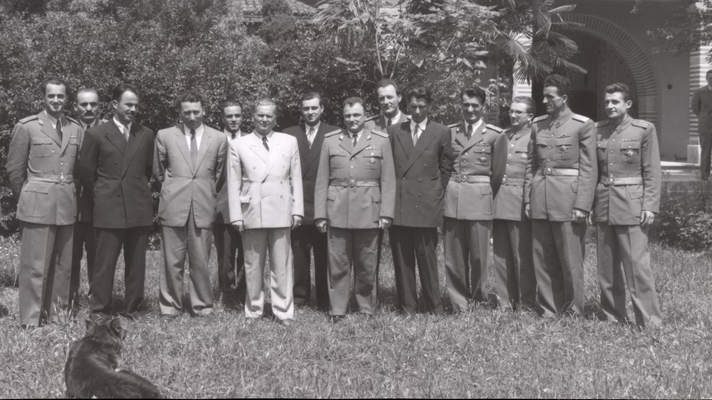 Since the fall of the Berlin Wall three decades ago, a multitude of Eastern European countries have opened the archives of their secret services and enacted laws aimed at excluding from public life those associated with rights violations under their former communist regimes, particularly family members the security forces apparatus and its informants.

There have been attempts to do the same in the former Yugoslavia, but these have met with more controversy than real success.

In 2016, Montenegrin opposition parties demanded the opening of secret files from the communist era and the war years of the 1990s. The DPS government was headed by veteran Montenegrin leader Milo Djukanovic, who then appointed retired intelligence officer Gojko Pejovic as Inspector General of the National Security Agency (ANB).

Pejovic was tasked with evaluating the work of the ANB by examining secret files and operations. However, this did not lead to any progress in the release of parts of the secret archive.

Established in 1946, the State Security Administration of the Yugoslav era, UDBA, had wide-ranging powers and was mainly responsible for internal state security. Her main interest was how to deal with so-called internal enemies such as nationalists, separatists or opponents of the Communist Party.

As the UDBA has cracked down on Nazi Germany’s war collaborators, Serbian nationalists and communist supporters of Soviet leader Joseph Stalin, disclosing the material in its files could open old sores in society that’s why successive agencies have balked at it over the past three decades, analysts believe.

When UDBA was dissolved in 1990, Montenegrin officials promised that the state security files would be opened, but this did not happen.

The head of the Parliament’s Security and Defense Council, Milan Knezevic, said that Montenegro has been postponing the opening of the archives for decades.

“Opening the archives of the former UDBA and current National Security Agency should be normal in a democratic society. I believe that it is also necessary in Montenegro, but with clear legal rules that would avoid that [political] Manipulation and biased interpretations,” Knezevic told BIRN.

“The National Security Agency has not submitted any UDBA documentation older than 50 years to the State Archives of Montenegro. The State Archives also had no requests from the public for access to such documents,” Bojovic told BIRN.

The National Security Agency did not answer BIRN’s questions about why it failed to follow legal procedures and submitted the relevant UDBA files to the State Archives.

In its October 2021 report assessing the Western Balkans’ cooperation in the fight against organized crime, the European Parliament noted that “relationships between organized crime, politics and business existed before the break-up of Yugoslavia and have existed since the 1990s”.

The report condemned the “apparent unwillingness of the competent authorities to open the former Yugoslav archives” and called in particular for access to the files of the UDBA and the secret service of the Yugoslav People’s Army, KOS, to be granted.

The opening of archives could further polarize society

The latest on Biden, Russia and the Ukraine crisis: live updates