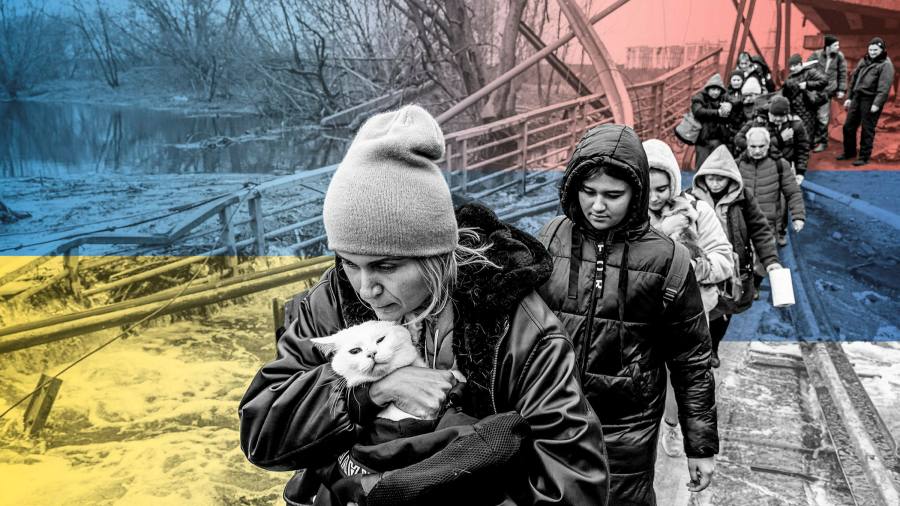 Ben Wallace, Britain’s defense secretary, on Tuesday vowed to speed up the process of issuing visas to Ukrainians fleeing the Russian invasion after criticism that the group had only been granted 300 visas so far.

Wallace was speaking after reports that 600 Ukrainians had arrived at the French port of Calais to reach the UK but had not been offered any meaningful help.

The UK, unlike EU members, has insisted that Ukrainians be given visas before arrival. It only offers visas to those who have relatives who hold UK citizenship or family members who are permanent residents of the UK.

The Home Office, which is responsible for immigration, has pledged to set up a second route allowing individuals, charities and businesses to sponsor Ukrainians to enter the UK, but has not yet published the scheme’s rules.

Wallace said the system is “not fast enough,” but pointed out that the Home Office is dispatching additional staff to the visa application centers that are facing the highest new demand.

“We need to scale it up,” Wallace said. “The Home Secretary has already doubled or in some cases tripled the number of people in various processing centres. We can do more, we will do more.”

Wallace added that the government’s sympathy was “huge” and that hundreds of thousands of Ukrainians could come to Britain.

EU countries have lifted visa requirements for Ukrainians and promised them a three-year stay.