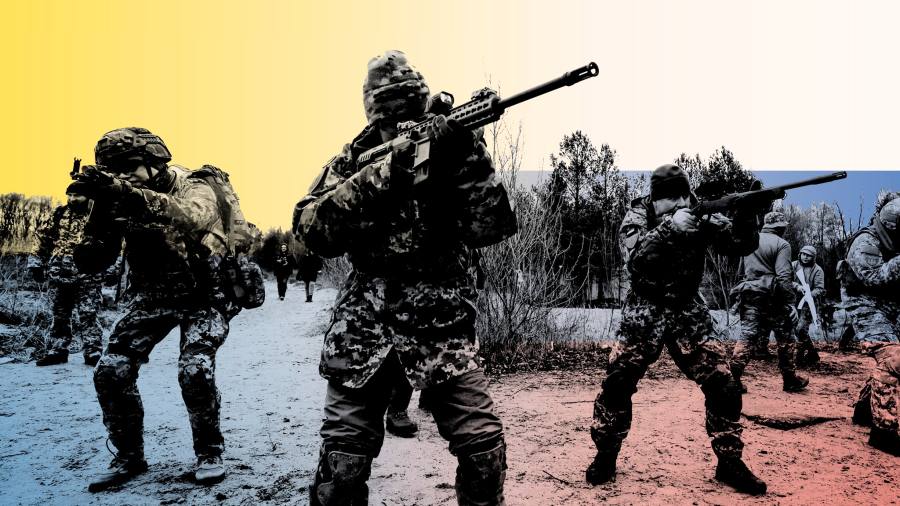 Western leaders have issued a barrage of condemnations and threatened reprisals for Russia’s invasion of Ukraine.

Vladimir Putin ordered troops into the country on Thursday and called on the Kiev army to lay down their arms in what many fear will be the worst conflict in Europe since World War II.

UN Secretary-General António Guterres warned that if military action led to a “general war” it would be difficult to predict the number of dead and displaced.

US President Joe Biden accused Putin of launching a “premeditated war that will result in catastrophic loss of life and human suffering.”

“In these dark hours our thoughts are with Ukraine and the innocent women, men and children who are facing this unprovoked attack and fear for their lives,” said European Commission President Ursula von der Leyen.

UK Prime Minister Boris Johnson said Putin had “chosen a path of bloodshed and destruction in launching this unprovoked attack on Ukraine,” adding: “The UK and our allies will respond decisively.”

“This is a terrible day for Ukraine and a dark day for Europe,” said Chancellor Olaf Scholz. “The Russian attack on Ukraine is a flagrant violation of international law. Germany condemns this ruthless act by President Putin in the strongest possible terms.”

Zhang Jun, China’s envoy to the United Nations, said the “door to a peaceful solution” is not yet closed and all parties should exercise restraint.

Ireland, which holds a seat on the UN Security Council, condemned the Russian invasion and called for decisive action by the West.

“Russia launched a full-scale invasion of Ukraine. God help them” tweeted Simon Coveney, Secretary of State. “Make no mistake, this is a shocking, murderous act of aggression against a sovereign, peaceful state. The EU and the world must respond vigorously.”

Did Putin tear up your contracts?