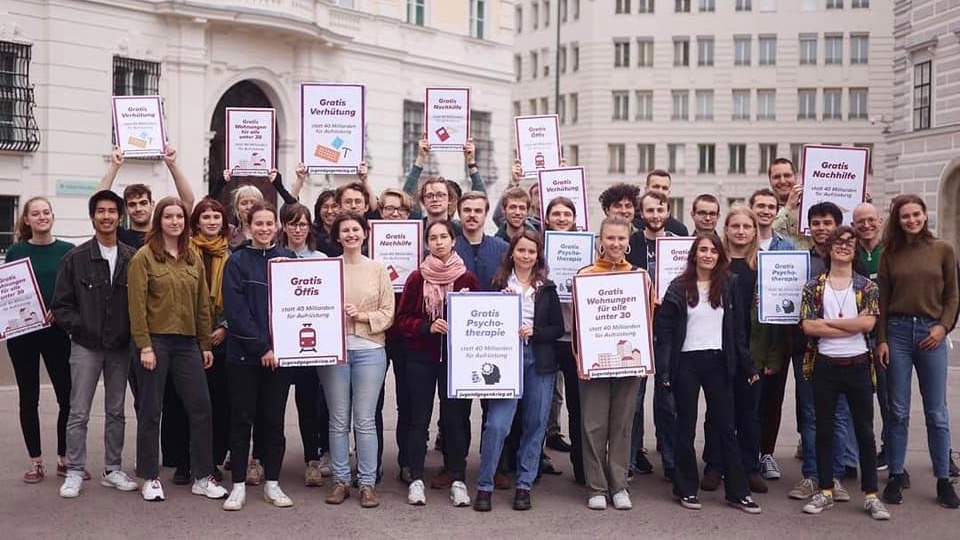 Austrian youth groups, including the Communist Youth of Austria (KJO) and the Junge Linke, last week initiated the Youth Against War campaign calling for peace, freedom and neutrality and protesting the centre-right coalition government’s plan, with more in the background Provide funds for military upgrades to the ongoing Russia-Ukraine war. The youth groups called on the government to allocate more funds to social spending instead, including free public transport, housing and health. On June 9th and 10th, demonstrations were organized in the cities of Vienna, Graz, Linz, Innviertel, Salzburg, St. Pölten, Innsbruck, Feldkirch and Klagenfurt, among others. Also, from June 12th, action stands have been launched in different parts of the country as part of the initiative and talks are scheduled for June 16th. Peace festivals are planned for the last week of June in the cities of Vienna, Linz and Graz.

The youth against the war campaign insists on maintaining Austria’s neutrality, which has existed since the Second World War, and demands that the country should no longer belong to any military alliance. Against the backdrop of the ongoing war in Ukraine, warmongers across Europe have lured countries into increasing their defense budgets by fomenting anti-Russian sentiment. Even historically neutral countries like Sweden and Finland have applied for NATO membership recently. At the same time, progressive and anti-war groups, especially leftists, have strengthened campaigns against militarization.

The youth against the war campaign declared that “no Austrian has to die in wars. With neutrality, Austria can also make an active contribution to more peace in the world. However, the war in Ukraine is being used to push us into an EU alliance or the NATO military alliance. We are clearly opposed to this and are fighting for peace and neutrality!”

“Everyone loses in the war – except for the armaments companies. The more bombs fall, the higher your winnings. They make money from the suffering and death of people. Wars always serve one purpose: to maximize the profits of corporations and banks. But it’s not the rich who die in their wars – it’s young, dispossessed people like us. Nobody wants war – except those who make money from it,” the campaign added.

The Young Left accused the government of continuing to give tax breaks to the rich and failing to take sustained measures to combat inflation, even though the rising cost-of-living crisis has overwhelmed working-class life in the country.

The KJO said that “after three months of war in Ukraine, millions fled and tens of thousands died. War is always the wrong way. We no longer want to see war, hardship and misery normalized. That’s why we act now. We are against war and everyone who fuels it. Together we are committed to a life in peace for all people.”

“No, we don’t want NATO membership and no EU army! No, we will not go to their wars! We fight for peace and socialism! We are the youth against the war,” added the KJO.