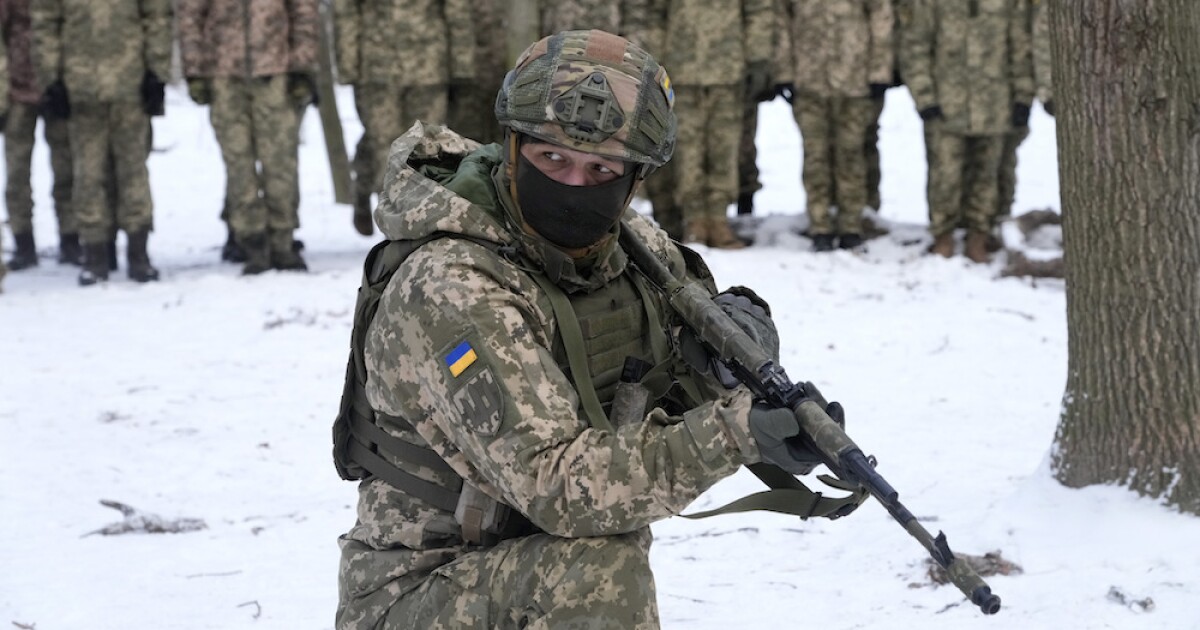 “We have reason to believe that Russian forces plan and intend to attack Ukraine in the coming week,” he said on Friday.

“Knowing that everyone there is having a really hard time concentrating on life today,” she explained.

Holding a picture of them nearby, she can only think that they don’t deserve this.

“You shouldn’t face any madness. They just want to live a normal life like everyone else — go to school, go to work, and not experience the taste of war,” Pop said.

She said she felt great that Ukraine was getting support from the Americans.

“We know that we are not alone in this fight because the world – civilization understands the danger of how it can end,” she said.

She said her family has made the basic preparations for collecting documents, but they are going about their daily lives while they wait and see what happens.

“Today I went to the bank to send money to volunteers who support the Ukrainian army – and help arm it [and] to help do whatever it takes,” Pop said.

She said if her family could tell the US anything, it would be to help.

“Don’t give up on Ukraine because we are the frontier to stop evil. Help us. pray for us

A group calling “Stand for Ukraine” will hold a rally at 2 p.m. Sunday in Balboa Park.

Aldabaiba proposes new roadmap for holding elections, loans and land for youth and money for health care for war-wounded – LibyaHerald