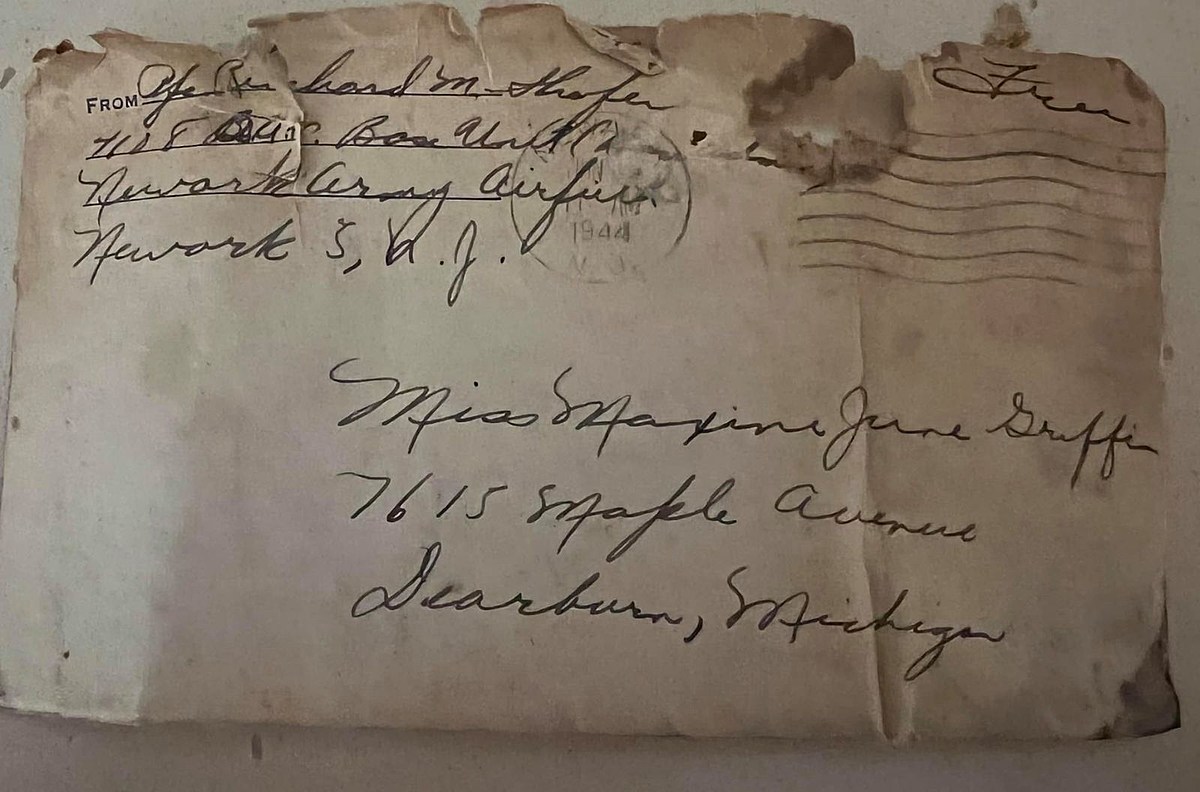 A man discovered an old love letter in a can of purchased recipes and is now looking for the couple’s family to return the letter.

Who doesn’t love a good love story? This begins during the Second World War. A Kalamazoo man wrote back to his lover in 1944. The soldier Richard Shafer returned as promised and married his lover Maxine.

At some point this letter was safely hidden in a tin with recipes. Until Shawn Armstrong discovered the cute letter.

I went to an antique mall in Ft. Wayne, IN and came across a can of recipes last Saturday. I’m a sucker for old recipes and cookbooks. It was my only purchase that day, 7.99 and I was on my way. As I got into our vehicle, I pulled out an envelope containing the letter. I read the letter and told my husband you need to hear this.

That evening I look for Richard and found his obituary and saw that he had married Maxine who led him to his death.

Everyone loves a good love story, right? Anyway, that 7.99 can contained what I consider to be pricelessâ€¦. If it were my grandparents, I would definitely want that. So I decided to try and find family members. ~ Shawn Armstrong

I did some digging myself and discovered that Richard Shafer was a graduate of Galesburg Schools and worked for Gibson Guitars for many years after his return from the war. Richard died a few years ago, but his obituary states that he was survived by his two sons, grandchildren, and great-grandchildren.

If you are Richard and Maxine Shafer’s family, Shawn wants to make sure this cute keepsake returns to your family. You can email me at [email protected] and I’ll be happy to put you in touch with Shawn.