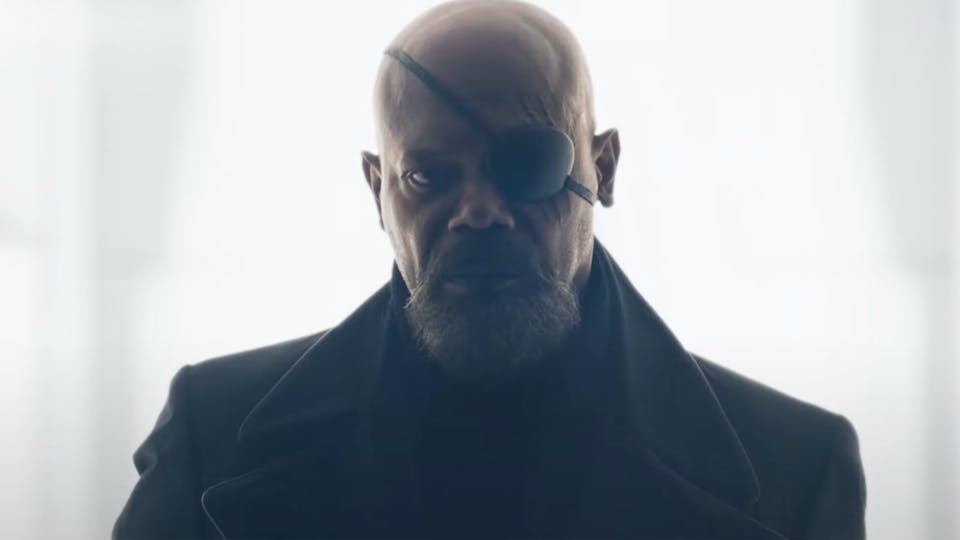 It’s been a while since we last saw Samuel L. Jackson as Nick Fury in the MCU – three years to be precise, considering he was last aboard a mysterious spaceship in the post-credits spin was sighted by Spider-Man: Far From Home. In the trailer for Marvel’s next Disney+ series Secret invasion, it’s clear that time has taken its toll on Fury. Bearded, without his signature eye patch, he ignores calls from Agent Hill (Cobie Smulder). But now something is pulling him back into the herd. Check out the new trailer below.

Secret invasion takes up a storyline that was first established in Captain Marvel, in which Fury encountered a shapeshifting alien race known as the Skrulls, the most famous of which was Talos, played by Ben Mendelsohn. This film threw audiences a curveball – the Skrulls weren’t the villains, as expected, but needy refugees driven from their homes by their ongoing war with the Kree. Mendelsohn is back for this new series that looks like a gritty, down-to-earth political thriller in which Fury fends off an invading force – although we still don’t know exactly what that force looks like. This trailer, as action-packed as it is, doesn’t give much away.

Also starring Martin Freeman, presumably returning as CIA agent Everett Ross, and Don Cheadle as James Rhodes, aka War Machine, aka “Rhodey”. Newcomers to the MCU include Olivia Colman, who appears to be a handler of sorts for Fury, Emilia Clarke, and Kingsley Ben-Adir, who we see many versions of at one point. Could the A night in Miami Star plays a skrull? We’ll have to wait a while to find out Secret invasion coming to Disney+ in 2023.