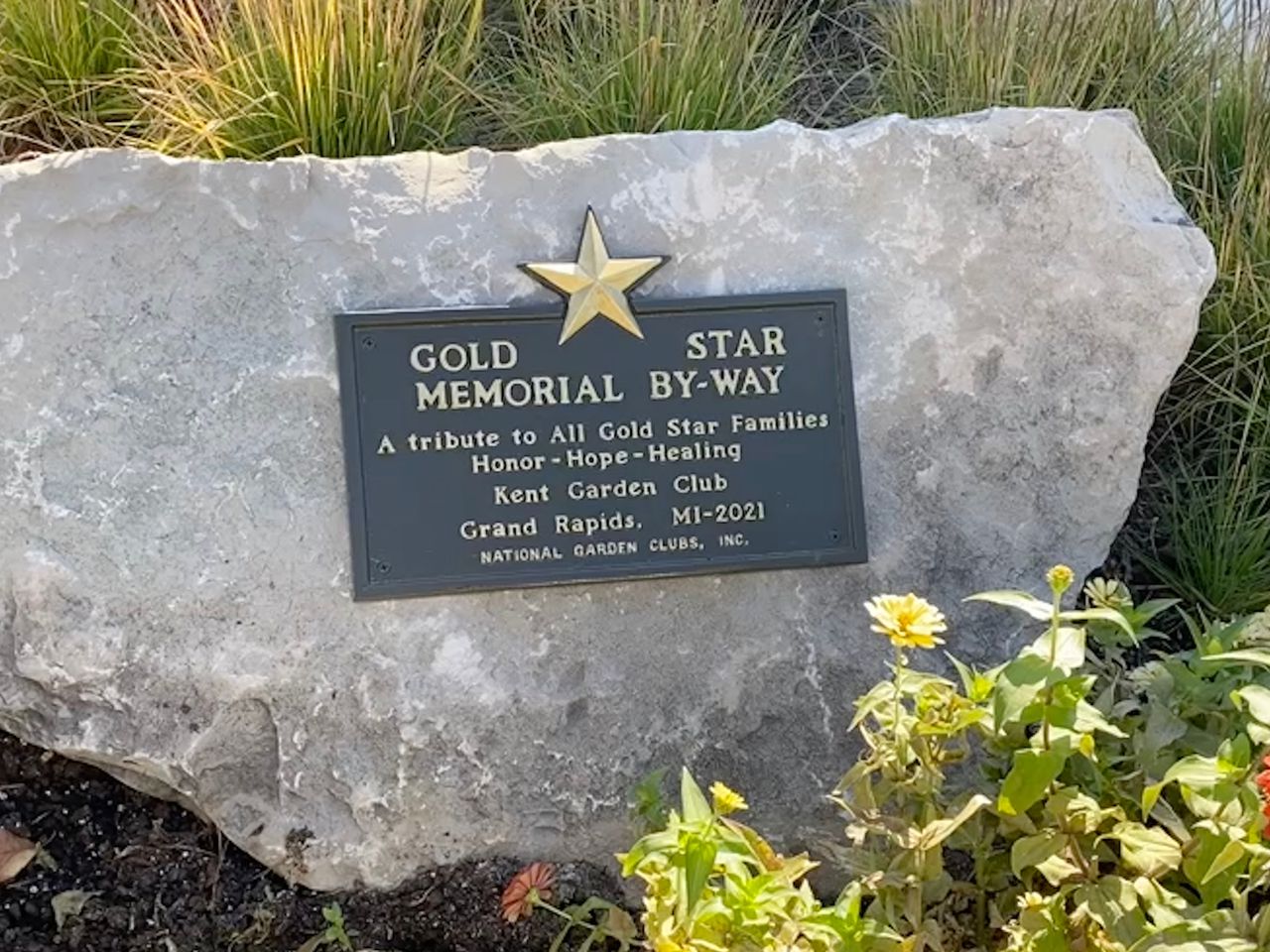 GRAND RAPIDS, MI – The Michigan Veteran Homes in Grand Rapids and the Kent Garden Club have unveiled two memorials honoring US service members and families where an immediate relative died in the line of duty.

The Blue Star and Gold Star memorials were unveiled and dedicated on Saturday May 14, with remarks from a number of retired military officers and other officials.

The ceremony included a release of the colors led by the Union High School Junior ROTC Color Guard, with music and taps performed by the Northview High School Band and soloist Brandon Harris.

The event was hosted by Michigan Veteran Homes in Grand Rapids, located at 3000 Monroe Ave. NE, as well as the Kent Garden Club who helped create the Blue Star and Gold Star monuments and surrounding gardens.

The memorials are two boulders with plaques in the memorial garden.

Michigan Veteran Homes in Grand Rapids is a state long-term care veteran home that also serves those who need shorter stays for rehabilitation and therapy. The facility is open to honorably discharged veterans and their dependents, such as spouses, parents, widows, and widowers.