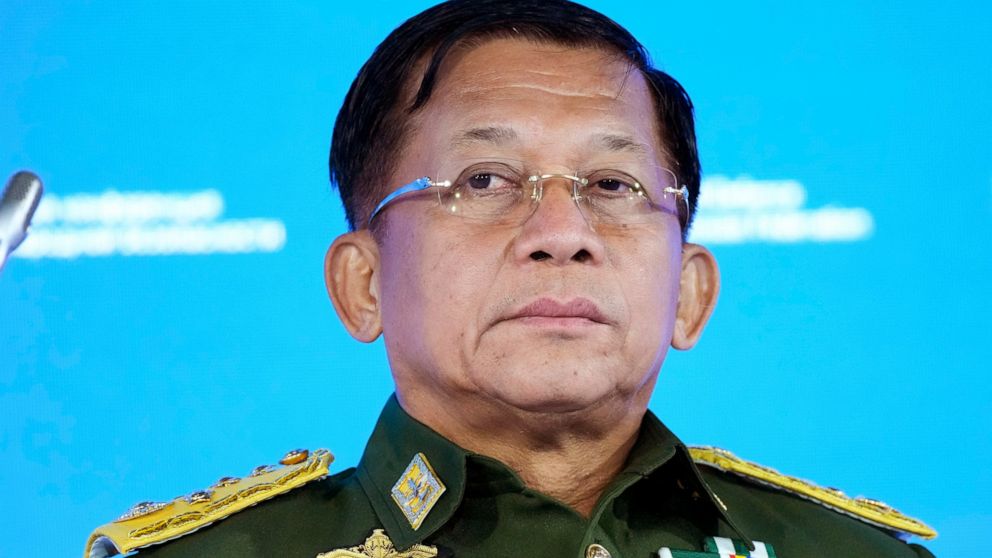 BANGKOK– The leader of Myanmar’s military-installed government on Monday announced the extension of his government mandate for another six months in preparation for elections, which he said will be held next year.

The army took power from the elected government of Aung San Suu Kyi on February 1 last year. It cited alleged fraud in the November 2020 general election, which Suu Kyi’s National League for Democracy party won in a landslide victory while the military-backed party fared poorly.

Independent election observers said they found no evidence of major irregularities and the army takeover was met with widespread nonviolent protests across the country. Security forces used deadly force to disperse them, leading to armed resistance from pro-democracy forces. The escalation of violence has since plunged Myanmar into what UN experts have dubbed a civil war.

Senior General Min Aung Hlaing, head of the ruling State Administrative Council, said in a broadcast speech Monday that the state of emergency declared after last year’s takeover was extended because time was needed to prepare new elections, or as the official announcement of the extension said, “go ahead to work to put the country back on the path of a peaceful and disciplined multi-party democratic system and to hold democratic multi-party elections”.

The military originally stated that new elections would be held a year after its takeover, but later said they would be held in 2023. There is significant doubt that they will be free and fair as most of Suu Kyi’s party leaders have been imprisoned, and there is a strong chance that the party itself will be dissolved by the pro-military courts.

Min Aung Hlaing said the military has “tried its utmost to fulfill (its) responsibilities” since seizing power.

“However, terrorists inside and outside the country and the people and organizations who support them are committed to the utter devastation of Myanmar instead of trying to promote democracy in Myanmar,” he said.

While some opponents of military rule have employed tactics such as assassinations and bombings, the military refers to almost all opponents as “terrorists.”

UN experts and human rights groups are more critical of state repression, which reliable reports have included arbitrary arrests and killings, torture and military crackdowns, including airstrikes and the burning of entire villages.

“To ensure that there is no injustice, threats or coercion in the forthcoming elections, armed conflict must cease,” Min Aung Hlaing said in what appeared to be a reference to the government’s ongoing military operations conducted against ethnic minority groups as well as pro-democracy forces and their supporters.

“In order to hold the elections, we will accelerate our public security system’s efforts to stabilize the nation’s politics and security,” he said.