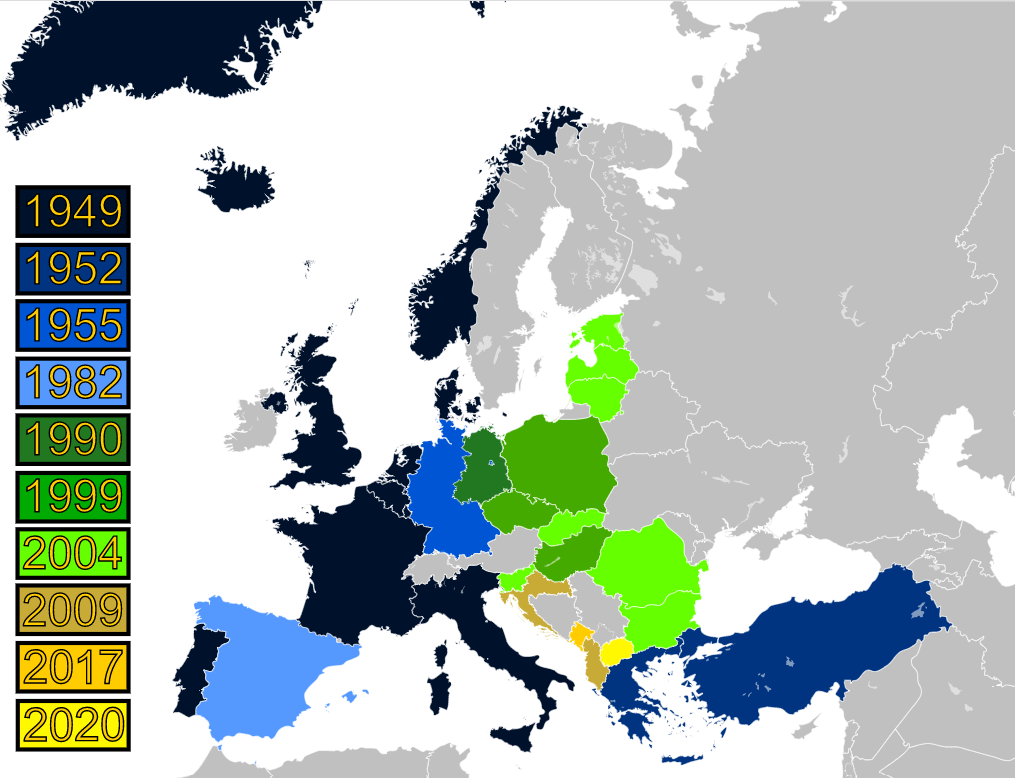 NATO, the US and the threat of war on two fronts

The NATO summit in Madrid has come to an end and the danger of a global war has increased. On June 29-30, NATO showed the world that the war in Ukraine will drag on and grow in intensity. It has also deliberately expanded its scope to threaten global security and peace.

NATO’s new Strategic Concept makes it clear that it views China as an enemy and a regional and global security threat.

The document states: “The declared ambitions and coercive measures of the People’s Republic of China (PRC) challenge our interests, security and values”.

It also said that China is “using its economic clout to create strategic dependencies and strengthen its influence,” and claimed that there is a “deepening strategic partnership between the People’s Republic of China and the Russian Federation” aimed at “undermining the rules-based international”. order running[ning] contradicts our values ​​and interests”.

The statement pledged to provide “individually and collectively the full range of forces, capabilities, plans, resources, assets and infrastructure needed for deterrence and defense, including for high-intensity, multi-domain warfare against nuclear-armed peer competitors.”

NATO’s decision to designate China as a “security threat” is serious. There is no more masquerade behind ambiguous language. NATO’s Strategic Concept, policy and program for the next decade has declared China a real enemy.

For its part, China responded quickly and predictably. The Chinese mission to the European Union called on NATO to “stop provoking confrontations by drawing ideological lines, abandoning the Cold War mentality and the zero-sum game approach.”

The Chinese statement continued, “As NATO views China as a ‘systemic challenge,’ we need to pay close attention and respond in a coordinated manner. When it comes to actions that undermine China’s interests, we will respond decisively and decisively.”

In one fell swoop, NATO and with it the United States have made the world an even more dangerous place.

Australian Prime Minister Anthony Albanese repeated the refrain that the western world was reaffirming its democratic values ​​and that the NATO summit had been successful. If success can be measured by raising global tensions, then Albanese is right. His words did little to mend bridges to the country’s most important trading partner.

After the election of the Labor government there was talk of a “thaw” in relations between the two countries. Still on 18.6. The guardForeign Affairs and Defense correspondent Daniel Hurst spoke of how “the new Albanian government is embarking on a grand experiment”. He asked whether a “different tone” would be enough “to put the relationship on a better footing”.

This question has been answered.

Less than two weeks later that China Daily editorially on June 29 that “the take away of his [Albanese’s] So, it could be said that while he speaks of wanting to improve his country’s relationship with China, he must either make a dedicated effort to better understand the issues that have led to a precipitous deterioration in bilateral relations, or be diplomatic have to be smarter. “Unfortunately, the NATO summit is not conducive to this – on the contrary,” it said.

Such a rampage of rhetoric does not bode well. But it is inconceivable that the government could behave differently. While China may be Australia’s largest trading partner, it is the US direct capital investment in Australia – 25% – that ensures the “fair” line is taken.

The future of the region looks bleak: China has been declared an enemy and NATO is going global. Japan, South Korea, New Zealand and Australia were willingly co-opted into this de facto military bloc.

The war in Europe continues. Russia, the other declared enemy, sees its already weak economic base shrinking and its military capacity eroded as a result of its invasion of Ukraine.

The domestic political legitimacy of Russian President Vladimir Putin is being shredded. The winner, if such a term can be used, will not be the people of Ukraine. It will be the US government whose NATO allies are waging a proxy war on the western front.

We are witnessing the birth of an enlarged, globalized NATO, in which the US will lead a coalition of Asia-Pacific states, including Australia, to intervene politically, economically and possibly militarily on another proxy Eastern front against that other “enemy” – China .

NATO’s Strategic Concept 2022 takes us to a future that deliberately contemplates the unthinkable.

NATO, the US and Australia could speak of “democratic” values ​​and defending a “rules-based order” in the world. The reality is different: only economic power counts for them.

Wars are fought when one side believes the benefits outweigh the costs, or when one side believes it faces an existential threat. The US, as the capitalist hegemon of the world, may well believe that the benefits outweigh the costs. There is a threat – the loss of total control over the capitalist economy. The NATO summit showed us what the world could be like and what the US is prepared to do.