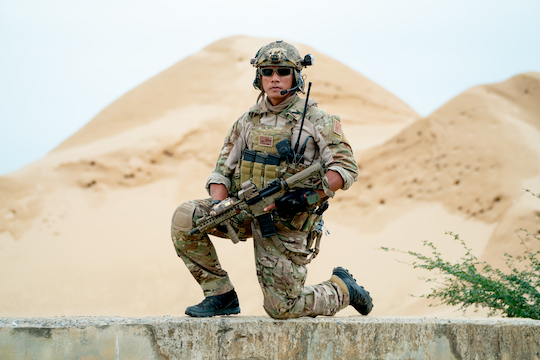 A new study from Rice University and the University of Nevada, Las Vegas on American attitudes toward military intervention finds that the public prefers the US to work with other military powers, protect civilians and resolve conflicts peacefully.

Specifically, the researchers examined public opinion about military intervention in a hypothetical civil war in which the motives for US involvement varied.

They presented the survey participants with various scenarios in which political and humanitarian interests would be harmed. Fang and Oestman examined attitudes toward three aspects of military intervention: motivation, form, and mandate (in other words, what it takes to be successful). This research took a different approach from previous opinion polls, which measured attitudes toward specific military campaigns as they were being developed.

“These types of polls, conducted in the midst of specific military conflicts, may not provide all of the options and dimensions for the public to consider and therefore often do not paint a complete picture of public preferences,” Fang said. “By using this hypothetical scenario and an experimental survey design, we were able to use a consistent framework to compare public support in different scenarios.”

Rather than supporting US soldiers fighting without allies, the study found that people were more likely to support multilateral interventions (including United Nations peacekeeping efforts), the protection of civilians and the peaceful resolution of conflicts. The only scenario in which most respondents expressed support for unilateral intervention was counter-terrorism. Fang and Oestman also noted that concerns about the perceived legitimacy of a US intervention outweighed the cost and success of a military campaign.

Breaking down the results by gender, political views, and educational level, the researchers found that Republicans are less supportive of UN-led peacekeeping efforts than their Democratic counterparts. People with at least a college degree were significantly less likely to single-handedly support the US in a military intervention. Those who expressed higher degrees of nationalism and/or were less educated were more likely to support unilateralism. Finally, women were more likely than men to support peacekeeping and the protection of civilians.

“Our study shows that Americans are very supportive of US military involvement in the scenarios we present,” Oestman said. However, perhaps because of the long wars in Iraq and Afghanistan, they also show a strong preference for the US to prioritize efforts focused on protecting civilians and resolving conflicts peacefully over direct involvement in combat . Linked to this could also be the statement that they are also very concerned about the legitimacy of any US action.”

/Public release. This material from the original organization/author(s) may be post-date in nature and may be edited for clarity, style and length. The views and opinions expressed are those of the author(s). full view here.