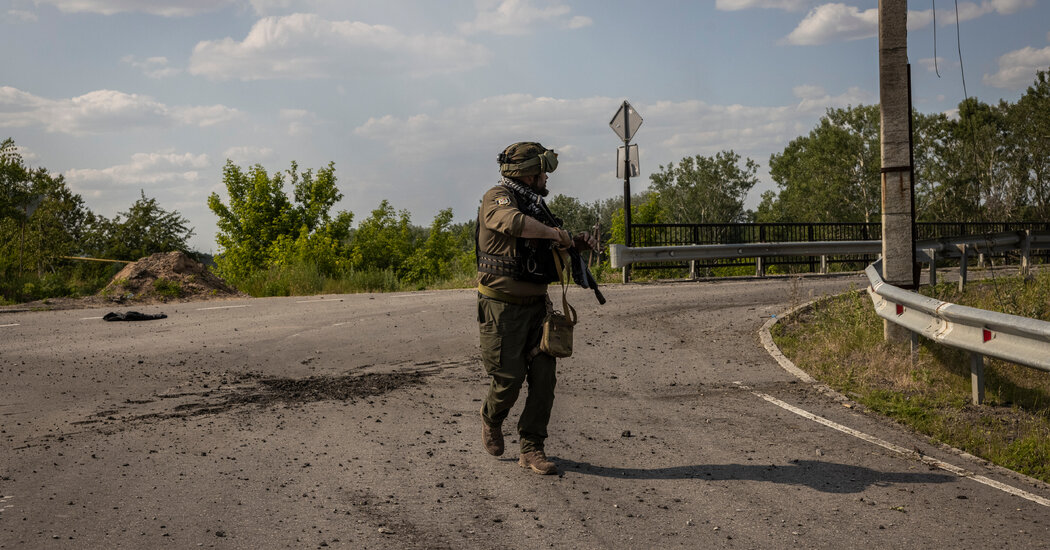 News from the war in Ukraine: Russian forces enter the center of Sievierodonetsk

BRUSSELS – Ukraine’s European allies face issues of both tactical and political importance, while bloody battles in the east of the country grind and tilt in Russia’s favour.

On the tactical front, NATO allies, and particularly those near Ukraine, are challenged to have their own supplies tapped in support of the war effort, leaving them with depleted arsenals.

And on the political front, the question of whether the European Union will take the plunge and grant Ukraine candidate status for the bloc will have to be answered before the end of the month.

Realities on the battlefield, with Ukrainian officials anticipating that Russia could completely encircle the eastern city of Sievierodonetsk in the Donbass region in the next two to three days, are likely to influence decisions on both how to replenish arsenals and how to send in ammunition , as well as the decision to give hope to Ukraine by granting it EU candidate status, even if it is not yet technically ready.

“There was always a feeling that as the focus shifted south and east, there would be the potential for greater Russian gains based on larger masses and their existing territorial acquisitions,” said Ian Lesser, a former State Department official. he heads the Brussels office of the German Marshall Fund.

“But it raises more serious longer-term questions about the nature of the conflict, Ukraine’s goals and Western goals in relation to them,” he added.

He said accelerating delivery of longer-range weapons at Ukrainian request, as well as training Ukrainian troops needed to deploy them, would help the country hold the front lines.

However, several EU member countries fear they have sent too many of their ammunition stocks to Ukraine and are lagging behind in replenishing their arsenals. The primarily free-trade bloc, for which foreign policy and defense are not integrated, rally to procure supplies.

But the more strategic question of whether to grant Ukraine candidate status later this month is also a pressing matter for the country’s European allies.

Visiting Kyiv on Saturday, European Commission President Ursula von der Leyen said her government would issue a statement by the end of the week on whether the European Union should grant candidate status to Ukraine. Ultimately, however, the decision is a political one that EU leaders will have to make at their June 23-24 summit in Brussels.

After gaining candidate status, most countries need at least a decade of reforms and negotiations to become full EU members. Should Ukraine get the green light later this month, given its dire situation and pre-war corruption and governance problems, its road is likely to be long and hard.

It would still send a strong message, experts say.

“Whatever the territorial reality on the ground, this deepening of the perspective of Euro-Atlantic integration for Ukraine is very meaningful,” said Mr. Lesser. “And to the extent that it promotes a growing prospect of an increasingly westernized Ukraine versus a Russia drifting towards an Asian imperial stance, the political contrast between these two actors will only increase.”

Please do not call the Myanmar military “Tatmadaw” · Global Voices