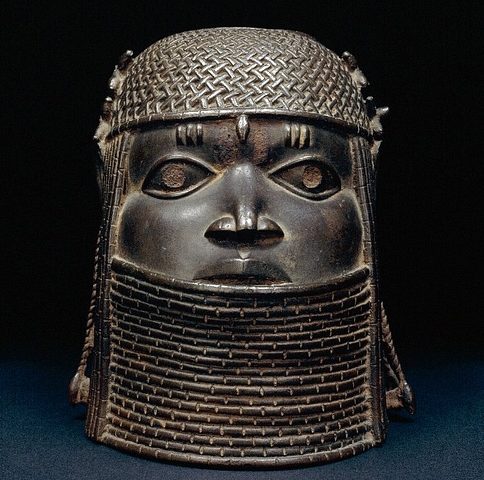 
The Nigerian federal government demands the complete and unconditional return of the 1,130 Benin bronzes that were looted by the African nation in the 19th century and kept in German museums.

The Minister for Information and Culture, Lai Mohammed, demanded on Wednesday in Berlin during separate talks with the German State Minister for Culture Monika Grutters and the German Foreign Minister Heiko Maas.

In response to Mr. Grutters ’remarks that Germany was ready to return the 1,130 looted artifacts” significantly, “Mohammed, who led the Nigerian delegation to the talks, said the return should be complete rather than substantial.

He also said that the question of provenance, which has to do with the place of origin of the artifacts, should not unnecessarily delay the repatriation of the works of art, adding, “That they are known as Benin bronzes is already a confirmation of their source of origin ( which is Benin). “

Later, at a meeting with the German Foreign Minister, Mr. Mohammed said that the return of the artifacts should be “absolutely unconditional,” which he described as an idea whose time has come.

He said the ongoing discussion between Nigeria and Germany over the return of the works of art was not just the end of an era, but the beginning of a new perspective on stronger cultural diplomacy between the two countries.

Mr. Mohammed thanked the German government for taking the lead in the global effort to repatriate all artifacts looted from Nigeria and even from the African continent.

“We see Germany as a leader in efforts to take practical steps to return our stolen artifacts, and we hope Germany will maintain that lead,” he said

Edo State Governor Godwin Obaseki, who was also a member of the Nigerian delegation, said a “transformational” museum will be built in Benin City to house the artifacts upon their return as part of a new cultural district in the city.

Mr Obaseki said he was attending the talks to demonstrate the strong partnership between the Nigerian federal government, the royal family (Benin) and the people of Edo state.

Nigerian Ambassador to Germany Yusuf Tuggar said the question of the return of the Benin bronzes should be seen as an opportunity to take cooperation between Nigeria and Germany to a greater level.

“This is an opportunity not to be missed. Minor problems shouldn’t delay the repatriation, ”he said, praising the German government for taking the lead in the repatriation process.

The German Minister of State for Culture had previously said: “The way in which we deal with the issue of Benin bronzes is important in order to come to terms with our colonial past”, described the problems as “an important personal concern”.

She announced that the 1,130 artifacts would be returned to Nigeria from early 2022.

Commenting on the fact that Germany has twice sent delegations to Nigeria to discuss the proposed return, Mr Gutters noted that both sides have gone beyond mere talks and said that every museum in Germany that has Benin- Bronzen, I have agreed to a collaboration.

The Nigerian delegation, which also includes the Director General of the National Commission for Museums and Monuments (NCMM), Abba Tijani, and the Beninese Crown Prince, His Royal Highness Ezelekhae Ewuare, were later taken on a tour of the Humboldt Forum, a royal palace that has been converted into a museum in the heart of Berlin and houses works of art from all over the world.

The artifacts come from the Benin Royal Court after the British incursion in 1897. On January 12, 1897, Rear Admiral Harry Rawson, Commanding Officer of the Royal Navy at the Cape of Good Hope and on the west coast of Africa station was appointed by the Admiralty to one Lead forces to invade the Kingdom of Benin, conquer Benin Oba and destroy Benin City.

The operation was called the Benin Punitive Expedition.

ALSO READ: Oba of Benin Talks Returning Artifacts Looted by Britain and Others

About 40 percent of the works of art ended up in the British Museum, while other works were given away as spoils of war to individual members of the armed forces and the rest were auctioned off by the Admiralty. Most of the Benin bronzes auctioned were acquired by museums, mainly in Germany.

Benin art was copied and the style integrated into the art of many European artists, thus having a strong influence on the early formation of modernism in Europe.

Several aspects of the expeditions have been featured in Nigerian films such as The Mask (1979), starring Eddie Ugbomah; and Invasion 1897 (2014), directed by Lancelot Oduwa Imasuen.

Support the journalism of the PREMIUM TIMES for integrity and credibility

Good journalism costs a lot of money. But only good journalism can ensure the possibility of a good society, accountable democracy and transparent government.

In order to continue to have free access to the best investigative journalism in the country, we ask that you give your humble support to this noble endeavor.

By contributing to PREMIUM TIMES, you are helping to maintain relevant journalism and ensure that it remains free and available to all.

Court found 60% of the US Air Force responsible for the shooting in Sutherland Springs, Texas