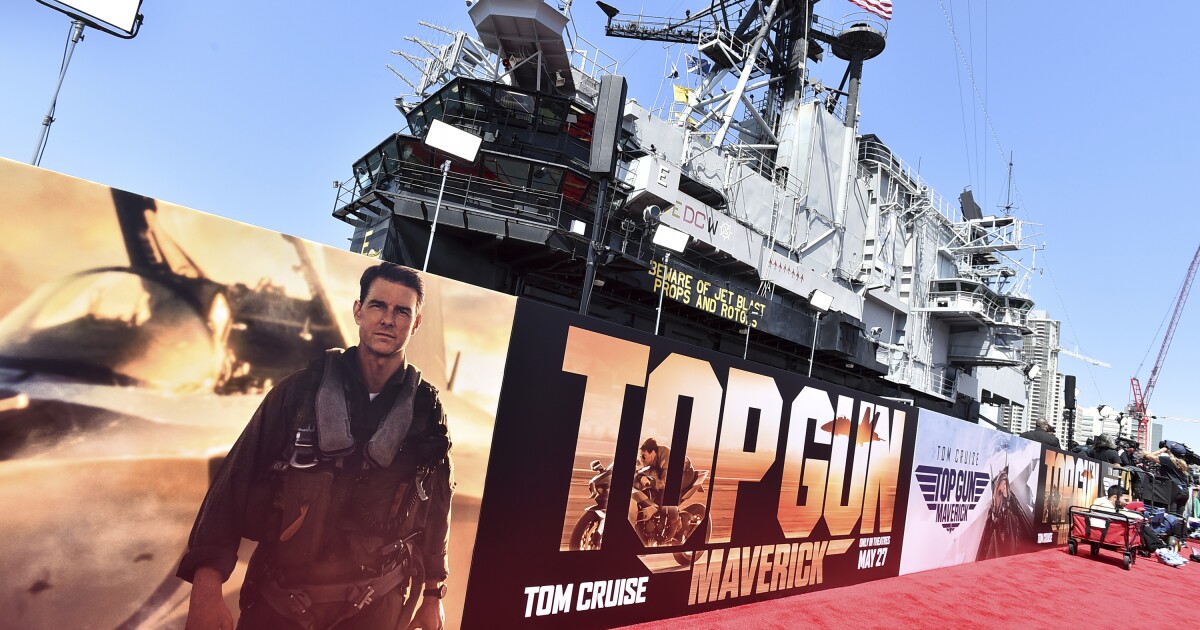 Op-Ed: I almost died in Afghanistan. And yet I love war films

I have an unusual relationship with war films. The cinema of struggle merged with my reality in a surprising way.

In 2012, when I was a staff sergeant in the US Army in Afghanistan, I dropped my backpack on an improvised explosive device and the explosion that followed lost parts of both my arms and legs – and almost my life. In addition to my severe physical injuries, I struggled with deep emotional scars, not to mention anger. Part of me wishes my friends would just let me die. For the record, I’m healthy and happy now, and I run a foundation dedicated to helping veterans like me.

Still, you might think I’d never want to see a war film again. nope I love them, fascinated by them as always.

In fact, I hope the genre continues to thrive and grow. It helps us to understand our culture and our own identity as a nation – and the painful experiences of other nations, like Ukraine, in fighting the invasion – in a visceral way that history books and news reports just can’t. The Pentagon has created thousands of military films and television shows for recruitment and publicity purposes, and many are indeed inspirational. Some of the best — not necessarily the ones the Department of Defense would endorse — are also important history lessons for our young people.

My interest in war films—and the history they capture—began in middle school when my grandmother gave me a VHS copy of Michael Mann’s 1992 epic Last of the Mohicans. It showed colonial hand-to-hand combat at its most brutal, demonstrating guerrilla warfare against a conventional army. That was almost 250 years earlier, but the film’s French and Indian wars foreshadowed our experience in Afghanistan – except this time we were playing the role of the British fighting on uncharted territory.

The HBO miniseries Band of Brothers — which premiered days before 9/11, 2001 — inspired me to join the Army. And then, 11 years later, as I was dying in Afghanistan, I thought of a scene from another WWII drama, Steven Spielberg’s Saving Private Ryan.

A young paramedic shot through the liver knows he’s dying; his life is bleeding. He cries for his mother as the morphine takes effect. It’s almost too painful to see.

As I lay on that street in 2012, bleeding, certain I was going to die, I thought, “No matter what, I’m not going to scream like that.”

When Saving Private Ryan was released, some D-Day veterans had to leave the theater during the blood-soaked Omaha Beach opening sequence. It was just too realistic. Now I’ve seen movies that reflect my experience just as accurately.

2019’s “The Outpost” is perhaps the most accurate depiction of the fighting and dying in Afghanistan, and “Band of Brothers” proves – in retrospect – to be even more lifelike than I knew from the context of the soldiers walking. These two films show the life of soldiers when they are Not Battle. The boredom. The fooling around. The sometimes brutal rainfall.

Did I mention boredom?

Gary Sinise’s character from Lt. Dan Taylor in Forrest Gump – losing his legs in a particularly harrowing fight sequence and wanting to die right after, at least initially – touched me in a powerful and obvious way.

But war films don’t have to depict battles to be etched into our consciousness. I remember William Wyler’s The Best Years of Our Lives from 1946. It’s about three veterans returning home from World War II.

A character who has just returned from the Pacific learns that his teenage son has fallen in love with Japanese culture. The sequence appears to question our nation’s motivations, remarkably prescient given the debates over the decades that followed about our country’s role in foreign conflicts.

“The Best Years of Our Lives” has captured on screen – right in front of us, living and breathing – the complex emotions of a seminal moment in American history. And Russell’s extraordinary accomplishment helped this country become more comfortable with disabilities.

So why are war films important today?

The military and military service are not as integrated into our society as they used to be. Yes, women and people of color are now welcome in our armed forces, which reflects more of our society. But there are many places in our country where service is practically unknown.

That’s one of the reasons I see the value in current popular movies like Top Gun: Maverick and Operation Mincemeat, which if not war movies are at least military themes. They differ from the lessons we learned from such classics as All Quiet on the Western Front (1930), The Story of GI Joe (1945), Rome, Open City (1945), Battleground (1949 ), “The Longest Day” (1962), “A Bridge Too Far” (1977). After this era came films that paid more attention to the horrors of war or showed them fearlessly: “Forrest Gump”, “The Thin Red Line”, “Flags of Our Fathers”, “Black Hawk Down”.

War films also remind us of what our fathers and grandfathers—and our grandmothers, as in The Best Years of Our Lives— went through so that we could live in peace. And they can not only be instructive, but also exciting.

I can tell you from experience it’s just the right kind of “exciting” because when you see war on screen, no one shoots at you, attacks you with a tomahawk, or buries a bomb at the exact spot where you are you are about to drop your backpack.

Travis Mills was a staff sergeant in the US Army and founded the Travis Mills Foundationwhich operates a camp in Maine for injured post-9/11 veterans and their families.