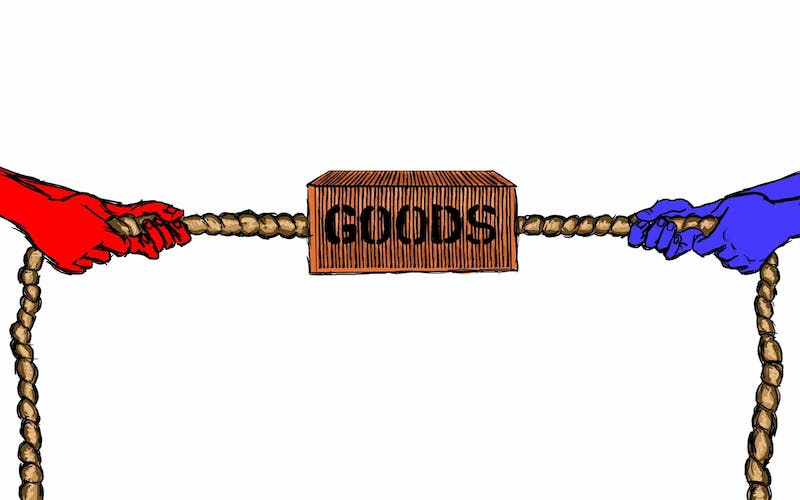 Economic sanctions have become more common in the field of international relations over the past half century. These are financial and commercial penalties imposed by one or more countries on other countries for various political or economic reasons.

They offer an alternative to traditional military tactics to incentivize “good behavior” or actions that would be welcomed by other countries. Cases like the Obama administration’s sanctions on Russia for the 2014 invasion of Crimea, or George W. Bush’s sanctions on Syria serve as good examples of the scenarios in which they are typically used.

The use of economic sanctions has steadily increased over the past few decades in the United States and other parts of the world. And in an increasingly globalized world, they offer a diplomatic alternative to traditional warfare. Against this background and depending on the outcome of the current war in Ukraine, these types of sanctions could practically replace global conflicts in the future.

It depends on the outcome of the current conflict in Ukraine. The US, the G7 nations and the EU have all imposed economic and financial sanctions on Russia, barring her from foreign investment and international financial transactions, to dissuade her from continuing her assault on the Ukrainian people.

Related: [OPINION: We have a gross misunderstanding of the degree of wealth inequality in the U.S.]

For the most part, this is the first time the world has imposed sanctions on a highly integrated country in the global economy, so the potential outcome is unclear as to whether these will encourage Russia to actually cease fire. One thing we can know for sure is that the sanctions are causing real damage to the Russian economy.

IU Professor Michael De Groot explained some of the implications of these sanctions and Russia’s options. This year alone, US estimates see Russia’s overall economy contracting by about 20%, and interest rates could potentially rise into double digits, he said.

“It’s going to bite hard,” De Groot said. “There’s just no getting around it.”

But that doesn’t mean Russia doesn’t have ways to mitigate these effects. It is quite possible that Russia will try to replace its normal imports with domestically produced goods and services, De Groot said. This in turn would create jobs and opportunities for the Russian people and improve the state of their economy.

Another alternative would be to turn to the Eurasian Economic Union – a coalition of Armenia, Belarus, Kazakhstan, Kyrgyzstan and Russia – for economic relief. However, the aid these nations could provide would not be sufficient to combat the damage done to Russia’s economy, and the domestically produced substitute goods would be far inferior in quality, he said.

“The longer this goes on, the more Russia will be deformed and lag behind,” De Groot said.

If Russia continues its invasion of Ukraine, it will continue to see increasing sanctions against its economy and find itself locked out of the international community and the world economy.

The country’s only major export would be natural gas, and in a world turning to more renewable energy sources, it would have few global alternatives to build its wealth and financial strength.

This is how things are now. With all the treaties, agreements and intercontinental coalitions of this globalized world, traditional warfare is now the last resort for many countries. If you do something the world doesn’t approve of, you will pay for it – literally.

Sean Gilley (he/him) is a senior studying Politics and Economics with a degree in Computer Science.