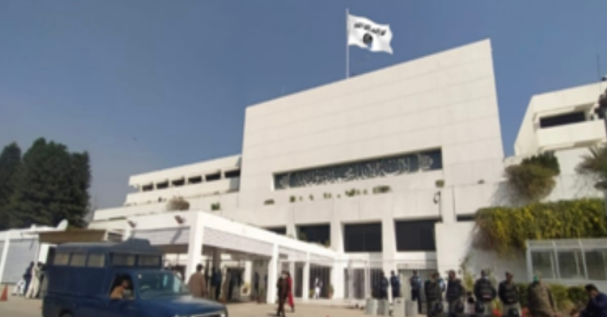 On the occasion of the Defense and Martyrs Day of Pakistan on September 5, Army Chief General Qamar Javed Bajwa made statements such as: In 1965 Pakistan had defeated India – an enemy that was many times stronger; Pakistan’s key role in the peace effort in Afghanistan is evidence that India has, as always, taken an irresponsible stance; Kashmir is a recognized dispute and Pakistan will not accept a unilateral decision on this matter; Pakistan will win the fifth generation hybrid war.

It is recognized worldwide that the Pakistani army never waged a single war; Put aside the 1965 war with India. If anyone had asked him about the 1971 India-Pakistan War, Bajwa might have replied that Bangladesh was never a part of Pakistan and that the 93,000 Pakistani prisoners were imaginary because Pakistan had never participated in the world wars.

Pakistan’s monumental perverse contribution in Afghanistan to forcing America to surrender the country to the Taliban and a Taliban government that is also mostly made up of branded terrorists is well known. The illegal claim to Kashmir is, of course, the real reason the army continues to hold Pakistan in a stranglehold; more and more Crorepati generals are produced.

Bajwa’s joke that Pakistan won the fifth generation war, or the hybrid war, is intriguing. Pakistan has been waging a proxy war against India for three decades. So why this sudden outbreak? Certainly he had not foreseen the massive Tehreek-e-Labbaik Pakistan (TLP) protests that followed in October and forced the Pakistani establishment to negotiate peace. It was also difficult to decipher what was behind the usual walnut-like expression on Bajwa’s face. But now it turns out that Pakistan wallows in the snake pit itself, which explains Bajwa’s wayward statements; It’s the tail of the military that’s on fire.

The Tehrik-i-Taliban Pakistan (TTP) and the Islamic State of Khorasan Province (ISKP) were both ideas of the Pakistani military ISI that are cracking down on the Pakistani establishment today. Initially, the TTP (then known as the Punjab Taliban) operated shoulder to shoulder with the Pakistani army in Afghanistan even before the US invaded Afghanistan. The ISI also used them to recruit cadres in the Badakhshan region in northern Afghanistan.

But TTP-ISI relations went awry when the Pakistani Army launched regular air and artillery strikes in North Waziristan and the FATA as part of counterinsurgency campaigns that claimed thousands of civilian casualties, including families of TTP cadres, during lakhs were evicted. Ultimately, the TTP responded with an attack on the army school in Peshawar in December 2014, killing 150, including around 134 students – wards of Pakistani military personnel. This has been criticized by the Afghan Taliban, perhaps because they were unable to get such revenge on the Americans and the Afghan security forces in Afghanistan.

In 2019, the U.S. Department of Defense had estimated 3,000-4,000 TTP cadres in Afghanistan. But in November 2020, the Amjad Farouqi group (faction of Lashkar-e-Jhangvi), the Musa ShaheedKarwan group, Mehsud factions of the TTP, Mohmand Taliban, Bajaur Taliban, Jamaat-ul-Ahrar and Hizb-ul-Ahrar joined forces all together with TTP. When the Taliban took over Afghanistan in September of this year, more than 2,000 TTP cadres were released from the prisons in Afghanistan along with some leaders – much to Pakistan’s chagrin.

Foreign fighters have begun to join the ranks of the TTP. Asadullah, a British fighter who is completing his training with TTP, says he came to Khorasan to fight the “Kuffar Pakistan armies” and America’s allies. “We know the people who have damaged the Islamic Emirate of Afghanistan (IEA) the most. It was Pakistan that did the most damage. It was Pakistan that provided US airbases, intelligence and all sources of information, and most importantly, gave the Americans travel routes so that they could attack Afghanistan from Pakistan …… .. Your (Pakistan’s) Muslim brothers and sisters will be in your own country (Pakistan) suppressed in Waziristan and Balochistan and various provincial authorities. You are silent about them. “

The ISIS-K (also called ISIS-K) was configured by the ISI in Peshawar by mixing elements of the Afghan Taliban and the TTP (US intelligence referred to them as “angry” elements of both groups), mixed with Pakistani terrorist groups and pushed west into the Afghan province of Nangarhar. The Afghan security forces had named this unit the “ISI Brigade” instead of the ISKP Brigade. The US then began to abduct ISIS cadres via Pakistan to Afghanistan. The deadly ISIS-K operations in Afghanistan are currently targeting the Afghan Taliban and security forces – most recently the attack on the 400-bed Sardar Mohammad Daud Khan military hospital in Kabul on November 2, 2021, in which at least 25 people were killed and dozen injured .

A news channel quoted Nazifullah, an ISIS-K member, as saying, “Our first goal is to destroy Pakistan because the main reason for everything in Afghanistan is Pakistan. When the Taliban were here (even when the previous government was in power) they said we controlled 80 percent of the country, but they didn’t enforce Islamic rules. That’s why we got up in this area and started (ISIS-K). We want to implement Sharia law. We want to implement the way our prophet lived, how he was dressed, the hijab was there. We don’t have much to contend with at the moment. But if you give me something, I’ll fight Pakistan now. “

The problem with the Taliban is that they are fighting an invisible enemy in the IS-fight. Haibatullah Akhundzada, chief Taliban leader, has warned of intruders within the Taliban. One of the leaders of the Uyghur community in northern Afghanistan says that since the Taliban are demanding the eviction of ISIS-K from Afghanistan and China wants the Uyghurs to leave Afghanistan to find refuge in Afghanistan, it may prove unfortunate. On the other hand, ISIS-k can easily take advantage of this opportunity to recruit Uighur militants who the Islamists will see as their defenders.

Talat Masood makes three interesting observations in his November 3rd article in the Express Tribune: First, Pakistan is “drifting”; second, the increasing incidents of terrorist attacks in the former tribal belt, in which several young officers and soldiers have been killed, are not receiving the government’s due attention, and third; the consequences of the Taliban’s willingness to change could also affect Pakistan.

While Qamar Javed Bajwa talks about winning the fifth generation war, he knows that Pakistan has a bomb under his chair whose fuse is already smoldering and there is little he can do about it. Whether he is planning a military takeover of Pakistan or a rehabilitation through the chairmanship of the Islamic Military Counter-Terrorism Coalition (IMCTC) like one of his predecessors, or simply settling abroad while Pakistan is writhing in the snake pit remains a mystery.

In the new revolt in Sudan, women and youth will settle for nothing less than full…