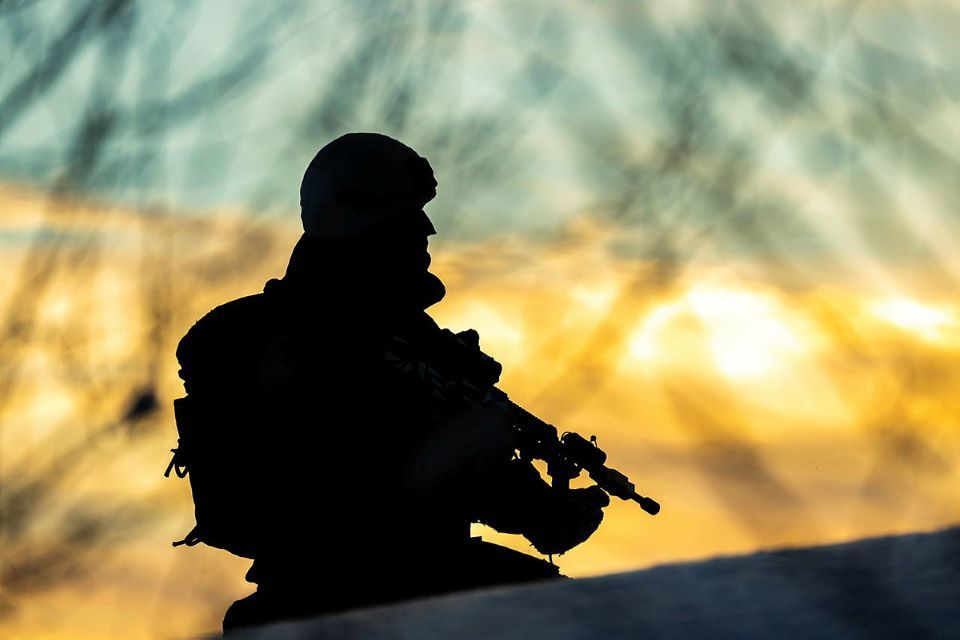 The recipients have all shown exceptional courage and dedication during deployments, with numerous recipients being recognized for their exceptional contribution to the evacuation of Afghan and British nationals from Afghanistan during Operation Pitting.

I want to congratulate the inspirational servicemen and women who have been recognized in the list of Armed Forces Operations Awards and Commendations. The awards highlight the skills and bravery of the service staff in a variety of challenges both domestically and internationally.

Operation Pitting was the largest British evacuation since the Second World War thanks to our brave personnel, while Carrier Strike Group personnel have been critical to our global security. At home, our employees have also been helping to save lives while off duty—demonstrating an unparalleled commitment to serving their country.

For his role as Commander Joint Force Operations, Brigadier Daniel Blanchford Royal Marines was awarded the Commander of the Most Excellent Order of the British Empire (CBE). With a global mission to provide the UK’s ultra-high readiness crisis response headquarters, he led highly effective overseas repatriation and disaster relief efforts during the COVID-19 pandemic following the Beirut Port explosion. When the Taliban attack on Afghanistan took place, he raised, deployed and commanded a force of more than 1,000 military, diplomats, officials and British Border Force personnel to carry out Operation Pitting.

It is an honor to be included in the Ops list but this is truly a story about the incredible and humbling work of all the Soldiers, Sailors, Aircrew, RAF Police and Movement team, their selfless and compassionate dedication all around the clock is very difficult conditions allowed us to evacuate 15,000 vulnerable Afghans.

Wing Commander Kevin Harry Thomas Latchman RAF was awarded the Air Force Cross (AFC) after demonstrating exceptional leadership and bravery in the face of imminent danger during Operation Pitting. After a suicide bombing at Kabul Airport, his crew loaded distraught passengers into the hold. As he began takeoff, a convoy of three vehicles entered the runway approximately 1,000 feet in front of him. Not having time to stop, he successfully navigated the plane to remove the vehicles, which fled just 10 feet under the wing. His superior flying skills saved the lives of 377 people on board the plane.

Operation Pitting was an incredible experience for all participants and I was very proud of my squadron for their courage and professionalism in such a dynamic environment. For me, this was the most significant event in my career and I am honored to receive recognition.

Soldier Ahmed Fahim of the 3rd Battalion Parachute Regiment received a Mention in the Despatches (MID) for his unwavering courage and compassion working as the sole military interpreter for most of the time during Operation Pitting. He performed duties well beyond his rank, working tirelessly to calm distraught Afghans and calm nervous Taliban fighters who are now in control of security in Kabul. After a suicide bombing that killed over 175 people, he rushed into the desperate crowd to rescue a badly wounded baby so that he could receive medical attention just in time to save her life.

I’m so proud that I saved a few lives the day the explosive device went off near the Abbey Gate at Kabul Airport. I remember pulling out the injured and the dead and someone handed me a little baby from the crowd. I started running towards the doctor, looking at the baby as I ran, and didn’t stop running until I reached the paramedics. A few hours later the doctor informed me that the baby survived and that was my greatest joy of the day.

Lieutenant Colonel Chloe O’Brien of the Royal Logistics Corps, who played a crucial role in preparing the 1,000-strong Joint Task Force during Operation Pitting, was awarded the Queen’s Commendation for Valuable Service (QCVS). Her leadership of the logistical support of humanitarian efforts in hot, unsanitary conditions that meets ever-evolving demands was instrumental in the operation’s success and undoubtedly saved lives by providing critical care to vulnerable Afghans.

It was a challenging effort that really was an immense team effort that I’m very proud to have been a part of.

Also awarded a QCVS is Corporal Jamie Lee Found of the 2nd Battalion The Parachute Regiment for his leadership in protecting the Evacuee Handling Center and handling the crowds attempting to board evacuation flights from Kabul Airport last August. He spent hours providing hands-on management of his staff and directing his team to form a shield wall. Working tirelessly in the face of extreme adversity, he dealt with multiple casualties and deaths caused by the crushing of those trying to escape.

It was an operation we’ve never seen before – not the norm we would train for. We did public order training to prepare for certain situations, but on the humanitarian side, I don’t think you can train for that.

Lieutenant Commander Andrew Dennis Royal Navy was awarded the QCVS for excellence in protecting the health of nearly 4,000 Carrier Strike Group service personnel. He worked effectively with more than 40 countries to coordinate COVID-19 guidelines and personally developed and managed the successful strike group-wide immunization program that resulted in each individual being fully vaccinated against COVID-19.

It was a total surprise to receive an award and a great feeling to be recognized for my work with CSG. From a COVID-19 perspective, putting nine ships to sea safely was a real challenge. Policies needed to be agile, and cross-government collaboration was essential to create a secure environment that would allow us to deliver successfully.

The full list of Armed Forces Operational Awards can be found here at gov.uk