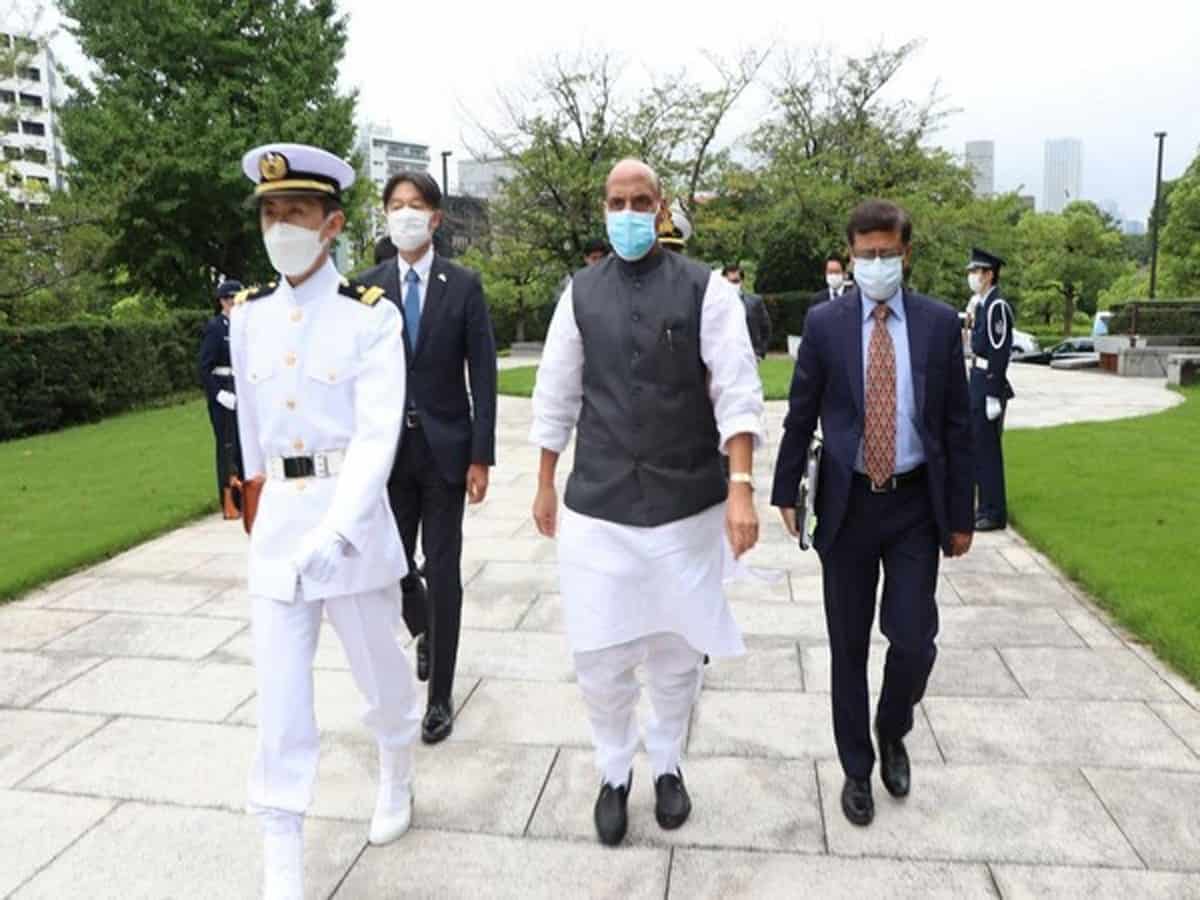 Tokyo: Ahead of the 2+2 India-Japan ministerial meeting, Defense Minister Rajnath Singh on Thursday paid tribute to the Japan Self-Defense Forces (SDF) personnel who lost their lives in the line of duty.

“My appreciation goes to the Japan Self-Defense Forces personnel who lost their lives in the line of duty,” Rajnath Singh said in a tweet.

In addition to the 2+2 dialogue, Singh will separately hold bilateral talks with his Japanese counterpart to strengthen further defense cooperation between the two countries in various sectors. In addition, Rajnath Singh will also participate in a community event organized by the Embassy of India in Tokyo and interact with the Indian diaspora in Japan.

Economic ties between India and Japan have steadily expanded and deepened in recent years as the volume of trade between the two countries has increased exponentially.

Back in May, Prime Minister Narendra Modi held a bilateral meeting with Japanese Prime Minister Fumio Kishida in Japan and had a productive exchange of views on improving bilateral ties in various areas, as well as on some regional and global issues.

During the talks, the two heads of state and government agreed to further expand bilateral security and defense cooperation, including in the area of ​​armaments production. At the time, they agreed that the next 2+2 foreign and defense ministers’ meeting could take place in Japan at the earliest.

Earlier Wednesday, the defense minister, who was in Mongolia on an official visit before arriving in Tokyo, paid tribute to the Mahatma Gandhi statue in Ulaanbaatar.

Singh also opened the Cyber ​​Security Training Center at the National Defense University in Ulaanbaatar. Built with the support of the Government of India, the center is a unique international cyber cooperation project that will be instrumental in providing cyber security training to the Mongolian Armed Forces.

Rajnath Singh also met with the Speaker of the Mongolian Parliament, Gombojavyn Zandanshatar, and congratulated him on his consistent support in promoting and expanding the common legacy of Buddhism.

India and Mongolia share a strategic partnership and defense is an important pillar of that partnership. The two democracies share a common interest in promoting peace and prosperity across the region.

Last war between Russia and Ukraine: what we know on day 196 of the invasion | Ukraine