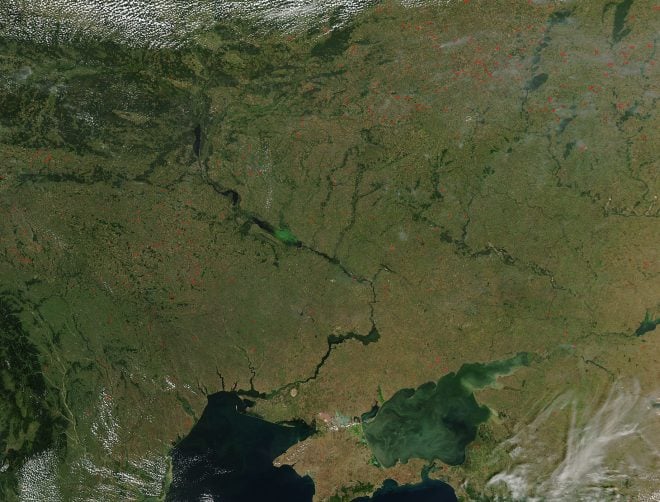 Russia’s renewed invasion of neighboring Ukraine in February 2022 marked the start of Europe’s deadliest armed conflict in decades. After a steady buildup of forces along Ukraine’s borders since 2021, Russia invaded Ukraine on February 24, 2022, with Russian ground forces attacking from multiple directions.

Initially, the Russian forces made progress in all directions of advance. However, Russian forces met effective and probably unexpected Ukrainian resistance from the start of the invasion. Additionally, many analysts and officials judge that the Russian military performed poorly overall in this first phase of the war, being hampered by certain tactical decisions, poor logistics, ineffective communications, and command and control issues. The Ukrainian military, despite being quantitatively and qualitatively disadvantaged in manpower, equipment and resources, has proven more resilient and adaptable than Russia anticipated.

During the first weeks of the war, Russian President Vladimir Putin and the Russian military had to adapt to various setbacks and other developments on the ground. After many of its advances stalled, Russian defense officials announced in late March 2022 that Russian military operations would focus on eastern Ukraine, including the Donetsk and Luhansk regions (collectively known as Donbass, where Russian-led separatists have been fighting since 2014). ) and that Russia would withdraw its forces around Kyiv and Chernihiv to the north.

Since refocusing on Ukraine’s Donbass region, Russia has gained territory in the Donetsk and Luhansk regions. President Putin has recalibrated his declared war goals, emphasizing “helping the people of Donbass who feel their unbreakable ties to Russia.” It is unclear whether Russia has the required forces to meet its newly calibrated targets, given the losses in personnel and equipment. However, short-term strategies to increase recruitment are unlikely to solve the manpower challenges and are likely to erode Russia’s capabilities in the future.

As Russia suffers from personnel shortages and supply problems, the momentum could shift to counterattacks by the Ukrainian Armed Forces (UAF). The UAF continues to train and deploy personnel to exploit Russian weaknesses, including the use of advanced Western systems to target key Russian logistics, infrastructure, and command centers. How the UAF decides to use limited resources and manpower is likely to play a crucial role in how the conflict unfolds.

Following Ukraine’s unprecedented success in retaking territory in northeastern Ukraine’s Kharkiv region in September 2022, many observers believe the momentum has turned in Ukraine’s favor for the immediate future. The UAF has demonstrated its ability to deploy forces effectively to conduct offensive operations, and the Russian military continues to suffer from endemic and structural deficiencies. Recent Russian losses in personnel, equipment and morale are likely to limit its operational capability for the immediate future.

Congress stands ready to continue to follow these developments closely, especially when considering US and world efforts in providing military support to Ukraine and responding to events on the ground.